Showing posts from March, 2017
Show all

The Art of Adulting in the 2010s: Or, Writer Posts Self-Indulgent Birthday Blog 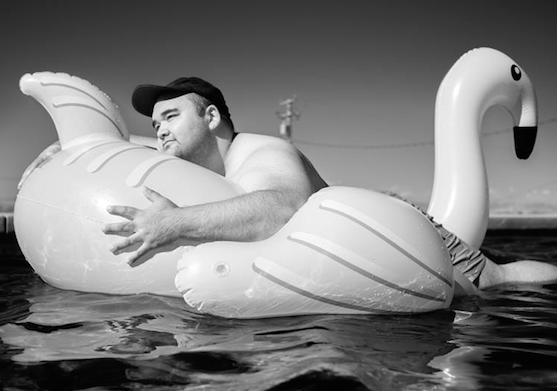 It feels like yesterday when I was a 23-year-old production assistant, driving a Ford Focus through Laurel Canyon, nursing a hangover with a Red Bull, and pondering whether or not I should succumb to the trucker hat trend that was invading the city of Los Angeles. But many years later paint a different picture. Today I stand on the precipice of those late 30s, driving a two-door coupe with a sunroof ( because nothing says "single and childless" like a two-door coupe with a sunroof ), drowning myself in caffeine to meet deadlines, and pondering whether or not I should seriously adopt a low-sugar diet because, y'know, health. My friends and I are dealing with some scary stuff nowadays. Stuff in the form of IRAs, preschool applications, mortgages, the death of a parent, the end of a relationship, health scares, the reality of Buffy the Vampire Slayer being twenty years old, and an administration that doesn't seem to care about the well-being of any minority grou
Post a Comment
Read more

Obsession of the Week: MUNA's "I Know a Place" 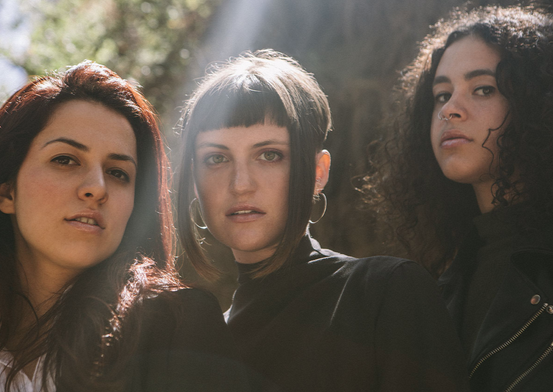 This past weekend I discovered the cure to feeling sorry for myself. And it came at the perfect time (being stood up two nights in a row kind of leads to shitty feelings). That cure is MUNA. Who the hell is MUNA? A trio of gal pal musicians who look like they frequent a few bars in Echo Park. Musically, think: HAIM-esque vocals with the sparkling, catchy production value of Betty Who. The song that hooked me in? The below "I Know A Place," a gorgeous, soaring anthem that's also a response to last year's Orlando shootings. Get uplifted. I certainly did. (PS - We need more socially-conscious electro pop like this.) And afterwards, I listened to their  new album . Favorites include: "Loudspeaker" and "Crying on the Bathroom Floor." @TheFirstEcho
Post a Comment
Read more 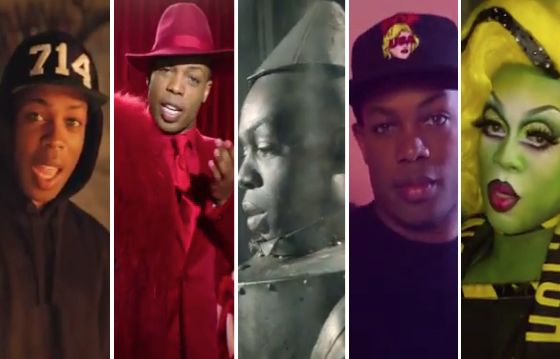 Viral superstar-turned-Broadway performer-turned-R&B-pop dynamo Todrick Hall just released his full-length, debut album (and accompanying visual album, below),  Straight Outta Oz ... ...and it. Is. Magnificent. The deluxe 22-track collection is an outstanding musical autobiography accentuated by a mesmerizing  Wizard of Oz  motif that works to resonating and gorgeous effect, chronicling his life from its oppressive beginnings, through his years of self-discovery, to his rise to fame as an undeniably gifted singer-songwriter-dancer. From the gate-busting open that is "No Place Like Home" to the grandmotherly memories remembered in the choir-backed "Proud" and the daddy lessons learned in "Over the Rainbow," (check out Wayne Brady in a dramatic role) Todrick looks back on his childhood with both melancholy and reserve. Then, it's on to the adolescent years: The uplifting "Black & White" takes us back to the 90s (with a li
Post a Comment
Read more 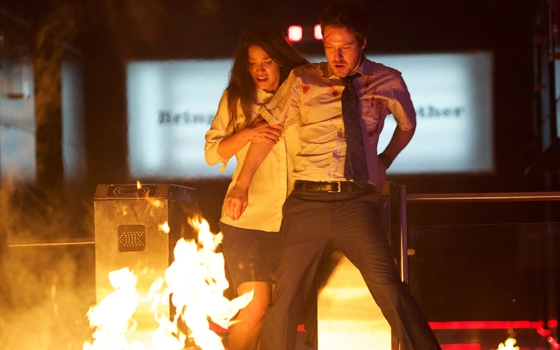 The Belko Experiment , from director Greg McLean and writer-producer James Gunn, is a bloody-good exercise (emphasis on bloody) in human savagery. Yes, it’s an awesome Office Space -meets- Battle Royale mashup, as the posters would indicate, but it’s also somewhat of a disturbing revelation... My latest review for ScreenPicks is now available over here .
Post a Comment
Read more

In Honor of International Women's Day... 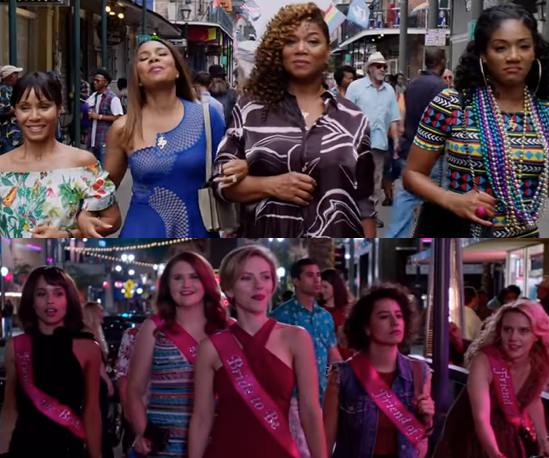 This summer, two sets of gal pals will be getting down and dirty. While one involves the untimely, coked-up death of a stripper, the other features a whole lotta urine raining down on New Orleans revelers. First up: Rough Night , from the broads behind Broad City . And then, there's Girls Trip : I shall be buying tickets to both R-rated romps thankyouveddymuch . @TheFirstEcho
Post a Comment
Read more 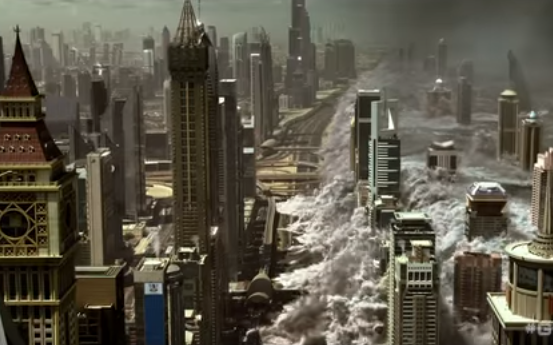 Updated 7/6/17: Gerard Butler in a disaster flick? All I want to know is: how come did this didn't happen sooner? (And no, we're not counting  Gods of Egypt .) The teaser trailer for Geostorm (all other hybrid titles were apparently taken by straight-to-DVD titles like Stonehenge Apocalypse and Icetastrophe ) has everything I live for in a film about global catastrophe: a. Overly CGI-ed mass destruction. b. A cast of international folks looking up at the sky in fear. c. Our hero dramatically turning to look at a large monitor in a control room. And of course Gerard Butler would be in something like this. d. A chillingly ironic cover of a classic song ("What a Wonderful World"). e. And these words: "From the producer of Independence Day ." And then there's the brand new official trailer, which absolutely has no regard for the millions of deaths on display because hey, doesn't this CGI destruction look cool? Gerard Butler, as we
Post a Comment
Read more 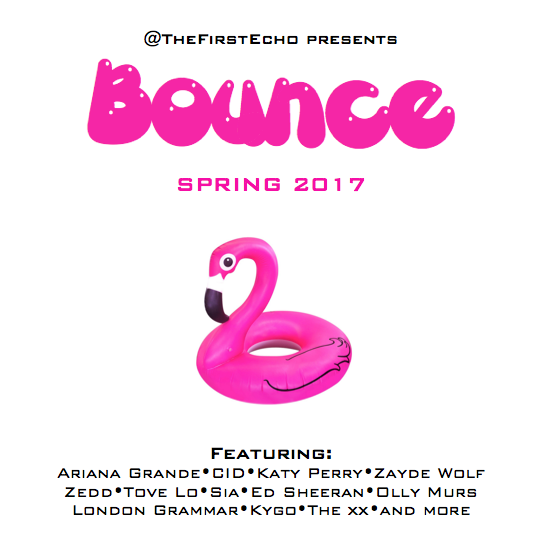 The thaw begins. Chase the winter doldrums away with this new, handpicked set of tunes, my soundtrack for the next three jam-packed months (birthday in Vegas, Easter in Florida, and May in South America). @TheFirstEcho
Post a Comment
Read more 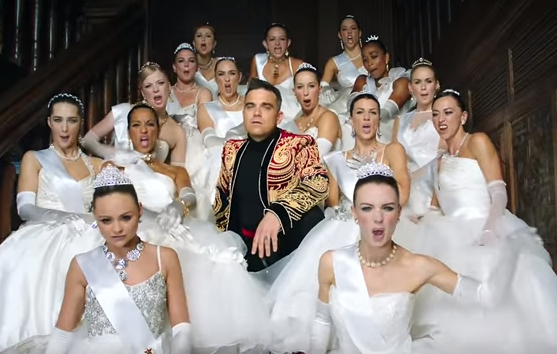 I can just imagine the current POTUS and that 70-year-old Southern weasel we now call the Attorney General getting down to this Robbie Williams jam during Oval Office afterhours. The song, from the British singer's fantastic The Heavy Entertainment Show , was released as a single back in the fall, and it couldn't be any timelier. @TheFirstEcho
Post a Comment
Read more 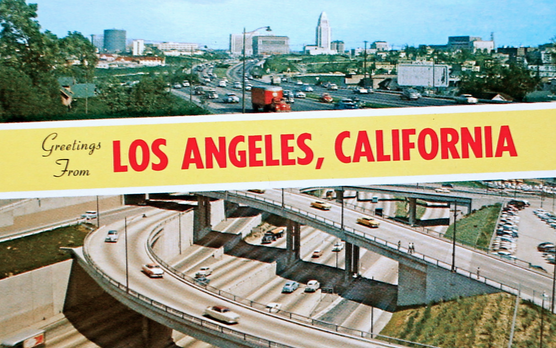 This morning I was at the gym and drinking a protein shake while reading a script on my phone, spying on an Instagram model two machines over, and looking up to watch a live police chase on TV. Los Angeles is like, "Dude, this is way too L.A., even for me."
Post a Comment
Read more
More posts