Showing posts from June, 2014
Show all

12 Years an Angeleno: A Look Back at My Relationship with L.A. 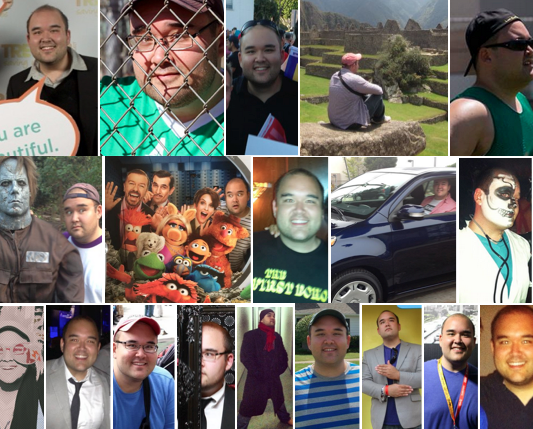 Every year, at the end of June, I take a mental inventory of the lessons I've learned, the distance I've come, and the people who've entered my life -- because June 27 is my anniversary with the city of Los Angeles. I'm nowhere near the person I was on June 27, 2002. Heck, my life at this point last year was nowhere near what it is today (I've updated my bio on the right to reflect some of the changes I've experienced). Being the TV lover I've always been, I like to think of my life in Los Angeles as one, long-running primetime dramedy, featuring a large ensemble cast, occasional cliffhangers and plot twists, farewells to beloved characters, arrivals of new guest stars -- some of whom may turn into series regulars -- and those requisite, special two-hour episodes set in exotic locales. Being the showrunner of my own series isn't always what it's cracked up to be. After all, overseeing the creative direction of my main character is a chal
3 comments
Read more 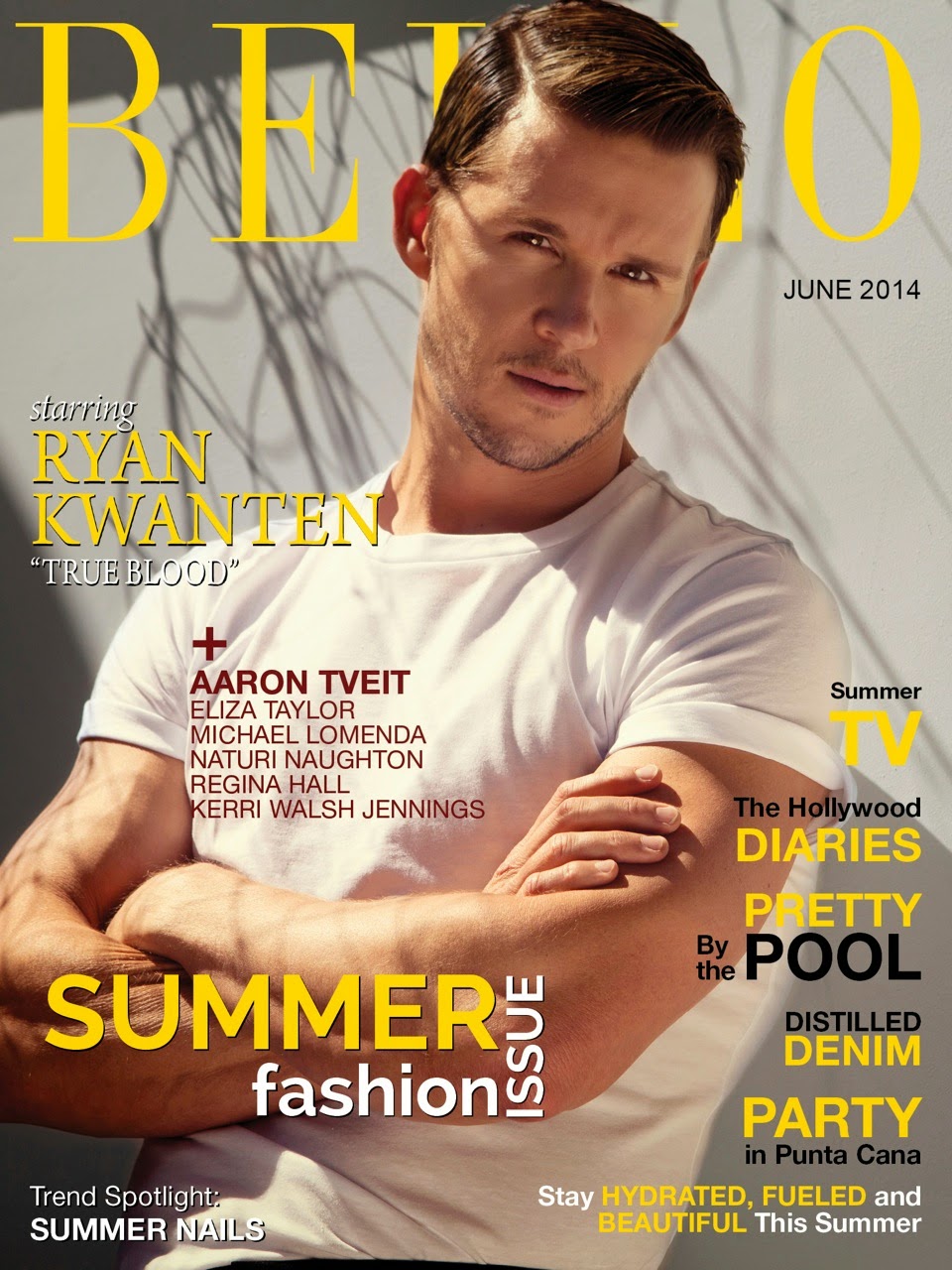 It's self-promote Friday! Last fall I had the privilege of being flown down to the Dominican Republic and being put up at the Hard Rock Resort & Casino in Punta Cana  with four other travel journalists. We wined, we dined, we tanned...and we were also granted VIP access to a Snoop Dogg performance at Oro Nightclub and an outdoor Rihanna concert. You can read about my experiences in the Lifestyle section of the current issue of Bello Mag (the one with True Blood 's dashing Ryan Kwanten on the cover)... HERE . Thank you. @TheFirstEcho
Post a Comment
Read more 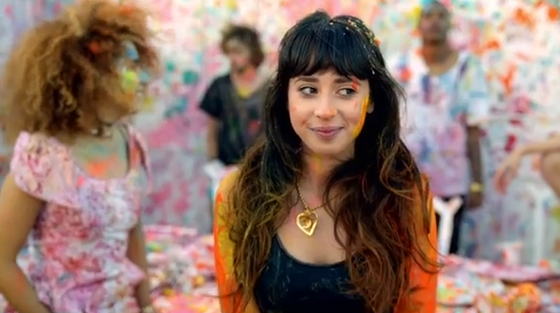 I've been listening to this song since the beginning of the year, but now that I've gotten my hands on Foxes's debut album, Glorious -- a title that perfectly describes the feeling I get while listening to it -- I am thinking that this may end up on my Top 10 of the year. The following track is just a sampling of the many wonders found on this alt-pop collection from the English singer-songwriter. And it just makes you feel so damn good. So without further ado, ladies and gentlemen, "Let Go for Tonight."
Post a Comment
Read more


5 Things About My Favorite Episode of 'The Facts of Life' 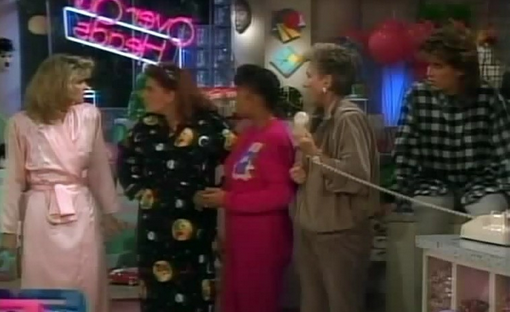 "Seven Little Indians" is the name of a Season 8 episode of The Facts of Life that first aired on January 3, 1987. Not only does the title refer to my favorite murder mystery of all-time, Agatha Christie's And Then There Were None  (also known as Ten Little Indians ), it also describes the situation the gang finds themselves in after coming home from a late-night showing of a slasher movie called The Halloween Hacker 3: Part VI, A New Beginning, Dave Returns...Again . Needless to say, as a child who was infatuated with horror films (still am), I was drawn to this particular episode like no other and fondly remember it for the following... 1. The Rod Serling impersonator who narrates the episode is played by Maurice LaMarche, a Canadian voice actor who was born the day before my birthday...and has worked on The Real Ghostbusters and Futurama . 2. SPOILER ALERT #1: The whole thing is a dream within a dream. Dare I say Christopher Nolan was inspired to write Incep
Post a Comment
Read more 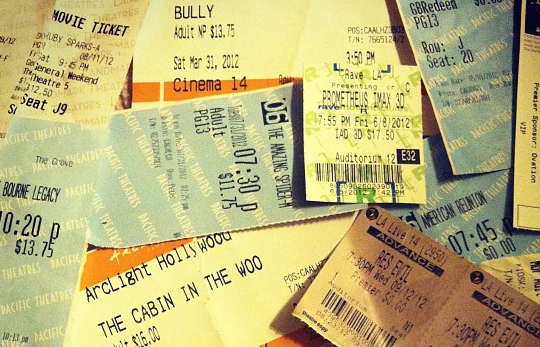 As some of you know, I've been collecting movie ticket stubs for nearly 18 years, but I've also kept track of the movies I've seen in theaters. Since November 3, 1996, I've kept a log book of what I've watched -- you can sample it here . And as of May 2, 2014, I hit a milestone. The movie that holds the honor of being my 1000th movie is... ... drumroll please ... Cameron Diaz's The Other Woman . For what it's worth, it could've been worse, like the embarrassingly disappointing The Love Punch starring Emma Thompson and Pierce Brosnan. As I write this, the current tally actually stands at 1,004. Am I proud? Perhaps I am. Did I waste a crapload of money at the multiplex on some stinkers? I certainly have, but for the past several years, nearly half of the films I see each year are free (factoring in premieres, press screenings, and film festival binges). Not all is lost. At this rate, I'll be hitting my next milestone (2,000!) sometime
Post a Comment
Read more
More posts