Showing posts from September, 2007
Show all

This Is The Way The World Ends 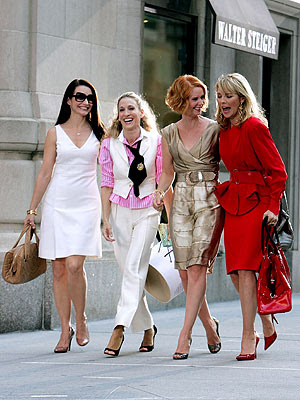 The Role of Britney Spears Will Now Be Played By...

The VMAs: Your Responses

- September 10, 2007
Looks like I spoke for everyone who had functioning eyes and ears...(the last one speaks for itself): From Laura K: "you wrote this!? Its perfect. basically sums up everything i thought when i watched that dreadful show last night. "hot mess" (in a bad way, not sexual) is a good way to describe it, but it was staged poorly. I didn't know what the hell i was watching...dark rooms, foggy hotel rooms, logically a nightmare! don't get me started on the 'performances'. and last but not least, my roommates and i wept over how mtv is a disgrace and has killed rock and roll, and all appreciation of music for our generation, and those to come..." From Denise: "You've enrolled a new fan! Very well written.. and of course humorous. I didn't watch it but you painted a clear, horrifying picture lol." From Xaque G: "Hiko ~ YOU NAILED IT!!!!!!!!! Again, I am SO impressed with your accuracy (and speed) in delivering your assessm
2 comments
Read more

Things That Suck: The VMAs

- September 10, 2007
Remember the name Hamish Hamilton. He is the man responsible for digging an ever deeper grave for MTV. In other words, he was the director behind the debacle that was last night's Video Music Awards (I'm sure there's plenty of producers to blame, but the director is a much easier target). And, while we're at it, the word "video" shouldn't even be used in the name of the show anymore because apparently the awards are certainly no longer bestowed upon the innovative and fresh mini-movies that once pioneered the medium. The past decade has clearly shown us that Moonmen are only handed out to those who reigned supreme on the Billboard charts or monopolized every Top 40 radio station from here to Nova Scotia. That said... Just when we thought MTV couldn't produce a more heinous awards ceremony, along came the 2007 edition. Calling it a hot mess would be an insult to the hot messes out there that worked hard at becoming hot messes. Let us count the ways
3 comments
Read more

Son of a Pitch

- September 07, 2007
I have this idea for a television show. I don't think the small screen has seen anything like it before. It combines the premises of two of the hottest dramas currently on TV and has the potential to last enough seasons to satiate the greediest gatekeepers of syndication. But good luck trying to get it out of me. I won't leak any details until I get a put-pilot commitment from a network and a shiny Executive Producer credit above my unique-for-Hollywood name. Learning the ways of Los Angeles, one discovers how to guard one's assets - these being ideas, intellectual properties that could spin several pages of typed dialogue into regenerating, residual gold. Once you have an idea, chances are someone else is already expanding upon it, getting it out to his or her connections who have connections who have connections. That's why I need to act fast. That's why I need to finish a draft and whore it around town like a starlet ready for rehab. "I have this friend
2 comments
Read more
More posts