Showing posts from March, 2011
Show all


Random Thought of the Week #22 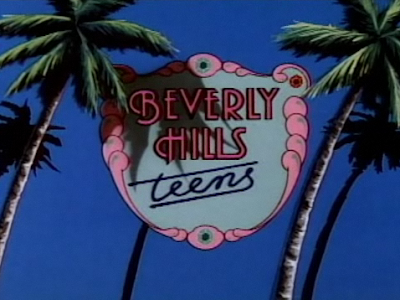 Holy 1987 flashback. It's as if Jem moved to 90210 . I can just picture a then-26-year-old Darren Star watching this and scratching his head, thinking: Why, I can turn this into a primetime soap, cast 30-year-olds to play teenagers, and make a crapload of money! P.S. - I used to watch this cartoon every morning in the third grade.
Post a Comment
Read more 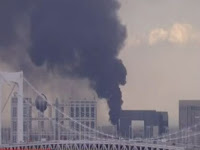 Needless to say, I was riveted, glued to CNN well past midnight, watching that wave of water invade the northeastern coastline of Japan, specifically the city of Sendai - where my father's family has lived for nearly 30 years - completely in awe of what I was witnessing. For those who have expressed their concerns and sent their best thoughts and prayers, I thank you. As of now, all I know is that communication within Japan is basically non-existent (cell phones don't work). However, my dad has been able to call into the country and contact his brother to get updates. My uncle has yet to know where his son, Hitoshi (my cousin) is. Last they heard, he was driving a delivery truck to the small town of Ishinomaki, where my dad's 80something-year-old uncle resides in a beautiful home by a river (Memories of visiting that house in 1989, 1990, and 2001 have been replaying in my mind). Much of the tsunami was known to have stricken that area as well. Nothing has been heard from hi
Post a Comment
Read more

Come June 10, I shall let J.J. Abrams remind me how magical and genuinely awesome movies can be:
Post a Comment
Read more


Random Thought of the Week #21 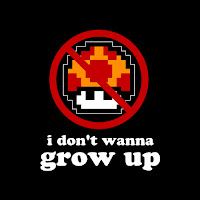 In 26 days (not that I'm counting) I will be turning 31. Yet I have this lurking feeling that my mind or general sensibility hasn't caught up to my physical body. In reality, I'm an adult who has recently entered his 30s, but in the bizarro universe that is Los Angeles, I'm somewhere between the ages of 21 and 25. I blame popular culture. I blame it with its insistence on remaking/rebooting/reimagining films, television shows, and pop songs, forcing me to revisit my childhood and adolescence with every irresistibly rehashed product it spews out almost every month, and preventing me from actually growing up. Exhibits A through K: The CW's attempt to bring back the 90s with a new 90210 and Melrose Place . ABC's reboot of V and Jane Badler's reprise of her role as Diana. Scream 4 . J.Lo's sample of "Lambada" in her new dance single "On the Floor." Jay-Z's sample of "Forever Young" in his single "Young Forever.&q
Post a Comment
Read more

There's a scene in the 1999 film Notting Hill in which Hugh Grant's character accepts an invitation to a posh hotel where he is to meet Anna Scott (Julia Roberts) at a press junket for her latest movie. When he arrives, however, he finds himself posing as a member of the press - a reporter from Horse & Hound - in order to gain access to the world's biggest celebrity. And shortly after he flirts with his potential love interest he must sit through one-on-one interviews with actors and patiently wait in hallways and lounges with journalists and reporters who sip on cups of coffee, scribble in little notebooks, and have deadlines to meet. My second week as a renegade writer/blogger/taker-of-any-paying-gig found me in a similar situation. The editors of Bello Mag , who are also the founders of the stylish OhLaLaMag.com , called me up to see if I’d be available to interview Hollywood’s next Robert Pattinson, Alex Pettyfer ( I Am Number Four ), and his co-star, HSM sweet
Post a Comment
Read more

Picture it. New York. 1994. I walk onto the concrete schoolyard of New Rochelle Catholic Elementary, ready to brave another day of reading, writing, and religion class. But before my peers are shepherded into 8th grade homeroom, I huddle on a bench next to my friends Telisha and Shelly to talk about last night's jaw-dropping episode of Melrose Place . The cliffhanger that is on everyone's lips this chilly morning involves a back-from-the-dead Kimberly Shaw (a pre- Desperate Marcia Cross) silently spying on her ex-fiance, Michael Mancini, while he hooks up with the Vixen of All Vixens, Sydney Andrews. It is a television (and pop culture) moment for the history books - only to be topped by the following episode in which the resurrected doctor pulls off her wig to reveal a giant Frankenscar on her cranium. Every Tuesday morning was reserved for Melrose recaps and speculations. My classmates and I could not help but regurgitate and obsess over the details of the previous night&
Post a Comment
Read more


Theme Song of the Month: March 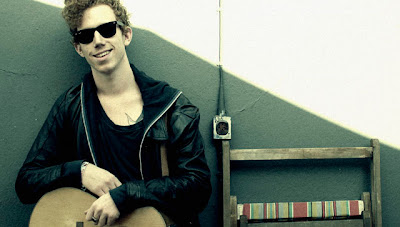 It's been considered the male version of (or response to) Robyn's "Dancing On My Own" from 2010. I consider it the track I'll be playing on repeat for the next 30 days. It's Erik Hassle's "Are You Leaving." Enjoy:
Post a Comment
Read more
More posts