Showing posts from January, 2013
Show all


Today Is My Last Day of Cable TV 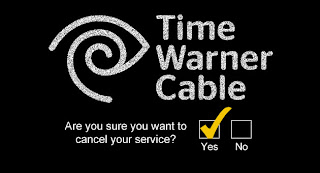 I would be lying if I said I knew this day would come. But the truth is: it was a combination of shitty misfortune and crappy circumstance that forced my hand to, after years of patronage, make the fateful call to the poor customer service representative at Time Warner Cable who had to reluctantly accept my rejection of cable TV service. And damn are those guys a persistent bunch of pricks. Those who have gone through the same experience know what I'm talking about. But I have to hand it to "Ralph," the young gentleman who did his best, read from his script, and attempted to sell me a lower-priced bundle. No business wants to hear that a customer will no longer be visiting its store as frequently as they used to. But Ralphie, babe, you're not losing me completely. You're just not getting my $128.50 every goddamn month . To those who know me, this recent development may come as a shock. Like most of you, I was that appointment TV watcher whose DVR rarely fe
1 comment
Read more


The Other 'Carrie Diaries' 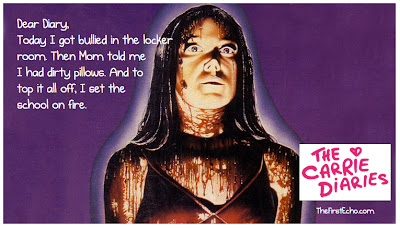 It's safe to say she's not a fan of Manolo Blahniks (I couldn't resist). @TheFirstEcho
Post a Comment
Read more

We get it. Traffic in L.A. can be a major bitch sometimes, and for those of us who live in this chaotic car culture of Southern California, we have to adapt to the different kinds of bumper-to-bumper grind in which we find ourselves trapped on a weekly basis. Hence why you see us behind the wheel killing time reapplying our make-up, reading the newspaper, and shamelessly lip syncing to Taylor Swift's "I Knew You Were Trouble" ( sir in the Subaru on La Cienega, you know who you are ). Here's a few of the jams I've gotten myself into over the past decade... 1. The Hollywood Bowl Nightmare - Weekend nights from May to October at the top of Highland Avenue is not the place to be as you'll most likely be struggling to swim upstream against a current created by exiting concert attendees. Plus, you don't want to risk running down one of the hundreds of picnic basket-carrying pedestrians walking back to their parked cars on Hollywood Boulevard. I have a fr
1 comment
Read more


Pop Culture Rant of the Week 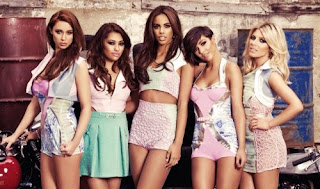 Dear E! Networks : It's nice to see you investing in British girl group The Saturdays (see: Chasing the Saturdays , premiering this winter). I didn't realize America time-traveled back to 2008 -- y'know, when they dropped their debut album . Granted, it was in the UK, but still, the Brits must be getting a kick out of watching us Yanks jump on a bandwagon half a decade old. NBC's  Deception   is a shining example of what's wrong with most of network television. I can buy Victor Garber playing Tate Donovan's father as much as I can buy   Mariah Carey   wanting to be on   American Idol . Jurassic Park 4   will be hitting theaters on June 13, 2014, 21 years after the original. If Christopher Nolan gets tapped to direct this, expect morally ambiguous dinosaurs, a Hans Zimmer rendition of John Williams's majestic score, and Joseph Gordon-Levitt as an ambitious archaeologist who suffers from visions of his dead wife. Destiny's Child released a new sin
Post a Comment
Read more 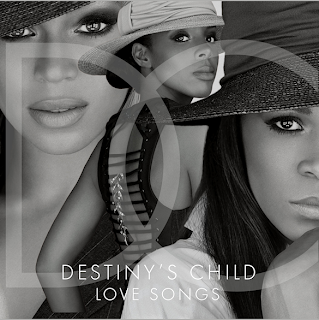 Beyonce, Michelle, and Kelly are serving some early 90s realness on "Nuclear," their first original track since 2005's "Lose My Breath." It's a mid-tempo jam that is, thankfully, not another female empowerment anthem ( which is soooo early 2000s, don't you think? ). However, I have to wonder when this track was actually recorded, because something tells me their team sat on this for a while and waited for the right moment to capitalize on some Destiny's nostalgia. But maybe that's just the cynical pop fanatic in me... Listen to the new track below. It will be featured on their upcoming compilation (read: neither a greatest hits nor a new album), Love Songs .   @TheFirstEcho
Post a Comment
Read more 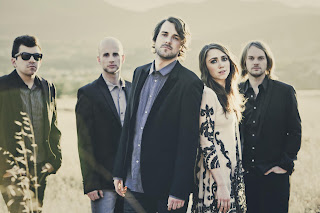 Something tells me that if this song becomes a hit and this band, Churchill , becomes super famous, they'll have to reshoot the crap video that was made over a year ago to accompany it. Please don't let the odd and cheaply made visuals ruin the song for you. It really is a great piece of alt-pop that is being replayed on my iPod every day this month. And as a sidenote, I have to say I'm really digging the trend of coed alternative bands (Alphabeat, The Lumineers) leaving their impression on the pop music landscape. Enjoy: @TheFirstEcho
Post a Comment
Read more


9 People I May Know 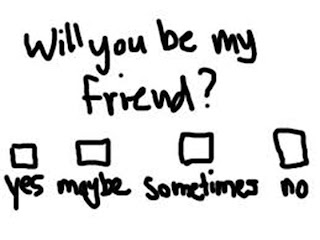 After being a proud member of various social networks and living in L.A. for more than decade, Facebook has come to the conclusion that I know certain people. According to The Facebook Blog: People You May Know looks at, among other things, your current friend list and their friends, your education info and your work info. If you are already friends on Facebook with some people from your last job, for example, you may find some more of your former coworkers (assuming they are visible to you in search) among the "People You May Know' suggestions. While I think it's pretty presumptuous of Mark Zuckerberg & Co. to assume that I could be potential BFFs with individuals I have never met (or admired from afar), I frequently get a kick out of seeing the connections that exist out there, these virtual friends who could very well clog up my news feeds with more status updates I don't need in my life. And they are... 1. Girls with whom I once partied in Vegas an
Post a Comment
Read more


How I Spent My Winter Holiday Break 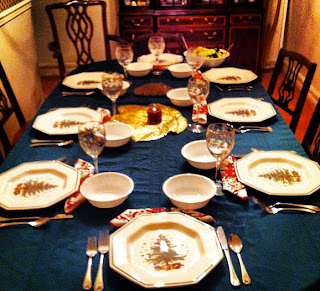 I... ...was forced by my mother to watch/tolerate several episodes of NCIS , introduced the role-playing game of Mafia to my entire family on Christmas night, went on an excursion with my dad to find a power box for his ancient Dell desktop, went on an after-Christmas shopping spree at the mall with my cousins, battled a nasty cold during a trip to Boston, battled a nastier snowstorm on the drive back to New York, sat in on a podcast to offer my reviews of several movies, introduced my mother to the Crawley family via the Season 1 and Season 2 DVDs of Downton Abbey , counted down to 2013 in a very crowded apartment somewhere in Soho, indulged in some Dunkin Donuts, witnessed my parents enter into the 21 st century as they purchased an HDTV ( I predict/hope for an iPad by the year 2015 ), woke up from a highly emotional dream about meeting my literary idol in my best friend’s Manhattan apartment, feasted on lobster, doubled twenty bucks on a 25-cent slot machine, reminisced abo
Post a Comment
Read more
More posts