Showing posts from January, 2008
Show all

Mark your calendars. Sync your Blackberries. And come experience what the folks over at HotInHollywood.TV and I have been planning for the past three months.
Post a Comment
Read more

...kind of. The marvelous Michael Medico of HotInHollywood.TV , that other site for which I proudly contribute, has become the Hollywood correspondent for Dublin's 98fm (think Star98.7 in L.A. or WPLJ in New York). During its Morning Crew Show, he'll be reporting from L.A. and delivering delicious pop-culture juice for those laddies across the Atlantic. And, via Michael, some of those reports will be coming from moi, or rather, The First Echo itself. It's about time I get an international audience.
Post a Comment
Read more 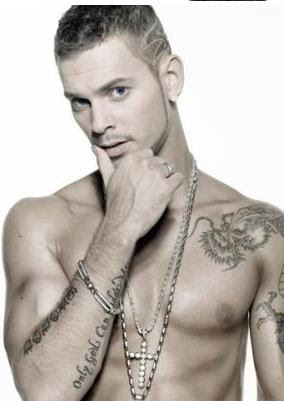 Ever wonder what France's answer to Justin Timberlake would sound like? Wonder no more. Meet Matt Pokora: Imagine more tattoos and abs to go along with the sick beats and hot dance movies. Timbaland (shocker) produced his first single, "She's Dangerous," off his new album, MP3 (sadly, it's only released in Europe - come on, America!). The ridiculously hot track also features Tim's brother, Sebastian, and sounds like the distant cousin of "The Way I Are" if it were mashed up with JT's "My Love." In simple terms: Hotness squared. Listen here and do what you can to get yourself a copy: And while you're at it, check out his sizzling live performance at the NRJ Awards, France's version of the Grammys: Next, lay your ears on "My Cool," courtesy of the Swedish Kanye West, Adam Tensta. Hardcore 80s electronica-synth meets hip-hop in Adam's latest single to drop from his debut, It's a Tensta Thing . It's ti
Post a Comment
Read more

Our first trailer this week is for Doomsday from director Neil Marshall, the guy responsible for 2006's The Descent , during which I nearly browned my trousers. Here, he seems to lean more towards the popcorny side: Plague wipes out civilization. Survivors turn into mohawk-sportin' mutants. And a hot chick with a British accent leads a team into the danger zone in an attempt to save the little humanity that exists in the world. Looks better than Resident Evil . Feels a little like Escape from New York with a dash of Mad Max thrown in: For those of you not into apocalyptic slaughter and mayhem, there's Baby Mama . Funny girl Tina Fey is a single 37-year-old woman who can't conceive, so she hires clueless surrogate mom Amy Poehler to bring her a child instead. Looks to be this year's more estrogen-friendly Knocked Up . And we're just tickled pink...or blue. Oh, and two words: Bathroom. Sink. Doomsday opens March 14. Baby Mama opens April 25.
Post a Comment
Read more

Because I just love keeping y'all in the proverbial loop, allow me to share with you my soundtrack to the early days of '08 (the first in a series of seasonal compilations). They are the hits, the surprises and the overall awesome tunage you need to download in order to help you get through these dog days of winter. Ahem... 1. "Livin' a Lie" by The Dream featuring Rihanna 2. "Feedback" by Janet Jackson 3. "Crushcrushcrush" by Paramore 4. "How Many Words" by Blake Lewis 5. "Tap That (Remix) by Megan McCauley 6. "Good Morning" by Kanye West 7. "Pocketful of Sunshine" by Natasha Bedingfield 8. "Say (All I Need)" by OneRepublic 9. "Break the Ice" by Britney Spears 10. "B Boy Baby" Mutya Buena featuring Amy Winehouse 11. "Scream" by Timbaland featuring Keri Hilson & Nicole Scherzinger 12. "Let's Dance (Radio Mix)" by Hi-Tack 13. "Work That&
Post a Comment
Read more

That's How They Roll in Cincinnati

What Alanis Doesn't Want You to See

Earlier I had posted the new video for A.M.'s first single from her upcoming spring album. And while revisiting one of my favorite artists of all-time, I came across these now-hilarious music videos from 1991 (probably for Canada's eyes only), way before the girl swallowed that jagged little pill. God bless YouTube. Video #1: "Too Hot" - In my favorite one of the bunch, Alanis channels Paula Abdul, does the Walking Man and throws her hands in the air and waves 'em around like she just don't care. Video #2: "Walk Away" - Unfortunately, this ain't no Kelly Clarkson cover. A fresh-faced Matt LeBlanc is the object of Alanis's affection, and the two make puppy eyes during what appears to be a lost single from the Beverly Hills 90210 soundtrack. Video #3: "Feel Your Love" - Like a Rhythm Nation audition reject, A.M. struts with the suited-up and the shirtless (quick, is that the muscleboy from C&C Music Factory?), and
Post a Comment
Read more 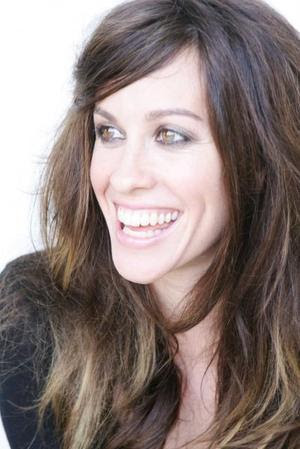 What do you get when you have a glammed-up First Echo favorite, Alanis Morissette, and a bunch of senior citizens jumping into a pool in the middle of the night? The video for the first single, "Underneath," from her upcoming album, Flavors of Entanglement . Excited barely describes how we feel to see our gal put out new material after her viral hit version of "My Humps" two years ago. After completing her humanitarian visit to the cyclone-ravaged islands of Fiji (how awesome is she?), Alanis has also joined Matchbox Twenty on the EXILE IN AMERICA tour, which kicks off on January 25 in Hollywood, Florida.
Post a Comment
Read more

The new year ain't so happy in Hollywood. The WGA strike continues in full force, and here's a breakdown of what's gone down after the first week of 2008: 62 = the number of scripted television shows that have been completely shut down, a loss of $160 million per week for the Los Angeles economy. 1,000 = the number of Warner Bros. employees who were given pinkslips after returning from their holiday break. 43% = the full capacity of my DVR, the lowest it's been since my favorite dramas have stopped producing new episodes. 4 = the number of boxed sets of TV shows I recently acquired on DVD to keep me company during this cold and lonely TV season (if you must know, they're seasons one of Dexter , Picket Fences and Strangers with Candy and season three of Lost - hey, I need the refresher before season four begins).
Post a Comment
Read more

In this new year, one of my resolutions is to bring you more poptastic updates on movies, TV and music. To kick things off, here is the first in a series of notable vids I like to call Trailer Park. First up, 21 : Jim Sturgess, the Beatles-singin' Brit who stole hearts in last fall's Across the Universe dons an American accent and goes up against Kevin Spacey and Lawrence Fishburne in this spring's 21 , a heist flick from popcorn helmer Robert Luketic ( Legally Blonde , Monster-in-Law ). Sturgess plays an MIT student with a knack for numbers who gets recruited to play some dirty games in - where else - Sin City. Call it Ocean's Eleven: The College Years . Oh, and Kate Bosworth is in it too. Check out the nifty trailer (opens March 28, my birthday weekend): Then, there's April's Prom Night . With the trend of remaking 70s horror movies finally dying down, why not move on to the next decade? The Jamie Lee Curtis slasher flick from 1980 gets a PG-13 redo (
Post a Comment
Read more

- January 08, 2008
Needless to say, I am more excited than a puppy in a room filled with fire hydrants.
Post a Comment
Read more 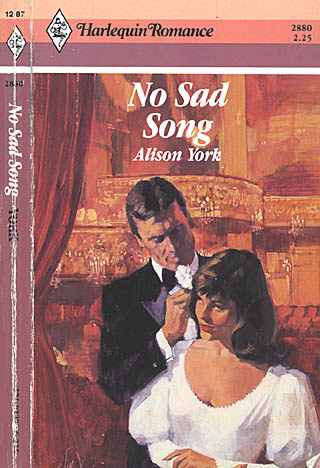 My mother has a bookcase filled with novels ranging from the very British mysteries of Agatha Christie to the plot-thin paperbacks of the Harlequin Romance series. While staying in New York over the holiday break I played the Good Son and offered to move the monstrosity out of her bedroom and into the hallway where it had originally been (it had been moved in the summer of 2004 to make room for my father's wheelchair after his stroke). Now that my dad is up-and-at-'em, the piece of furniture was long overdue for a return to its regular spot in the apartment. The majority of my mom's literary picks came from the minds of Agatha Christie, Mary Roberts Reinhart and Robert Ludlum. As I shouted out titles of books to see if she could remember the plots to them, my mother described how she went through different book phases throughout the years. Phase #1: The Historical Epic (somewhere in the late 70s, before she met my father). Phase #2: The International Spy Thriller (d
3 comments
Read more

If you haven't heard/read/seen by now, Britney Spears is now being held under psychiatric evaluation after a holding one of her sons hostage last night during an ugly custody scuffle. Police, paramedics and (of course) paparazzi were all over it last night as she was brought to Cedar Sinai. It's been reported that she needs to remain hospitalized for 2 weeks (a suicide watch may be involved). Damn. If you live in Los Angeles, you probably heard the helicopters flying around town trying to catch a glimpse of the latest in this yuk-tacular epic tragedy.
Post a Comment
Read more
More posts