Showing posts from December, 2010
Show all

And here we have the end of a year that's the beginning of a new decade we still have no decided name for (the Teens? The Oh-Tens?)... The earth quaked. Volcanos erupted. Oil was spilled. Even a tornado grew in Brooklyn...After the beating we endured from Mother Nature one would think those 2012 predictions were coming two years too early. But not all was doom and gloom this year. Those Chilean miners were rescued. Democrats reclaimed California. And Modern Family won a well-deserved Emmy. 2010 wasn't without its lessons either. We learned that A) Zac Efron with a beard makes him look like... Zac Efron with a beard (In other news, Brad Pitt with a beard makes him look...homeless). B) Joaquin Phoenix ain't no Andy Kaufman. C) James Franco can do anything . D) Having Betty White Fever isn't such a bad thing, but a strict regimen of eating, praying, and loving can do wonders (just ask Julia). And E) Ricky Martin = yawn, while Amber Heard = jaw-dropper. Simon left Idol
Post a Comment
Read more 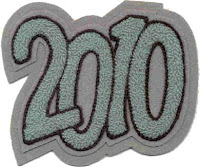 Before I publish my annual year-in-review entry (you know it's coming), I thought I'd revisit 2010 with this five-and-a-half-minute video I threw together to remind me of the amazing company I'm in, the love I'm surrounded by, and the good fortune I should never take for granted. And because I just love me a good old-fashioned montage. Let's take this trip together kids:
Post a Comment
Read more 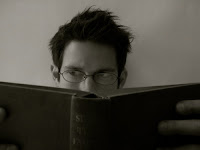 prossibly (pross-uh-blee): adverb . a) in both a possible and probable manner. b) by any possibility or probability. c) a combination of 'probably' and 'possibly'. "Are you going to Bob and Mary's swinger party this weekend?" "Prossibly." Lady Gaga : (lay-dee ga-ga) noun . Pop singer, performance artist and recently titled icon who has had a strong influence on the pop music (and fashion) of the 21st century's second decade and has rejuvenated the state of dance music in general. See: Usher's "DJ Got Us Falling in Love Again," Taio Cruz's "Break Your Heart," and the putting-on-the-map of producer RedOne. Dancing with the Stars : a popular reality-competition television show that thrives on gimmicks, exploiting has-been celebrities and manipulating the American masses. (See also: the TV equivalent of a cheesy cruise ship variety hour; a show no one I know watches). TMT : acronym , noun . Totally My Type. A decla
Post a Comment
Read more 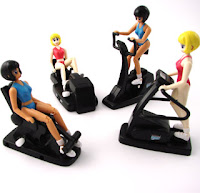 I have found myself in an abusive relationship. With my gym. The showers never work properly. And I keep going back. There's always one or two cardio machines out of order. And I keep going back. The air circulation in this underground facility is poor; just the other day I couldn't escape the stench of Dirty Old Man (a mix of armpit and Halitosis) while I pumped away on the elliptical. And I keep going back. It seems like the water is turned off "for maintenance" every other month, preventing me from refilling my bottle at the fountain or taking a shower and cleaning off the sweat and grime that has accumulated on me while listening to the new batch of tunes I've just downloaded to my iPod... And I keep. Going. Back. The gym in question is the 24-Hour Fitness on Pico Boulevard, just two blocks east from the skyscrapers of Century City. Besides the clientele not being the sweetest of eye candy one can ogle, the facility itself is in need of a major improvement
1 comment
Read more


Theme Song of the Month: December