The Extinction of Originality

What with the rampant remaking going on in Hollywood these days, I have decided to roll with the blasphemy and come up with a dream cast for a remake that should never be redone AT. ALL. I repeat: NEVER.

I was toying with the idea while knocking back some Barbera red at Briana and Shelby's wine-tasting party this weekend. We were rightfully bitching about the extinction of originality in this business to which we gradually sell pieces of our souls. Halloween is about to be followed by redos of Prom Night (out spring 2008) and Friday the 13th. The Heartbreak Kid will inspire updates of The Big Chill and - wait for it - The Karate Kid , starring - wait for it again - Will Smith's 9-year-old son, Jaden.

Vomit bags can be found in the seat pockets in front of you.

My remake that should never be made? The Breakfast Club. I could write a thesis on why a classic like this should never be tampered with. The time capsule it symbolizes. Its timeless message. Its three-dimensional characters and authentic dialgoue. Neither gross-out nor sex-crazed, it's that rare teen movie that stands the test of time; it continues to resonate with different generations. No wonder why it's been ranked as the number one high school movie of all time by Entertainment Weekly and voted as everyone's most favorite teen movie in various polls.

And you just know that if it were to come out today, it would be considered an indie.

However, while sipping fine chardonnay and enjoying each other's company on Saturday night, we couldn't help but wonder: What if...?

Presenting the cast of The Breakfast Club: The New Class... 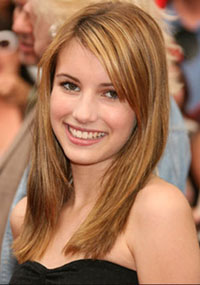 And if this were to happen, aside from gathering my fellow GenYers to stand with pitchforks outside the studio that greenlights this blasphemous piece of cinema, I would write a lengthy diatribe and send hundreds of copies to the execs who had the cajones to let this be. I would unleash a fury the blogosphere has never seen before.

The threat of Adventures in Babysitting with Raven Simone and a Goonies sequel was enough. Just please make it stop.

Anonymous said…
Zac Efron as Andy is PERFECT! But i'd put Hayden Panettiere as Claire - I think she fits the role better.
2:58 PM

I can't wait for you & your friends to take over so that some originality can hit Hollywood.

And although I agree that BClub should NEVER be remade, I think you did an awesome fake casting.
4:51 AM

Anonymous said…
Why is a black guy the criminal? ...bit racist. I'd put Conrad Black or something.
7:32 PM