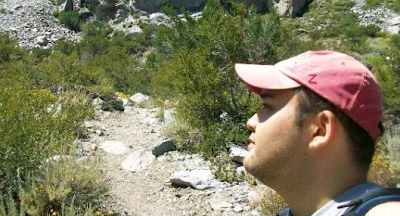 So, after several months of producing shorts, whoring myself on the film festival circuit, traveling back East, dabbling in several freelance writing gigs, making deadlines, suffering from delusions of VIP grandeur and continuing to carry out my editor duties on the new and improved HotterInHollywood.com -- on top of a full-time day job -- I feel that I must apologize for neglecting my firstborn, The First Echo, and not giving it the same love and attention with which I've been showering my other projects.

As expected, summer is whooshing by at the speed of light, and I -- like many of those youngin's who will soon have fresh pencils to sharpen, notebooks to crack open and overpriced textbooks to purchase -- am sad to see it go. Although some argue that summer never really ends here in Los Angeles, our collective consciousness tells us that, no matter what the climate, Fall isn't too far off with its promises of cashmere goodness, pumpkin-spiced lattes and exciting new television to become addicted to. 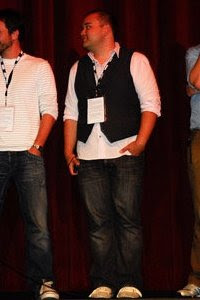 This was the summer I jumped on the BlackBerry bandwagon, but please don't take this to mean that I will be available every second of every minute of every day of my already chaotic life.

This was the summer I finally got around to reading Chelsea Handler's My Horizontal Life, taking notes from each chronicle of her hilarious one-night stands.

This was the summer I fully appreciated "Beat It."

This was the summer I felt proud to have a framed poster of The Breakfast Club hanging on my bedroom wall.

This was the summer I learned more about myself in a drunken stupor while on vacation.

This was the summer I was completely turned off by cottage cheese (really, I would would rather eat the leftover contents of a Burger King bag left on the side of the road).

This was the summer I, along with a bottle of cabernet, helped a close friend cope with drama I would never want to go through myself.

This was the summer I was proud of (and inspired by) a friend for taking a chance and pursuing what he wanted.

This was the summer I saw my checking account balance hold steady at four figures for several weeks.

This was the summer I questioned the worth of several kinds of relationships I've observed over the years.

This was the summer Michael Bay really got on my f**king nerves (again).

This was the summer I rediscovered my guilty pleasure in Billy Ocean.

This was the summer I befriended steel-cut oatmeal.

This was this summer I learned how to properly walk a red carpet.

This was the summer I gave myself a kick in the ass to get my priorities straightened and my goals clarified. 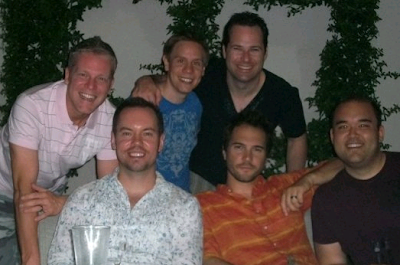 This was the summer I saw the Milky Way at 7,600 feel altitude and was in complete awe.

This was the summer I found myself, for some odd reason, repeatedly flashing back to 1996 (more on that later perhaps).

This was the summer I became infatuated with Nurse Jackie, the Glee version of Journey's "Don't Stop Believing," and the insane choreography on SYTYCD.

This was the summer I traveled to six cities with five different friends in four different modes of transportation and lost three pounds due to two bad meals eaten in one week.

This was the summer I purchased an Flip videocamera, but in no way does this mean all of y'all will be treated to annoying, self-indulging video diaries from yours truly. Vlogs aren't my thing...yet.

Thank you, Summer of '09, for making these past several months an emotionally exhilarating time in my life. I have plenty of pictures stored in my albums to remember you by and -- as anyone who knows me can guess -- the accompanying mix CDs to act as personal soundtracks that will help me look back at these moments with laughter, a little embarrassment and a true appreciation for what you've blessed me with.

On to the Halloween costume brainstorming...

Jenny said…
Halloween costumes already?! I can't believe summer is almost over - New England has JUST reached summer weather. Yet the kiddies are back to school.