All I Want For Christmas 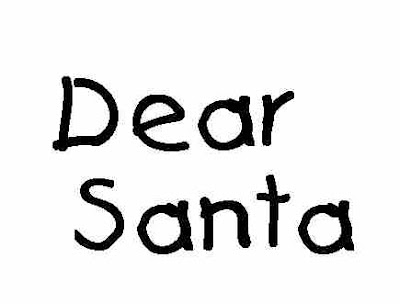 Remember me? From New Rochelle, New York? Chubby 5-year-old recipient of Duncan, that Cabbage Patch Doll you dropped off at 45 Potter Avenue back in '85?

I just wanted to drop a line since it's been nearly twenty years since we last communicated. Things have changed since then, to say the least, and I thought now would be a good time to catch you up to speed on where I'm at in my life and see if you're still accepting wish lists from 29-year-old writers who have nothing better to do than sit at a desk and obsessively analyze pop culture on a weekly basis. Don't worry, it's nothing too big or challenging, like your standard request for World Peace...or a comeback vehicle for Valerie Bertinelli. I realize you're no miracle worker, and I'm sure lugging around thousands of Guitar Heros for brats who pretty much don't even deserve a yo-yo must have you reaching for the Vicodin every few hours.

Not every item on this list is for me. Most of my friends and family haven't had the best year, and I think we all need some pick-me-ups in the coming months to keep the hope alive in all of our lives, some inspiration to help us get through and put behind the shit-stained drama we've had to endure in 2009 (my apologies for dropping the S-bomb).

So, without further ado...

500 Days of Summer on DVD. I just loved this movie. From the music to the art direction to the wardrobe to the brilliantly compiled soundtrack to its two charismatic leads...it was a sparkling, little indie-flavored rom-com that was a much-needed breath of fresh air in a summer stacked with superficial eye candy. One could seriously get lost in Zooey Deschanel's baby blues.

One friggin' chance to win the Reusable Grocery Bag Contest at Trader Joe's. Every other week I do my part to help the environment by bringing my recyclable carrier on every shopping excursion I make when I'm craving some Morningstar Farms veggie sausage patties and a pack of light string cheese. And every other week I fill out the little form at the checkout with the hope of being selected to win a gift card on my next visit. But after nearly three years, no dice. What's up with that?

A well-paying job for my unemployed loved ones. May they be hired to do what they love to do. Economy schmeconomy.

A pair of tickets to Lady Gaga's Monster Ball Tour.

Several slaps in the face (and an occasional knuckle-punch) for the studio execs who think that greenlighting a remake of every single movie from my childhood is a good idea. Those guys were treading on dangerous ground when they were toying with that Rayven Simone version of Adventures in Babysitting. And if I see the words "Breakfast Club reimagining" printed anywhere in the future pages of Variety, I'm going to indeed crack some skulls.

An opportunity for a friend to realize just how much he is loved and what exciting things await him.

Some sense pounded in to anyone who purchased Sarah Palin's Going Rogue and honestly thought it was a well-written piece of patriotic literature that is to be studied in schools across the nation. I believe there have been Harlequin novels with more substantial chapters detailing the bronzed torso of a loyal and loving spouse.

A European vacation with my best friend.

A series pick-up (and a showrunner credit) for the friend who's toiled away at pilot script after pilot script in the past several weeks. May we see his name splash across our TV sets in the months to come.

A moment for all Americans to truly understand that what ultimately unites us is what makes us all different.

A ban on double standards.

A chance for everyone to realize that this time of year shouldn't be the only time of the year when compassion, giving and love is celebrated.

A Blu-Ray disc player to see what all the fuss is about.

A guided tour of England and Egypt for my mother, who's in need of more stamps on her passport.

Several flights on Japan Airlines for my father, who could use more face time with the family he has left in his homeland.

Some reassurance for the friend who doesn't know what he's going to do with his life. Things can only - and will - get better.

Courage for the friend who needs to create more possibilities for herself and quit the job she's grown to hate more and more every day.

A boost in self-love for the friend who thinks she'll never find someone who can love the self that she's learning to love.

Some extra confidence to take more risks, kick insecurities the curb and banish any lingering doubts keeping me from getting what I want. 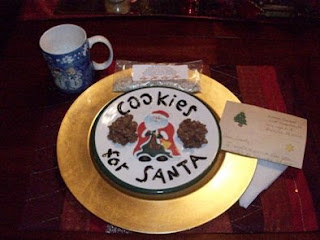 Thanks for taking the time to read this, Santa. I realize you have millions of other e-mails to read and a very long list to check twice. Send my regards to Rudolph, and tell him us Westsiders are pulling for him to pull through that nasty H1N1 virus.

*P.S. - Tell Mrs. Claus she still owes me twenty bucks from our little So You Think You Can Dance bet.
the personal crap