#TBT: That Time My Great Aunt Accused Me of Attempted Murder 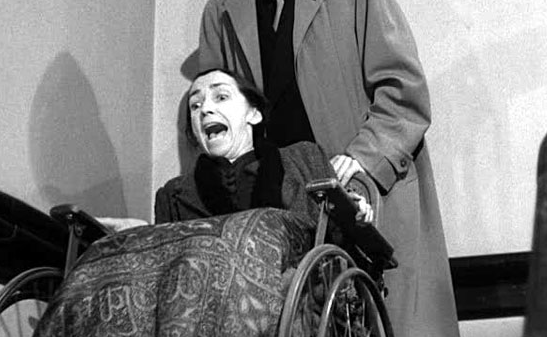 In the summer of 1993, my mother's aunt (my great-aunt) Anna treated us to a trip to Disney World.

We sort of knew what we were getting ourselves into. Aunt Anna, after all, often gave the impression of being a crotchety wench when it came to just about anything. (Her birthday was on Halloween - analyze that however you like.) But...this was a free trip to Disney World. Tolerating her for a week was a price we were willing to pay. And we certainly did. 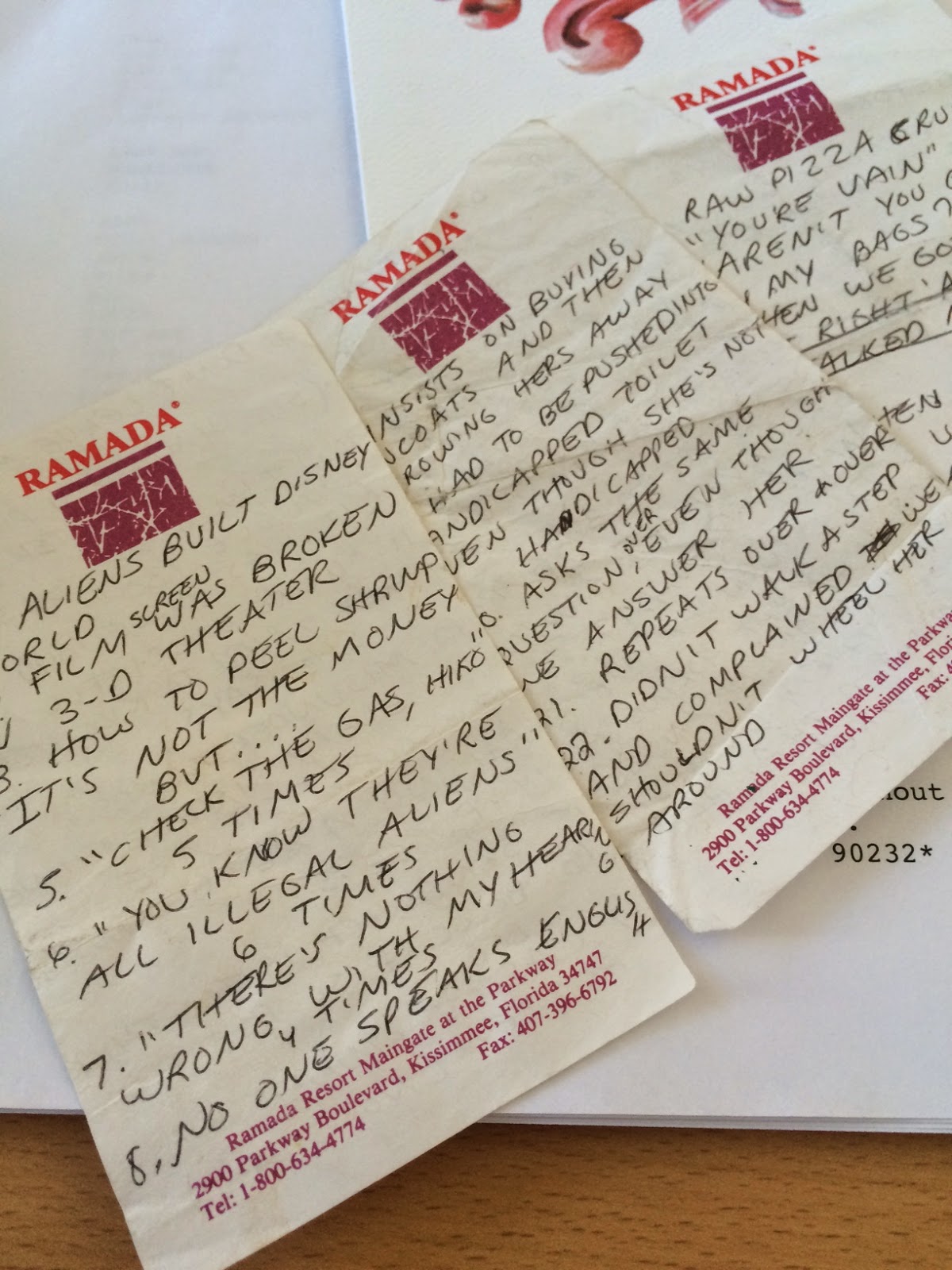 Most of the trip was spent pushing her around in a wheelchair in each theme park we visited, even though she was perfectly agile for her age. But having a wheelchair-bound guest with us had its perks. My mom and I enjoyed bypassing the long lines at each attraction by using the special entrance for handicapped patrons.

By the end of the trip, my mother and I were ready to ditch the old woman in the Florida Everglades and let the alligators have their way with her, but needless to say, we all returned home safe and (relatively) sound.

I had kept track of all the intolerable things she was guilty of doing (and saying). I jotted down on hotel stationery a very extensive list of these "Aunt Anna-isms." And here they are, copied for your reading pleasure:

2. She complained that the screen was broken in the 3D theater.

3. She taught told us how to peel shrimp.

4. "It's not the money, but..." was uttered frequently every time the subject was brought up.

5. Five times she told me to check the gas in our rental car - in one day.

7. "There's nothing wrong with my hearing."

12. Upon seeing signs for an upcoming Jurassic Park exhibit: "You know, scientists are raising a real dinosaur."

15. On the dinner inside Cinderella's Castle: "That was rotten."

16. She insisted on buying raincoats and proceeded to throw hers in the trash after it stopped raining.

17. She wanted to be pushed in her wheelchair to the handicapped toilet stall, despite the fact that she wasn't handicapped.

18. She asked the same question several times despite our repeated answers.

19. She hardly walked a single step, yet she complained about how she didn't want to be wheeled around.

20. She walked over to a cashier after seeing us purchase souvenirs and asked her how much we spent.

21. "I brought an extra thousand dollars to spend on you, but I wouldn't buy you a thing. I never knew you were like this."

23. We constantly asked her, "Are you okay?" To which she answered, "Yes." She would then later complain that she was not okay.

26. Upon checking out of our hotel, after starting an argument: "Aren't you going to carry my bags? You did when we got here."

28. She asked if my dad was going to pick us from the airport - in Florida - even though he didn't come with us on the trip.

29. She accused us of charging a soda to the hotel room she paid for.

30. She repeatedly asked me if my foot was okay.

Aunt Anna was like the second American grandparent I never had. When I moved into my first dorm room as a freshman at Boston University, she moved into her first room at a nursing home on Shore Road in New Rochelle. The parallels were uncanny. While I was applying for my meal card in a dining hall, my mom helped her sort out her meal plan in her new home. Shortly thereafter, she left this earth. She is buried in a cemetery near Tarrytown, New York in a plot she had picked out a few years before her passing. Carved on her gravestone is her date of birth, but her date of death has yet to be added because my mom, to this day, keeps forgetting to notify the cemetery people to update the headstone.

So, it looks like Aunt Anna shall live forever.

Unknown said…
Isn't it great to have a "character" in the family. I too was accused of trying to kill while standing next to a man smoking and she was in a wheelchair with an oxygen tank. That was in her later years when she was disabled.
6:18 AM

Unknown said…
Isn't it great to have a "character" in the family. I too was accused of trying to kill while standing next to a man smoking and she was in a wheelchair with an oxygen tank. That was in her later years when she was disabled.
6:19 AM