My series of throwback blogs continues, excavated from my personal archives. These were originally sent as e-mails to friends and family back home, life updates from Los Angeles filled with humble brags made by an insufferable twentysomething...

"Don't you know the finest things in the world
are written on a empty stomach?" - Sunset Boulevard

The Young Hollywood Awards. Again. Why oh why?

Someone should tell Lindsay Lohan that coke whore chic is so 2001.

On the other hand, Marcia Cross looked stunning. Eva Longoria is teeny (girl is a size 0). Jesse Metcalfe was a walking, talking Hollywood cliché (blazer, jeans, smirk and all). Ann Margaret looked...old (receiving a Trailblazer award). Dennis Quaid brushed against my shoulder. Chris Evans brought his posse from Boston. Gwen Stefani showed up without Gavin. Aisha Tyler was our host for a third time, but it wasn't the charm; her witty retorts while introducing ingenues and boyish assholes sounded forced and contrived.


And me? Frankly, I was bored. As I sat in my balcony seat, watch Lindsay bullshit us about her "idol," Ms. Margaret, I realized how I am over this annual ass-kissing spectacle. Yes, the drinks are free. Yes, you feel pretty. But I should've known from the drab gift bags (Carmen Electra's Strippercize DVDs?) that this was going to be a dull occasion. I didn't even stay for the afterparty on the roof of the Music Box Theater. I ran to my car, jetted over to Kathleen's Los Feliz apartment, and caught the latest Desperate Housewives and Grey's Anatomy.

Done. Over. I promise you won't get another chapter filled with such drivel.

My black Michael Simmons loafers slid across the floor as I took an inventory of the buffet behind the ice-sculpted Belvedere vodka bar. I then realized I shouldn't have stopped at that film festival barbecue in West Hollywood for a free cheeseburger.

Wookies and Stormtroopers were posing with fanboys in Kodak moments from which the geekiest of sci-fi geeks would spontaneously combust. Yoda holograms danced from the balconies of the Hammer Museum courtyard. A nearby orchestra played the Star Wars theme...which made sense since this was the afterparty for the world premiere of Episode III: Revenge of the Sith. 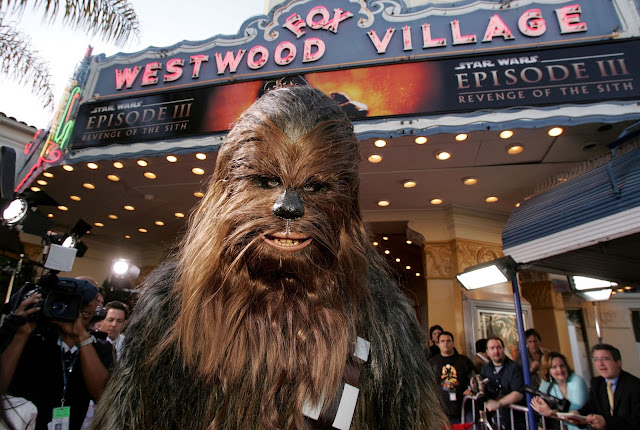 Scratching the purple VIP bracelet on my wrist, I swooped in on the buffet line and immediately felt my heart leap into my larynx. Standing before me was J.J. Freakin' Abrams (Felicity, Alias), the man whose walked-upon ground I worshipped. I had to say something...

"JJ?" I said in a tone implying we were college pals reuniting under random circumstances.

"Yes?" he asked.
"I saw you at the Lost discussion panel at the DGA back in March."
"Oh really?"
"It was a great panel."
"Yeah, it totally was. I love doing those things."
"What did you think of Episode III?" I asked, deciding right there that I would offer a faux review of my own because I missed the actual screening.

He tried to be nice about it. "It was alright. Very noisy."

Just as I expected.

Our connection was cut short once the line moved past the prime rib and potatoes. People were hungry, and I spent the next ten minutes sweating under a heat lamp, downing a cosmo, and making small talk with an acquaintance I had bumped into by the goodie bag table. God, it was sweltering.

My plus-one for the night, [REDACTED], had had one too many drinks and started to get...sloppy. Kathleen, who had been working the event and hooked us up with tickets, told me he needed to drink some water. Before I could find a cold bottle of Voss, [REDACTED] was already stumbling out of the party and into the streets of Westwood Village.

I handed my ticket to the valet and tried to get [REDACTED] to stand still while I waited for my Ford Focus to be retrieved from a nearby garage. He was slurring his words as he tried to tell me how many cocktails he had consumed; I was starting to sense a pattern with his behavior around booze (and I wasn't the only one within my circle of friends to notice). Finally, I got him in the car and headed towards West Hollywood to drop him off at his apartment.

However, by the time I pulled up to a red light at Robertson Boulevard, an antsy [REDACTED] unhooked his seat belt and mumbled, "I'm gonna go, it's okay." Before I could protest or ask him why, he bolted from my passenger seat and stumbled off, in the middle of traffic, towards The Abbey and its thumping bass line and flashing lights that promised a night of unadulterated pleasure. 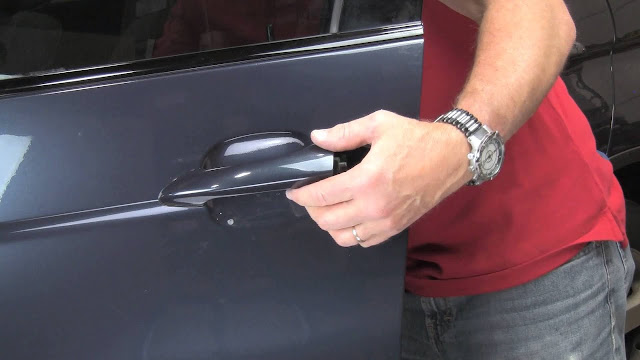 And that was Week One of my Funemployment.

But before I continue, a backstory: After the pilot for Fox's Peep Show wrapped up at the end of April, I got a gig on an MTV show produced by the same folks who did ABC Family's Knock First, the home makeover show on which I was an art department assistant. I didn't have a good feeling about it as I was getting tired of being a PA. (No longer did I want to worry about what specific brand of trail mix to buy for the line producer.) My suspicions were confirmed when, on the third day of the job, all of us learned that MTV was forcing us on hiatus, halting production until further notice. I took it as a very well-disguised blessing.

Next up: Assisting a casting director friend on a Pedigree dog food commercial, four days of playing with dogs and chatting up their owners, getting drool on my Jansport backpack in the process.

Brunch at Toast. Haven't been there in a while. Spotted Adam Levine with some of his Maroon 5 mates.

The one-hour pilot I had been working on with my writing partner, Jen? Done.
My pink card at the Coffee Bean? Completely hole-punched.
Calories burned at the gym on Sunday morning? 620.
My dinner last night? Ramen and a bag of Trader Joe's cashews.

Gig at the moment: filling in for a friend from Knock First, doing admin work for the producer she used to work for. She started her own company with her partner. Right now, they're in post, working on a behind-the-scenes special for New York Fashion Week. I sit here, oblivious to the sunshine outside, my vision slowly failing in this windowless office. I have become something I have dreaded: a freelance. The Big F.

And I'm okay with it. For now. I make my own time. I can catch up on summer reading. I can start on another script. I am just one of the thousands of F-ers in this town, caffeinating themselves at the local Starbucks, lunching with fellow unemployed friends, and just like those dudes on the shores of Santa Monica, waiting for a good wave to pick them up and carry them far.

Happy 3-Year Anniversary to me.