#TBT: Working on an TV Show Hated by The Right Wing 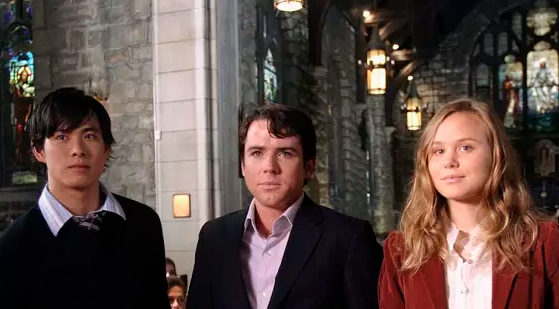 My series of throwback blogs continues, excavated from my personal archives. These were originally sent as e-mails to friends and family back home. Life updates from Los Angeles filled with humble brags made by an insufferable twentysomething...

"Los Angeles is a paradise wasteland." - Me.

The least photogenic city, yet the most photographed. A city that is full of both hope and hunger. Gorgeous palms frame boulevards of rundown mini-marts and hollowed buildings a decade long dead. Pretentious pretty people hardly mix with the indie-inclined artsies, but there is a shade of gray one may discover during a late night in Silver Lake where martinis and Miller Lites stand side by side on the same bar while Gucci and Target color-coordinate in a non-discriminatory display of fashion.

When you're up, you can't help but think of the possibilities and good fortune that may come your way. When you're down, you question your potential and feed suffocated by all the limits you face.

We're a bunch of artists in a ridiculously spread out metropolis, dying day by day to express what we want people to experience. Truman Capote brilliantly said an artist dies a little every time he creates a new piece of work. There's always the question of "What's next?" that follows the completion of a great product. And the artist has to muster up the stamina to create more, entertaining a constantly hungry audience, putting all he can into his work, leaving a part of his life behind to shrivel up and perish. He give and gives, and that is energy questionably well spent...

I sit here in the cool comforts of San Sebastian, the gorgeous palazzo owned by my boss, the wonderful TV writer-producer Jack Kenny. I sit in this office, several feet away from the door that separates me and the outdoor cabana where all nine writer-producers brainstorm and blog their way through the twelve episodes of The Book of Daniel. The surface of the pool glistens in the sun. The heat is insane. Empty paper cups from rival coffeehouses litter the large table. If I lean back in my chair and look out the bay windows, I can be greeted by the hazed-out skyline of downtown Los Angeles. 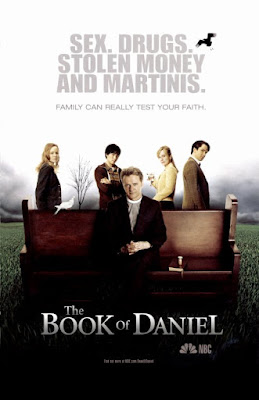 These people sitting outside with my boss are marinating in What's Next. Each one of them is excited at the prospect of enjoying a long, successful run on this NBC drama. We all believe in it. I can honestly say I would watch this show. Naturally there will be comparisons ("It's the next Six Feet Under or Desperate Housewives..."), but it is truly an original vision a twisted take on the family drama. It's safe to say Joan of Arcadia and 7th Heaven this ain't.

Last Friday, the studio threw a "green light meeting" for us. In truth, it was more like a welcome reception, a chance for the studio execs to meet and greet us between sips of champagne and bites of chocolate-covered strawberries. The gals over in publicity were all smiles, excited for the show. They learned my name quickly, knowing that we were going to be developing a phone rapport in the months to come. Could there have been some sucking-up as well, being that I am the assistant to the creator of a potentially big hit? Nah. Who am I to let that get to my head?

Monday was an NBC press conference held at the Beverly Hilton (where the Golden Globes are hosted). Jack encouraged the writers to attend and listen to him and the cast answer questions on the panel in one of the grand ballrooms. Critics were spitting out everything they could, and Jack reciprocated with some great responses. A pleasant surprise was hearing Oscar winner Ellen Burstyn talk about her character's relationship with Aidan Quinn's (she plays Bishop Beatrice Congreve on the show). She's quite a dame. Intelligent, articulate and poised. I later had the awesome chance to be introduced to her. Alas, Aidan Quinn and his TV wife, Susannah Thompson (from ABC's Once and Again, remember her?), quickly disappeared, probably at the request of their respectively pushy managers.

Today is the last day we will all operate out of Jack's home in the hills of Los Feliz. Tomorrow we finally move into our office space over on La Brea. I had let out a "whew!" when I learned that we weren't going to be on the Universal lot; that commute would have been a bitch. I look forward to working in a more stable atmosphere, having my own desk (and office), getting ecstatic over the idea of fresh office supplies.


The caffeine is now wearing off. I must avoid the box of bagels and pastries in the kitchen. I have learned my lesson from working on other production jobs: Bagels + Sweets = Doom. Plus, I now have that gym membership that can hopefully curb my cravings. Anyway, Jack is all about health food. Our kitchen in the writers' offices will not tolerate chocolate or any other hazardous munchies. The team agrees. We refuse to plump up to the point where we won't be able to fit two people in the elevator. Death to calories!

This, my life right now. Not quite "down," I must say. It can only get busier from this point on.

Did I mention the view is beautiful from here too?

Love to all,
Hiko

*2019 Note: Since its first episode, The Book of Daniel was met with unfair criticism and comments thrown at us from the Right Wing. The American Family Association just couldn't accept that a drama about a family headed by a pill-popping minister with a gay son, an adopted Asian son, and a marijuana-dealing daughter could be broadcast to the nation. Even before the dawn of social media, a loud minority had made their case, and advertisers quickly responded by pulling their promos from the already challenging Friday night time slot. This prompted the network to cancel the show after airing only three episodes in the winter of 2006. That all said, I still look back at the experience with pride. To have been a small part of a television drama that pushed boundaries and introduced a "modern family" long before the term was associated with a certain successful sitcom - is something I will always cherish. Rarely do we get the chance to work on projects that you would enjoy and love yourself. Some say The Book of Daniel was ahead of its time, that its arguably unconventional storytelling and sensibilities belonged on cable (remember, this was before anyone regularly used the word "streaming").