1992: The Year That Changed Television (and Everything Else) 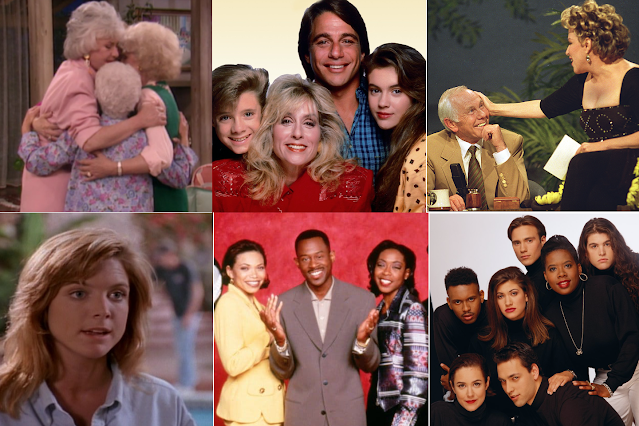 "You’ll always be my sisters. Always.”

On May 9, 1992, Bea Arthur delivered those final words on NBC’s The Golden Girls in a series finale that saw the Emmy-winning comedy bid adieu to Arthur’s Dorothy Zbornak, the sharp-tongued substitute teacher who was leaving Miami for a new life with a new husband. The last scene of the beloved and iconic sitcom was filled with real tears (including mine, an emotional 12-year-old viewer at the time) as Dorothy makes repeated attempts to say farewell to the women who became her family over the course of seven cheesecake-filled seasons. It was, as they say, the end of an era.

However, 1992 represented an end of an entire television era. The Golden Girls wasn’t the only landmark show signing off at the closing of the broadcast television season that year. Three other popular sitcoms aired their finales after enjoying successful runs that dominated the previous decade. ABC’s Growing Pains saw the Seaver family leave New York for Washington D.C. to support mother Maggie’s new job. Who’s The Boss? found housekeeper Tony Micelli, now a college professor, returning to Connecticut to be with his one true love — and former employer—Angela Bower. Meanwhile, over at NBC, the final episode of The Cosby Show saw Theo Huxtable graduate from college before his parents, Cliff and Clair, danced off their living room set and into TV history. And kicking off their final seasons later that September were two comedies that would be forever tied to the same era: Cheers and Designing Women...

For more, check out my piece at Medium.