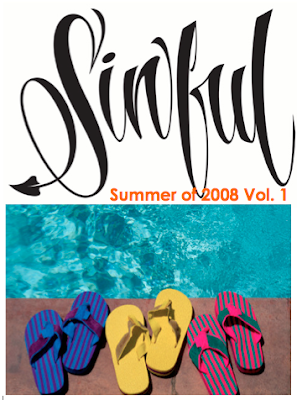 Summer ain't just for mind-numbing blockbusters, slathered-on sunscreen, and stale reality stunts on network TV. It's all about the music, baby. Grab yourself a CD-R (or juice up the iPod) and rip these tunes for a soundtrack that will make you the star at that Memorial Day barbeque you've got this weekend...

5. "Lights & Music" by Cut Copy
6. "Forgive Me" by Leona Lewis - This Akon-produced bouncer, most likely the Brit's third single off her successful debut, is more than just another VH1-friendly tuner; it's got more dancefloor energy and sass.

7. "In Pieces" by Backstreet Boys
8. "Bounce With Me" by Kreesha Turner

9. "Click Click Click" by New Kids on the Block
10. "Double Dutch Bus" by Raven Symone
11. "Nine in the Afternoon" by Panic at the Disco
12. "Chasing Pavements" by Adele - For that patio dinner party, over a bottle of merlot while enjoying the glow of hovering fireflies.

13. "In My Arms (Bimbo Jones Radio Edit)" by Plumb
14. "Electric Feel" by MGMT - The greatest Scissor Sisters track that never was.
15. "End of the World" by Blake Lewis
16. "We Break the Dawn" by Michelle Williams
17. "Song 4 Mutya (Out of Control)" by Groove Armada feat. Mutya Buena
18. "Now You're Gone (Radio Edit)" by Basshunter - Because summer ain't summer without an obnoxious-yet-catchy Eurodance single for the clubbangers.