I finally caught last week's much-promoted Brothers and Sisters sweeps stunt "two-hour movie event." That shocking death? Um, yeah, not so much. Rob Lowe flatlined for three seconds after his character announced he was running for governor. He was quickly resuscitated.

A metaphor for the show's writer renaissance perhaps? You decide.

But what did I mostly take away from this pretty-good episode? 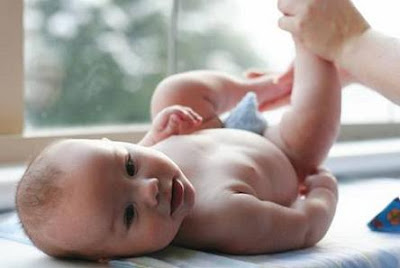 Ladies and gents, we have ourselves a Peepee Teepee.

After Kitty (Calista Flockhart) took home little adopted newborn Evan from the hospital, Nora (Sally Field) warned her about "that little sprinkler system" boys tend to use during diaper changes, but no worries...Kitty introduced her mom - and millions of viewers - to this simple, yet genius product when she, ahem, pitched the little tent for her bare-bottomed babe.

May I suggest the Santa Hat design during the holidays when your tot's wee-wee needs some coverage?