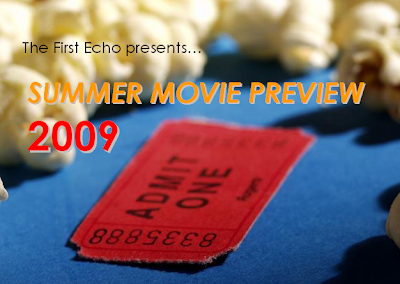 Much like the swine flu and the impending invasion of Susan Boyle copycats on reality TV, the summer movie season is upon us, and there's nothing that can stop it. Although there may not be enough greasy popcorn to inhale during the imminent onslaught of over-commercialized flicks that will be vying for our attention, it will be interesting nonetheless to see what will stick and what will crash and burn Michael Bay-style. After all, there are no men made of Iron here. No Sex, less cities. And there isn't even a fedora-wearing archaeologist in sight...

Here's a list of some sure-to-be recession-proof flicks y'all can enjoy during the sweaty months to come along with what you can expect after forking over twelve dollars to that pimply-faced teenager behind the counter at the box office:

X-MEN ORIGINS: WOLVERINE - Hugh Jackman dons a tattered wifebeater, slashes his way through some bad guys with an equally ripped Ryan Reynolds by his side and trades quips with a manicure-deprived Liev Schrieber. 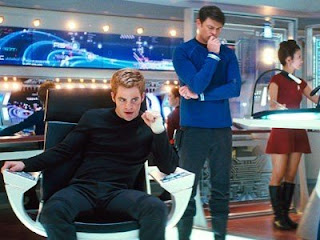 STAR TREK - Sylar grows some pointy ears. Uhura struts her hot ass around space. And James T. Kirk strips down to his skivvies. Will Gene Roddenberry be spinning in his grave or applauding a valiant effort by mastermind J.J. Abrams?

ANGELS AND DEMONS - Tom Hanks thankfully cuts his hair and runs around Italy with another photogenic babe in order to lift the curtain on yet another secret those Catholics have been hiding for centuries. And Ewan McGregor plays a priest. Sadly, altar boy jokes have been omitted from the script.

TERMINATOR SALVATION - Christian Bale may be top-billed, but don't expect the short-tempered dark knight to be the main focus of the film. Word has it Sam Worthington's titular robot is the one to watch in McG's latest addition to his action oeuvre. 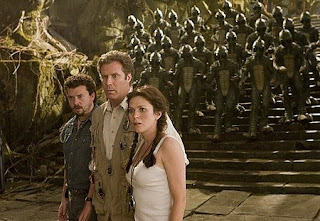 LAND OF THE LOST - Will Ferrel tells Matt Lauer to suck it and then suckers the chick from Pushing Daises (Anna Friel) and the dude from Tropic Thunder (Danny McBride) into a journey that takes them back in time, forward in time and through a parallel universe trippier than that island Matthew Fox is stuck on.

THE TAKING OF PELHAM 123 - Denzel Washington gets his workday totally ruined by John Travolta, who holds subway passengers hostage and tortures them by playing Staying Alive over and over. 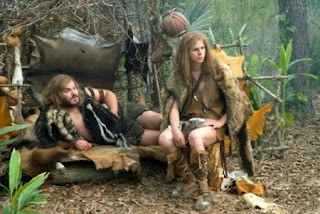 YEAR ONE - Jack Black and Michael Cera star in this prehistoric farce about cavemen and the silly things they'll do for a chick. Also known as Dude, Where's My Wooly Mammoth?

TRANSFORMERS: REVENGE OF THE FALLEN - Shia runs from more alien robots while nursing a much-publicized and real-life hand wound (DUI much?), and Megan Fox flashes more of her midriff in Michael Bay's fx extravaganza.

THE PROPOSAL - Sandra Bullock taps into her cougar potential, creates a faux romance with her too-hot-to-be-true assistant (Ryan Reynolds) and manages to get felt up by Betty White. We know where this one's going.

HARRY POTTER AND THE HALF-BLOOD PRINCE - Harry and the rest of Hogwarts enter a full-blown war with That Guy Whose Name Can't Be Muttered in the sixth and flashback-heavy installment of the most successful franchise in movie history. This boy-wizard shit just doesn't get old. 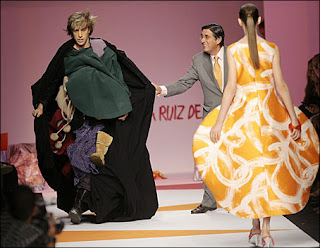 FUNNY PEOPLE - Judd Apatow moves into James Brooks territory with this seriocomic ensembler surrounding Adam Sandler as a stand-up comedian who's got only a few months to live and do the stuff he's always wanted to do. So, he strikes up a bromance with a pre-svelte Seth Rogen and takes off on his mission. Kind of like The Bucket List, but with better writing (we hope).

H2 (or HALLOWEEN 2) - Rob Zombie picks up the bloody pieces after his first reimagined ode to slasher Michael Myers and subjects pretty young thangs to more torture and mayhem. Somewhere Jamie Lee Curtis is putting down the Activia and shaking her head. 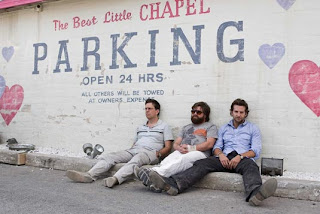 THE HANGOVER - Bradley "The Perfect Asshole" Cooper and his buds hit up Vegas for a bachelor party and experience the worst morning-after ever. This thing has a sleeper hit written all over it and could be the best comedy without the name Apatow anywhere near the credits. And that Mike Tyson cameo? Amazing.

G.I. JOE: THE RISE OF COBRA - Another line of action figures from the 80s gets the big-screen treatment. Channing Tatum, Sienna Miller and Dennis Quaid fill out the uniforms and work some CGI artillery courtesy of Mr. Stephen Sommers. I hear the uncut version includes a scene in which The Baroness crashes a Jem and the Holograms concert and full-on makes out with Pizzaz in a hottub. 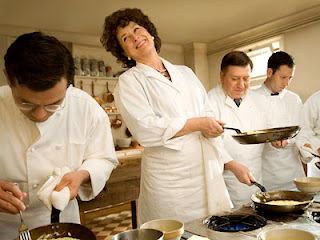 JULIE & JULIA - Doubt stars Meryl Streep and Amy Adams reunite, albeit in different time periods, in a movie about the iconic Julia Childs. It's not a biopic, and it's not a time-traveling tale. However, something tells us you won't want to watch this on an empty stomach.

500 DAYS OF SUMMER - Indie darling Joseph Gordon-Levitt falls in love with Zooey Deschanel, gets his heart broken and then proceeds to get his Michel Gondry on and create his own dream sequences in order to escape the heartache.

And there we have it. May the best overblown-budgeted piece of celluloid win the title of Biggest Movie of the Year, and may we all do ourselves a favor and pass on the disaster that will be Dance Flick.

Off to purchase tickets to Wolverine,