I usually take it as a bad sign when a memoir or an autobiography opens with a description of how the author's parents came to be, where they came from, how they overcame adversity, and ultimately, how they met and created the magnificent human being who has now laid out his entire life for you to read, analyze and potentially adapt into a cable television series.

I would think it has become a bio cliche to start one's life story that way.

Instead, I would appreciate more the writer who starts his life journey at random, in the middle of a juicy situation, from deep within an emotional place, frozen in a singular moment that will shape his life from here on out. 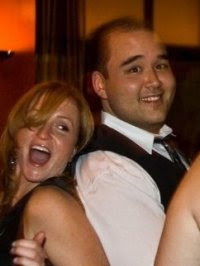 My memoirs, as one would expect, shall be punctuated by pop culture references, mostly musical. The soundtrack to my biopic would be a rich catalog of songs from the 1990s and 2000s with perhaps a prologue's worth of tunes from the 80s.

Thanks to the handy website, JoshHosler.biz, I've been able to travel back in time to see what was at the top of the charts on and around my past birthdays.

With the exception of last year's hit, every #1 song during my birthday (in retrospect) from the past decade has been a relatively stinky piece of poo, and it makes me worry about the direction in which the current state of pop music is moving. Yes, Usher's "Yeah!" was indeed a catchy clubbanger, but that was pretty much about it. And "Say My Name" by Destiny's Child? I'll take Beyonce, Kelly and Michelle's "Bootylicious" any day, any time.

As for the #1 tune dominating the charts during my birthday this year? It's Flo Rida's "Right Round," and although it samples Dead or Alive's popular single from the 80s -- which should automatically qualify it for a slot in the Blasphemous Music Hall of Fame -- I can't help but blare it in the car on the way to work.

This had been the decade during which my obsession with mix tapes took a hold of me (I hadn't burned my first mix CD until the fall of 1999, thanks to the techie who lived down the hall from me in Warren Towers at Boston University).

I tend to associate Vanessa Williams's piano ballad, "Saved the Best for Last," with drives to Long Island with my father in his blue Chevy Corsica. He had once worked for a small telecommunications company in Great Neck and belonged to a YMCA-esque sports club that had an indoor pool I'd get to enjoy on winter weekends. Anything by Ace of Base takes me back to 8th grade dances and birthday parties thrown by the spoiled princesses who populated the hallways of New Rochelle Catholic Elementary. And any collaboration between Puff Daddy and Mase flashbacks me to hot summer days in Rye working at Playland Park and Beach.

But let us focus on the Now...

Moving away from the low-key, "let's stay in" theme of last year, I started celebrating Year 29 (gulp) with as many people as I could at the wonderfully vibrant Stone Rose Lounge at The Sofitel on Saturday night. 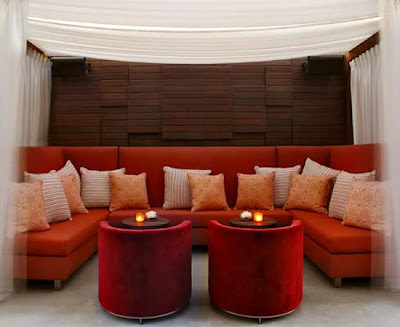 This year's original party venue, Palihouse in West Hollywood, was just too damn hot for my celebration...Long story made short: Manager advised me to come with my 50 guests as a walk-in, manager got laid off, and every square inch of the place got booked with private parties. And I found out about all of this on the night before.

Needless to say, I panicked, but only for a minute because thankfully I had backup. 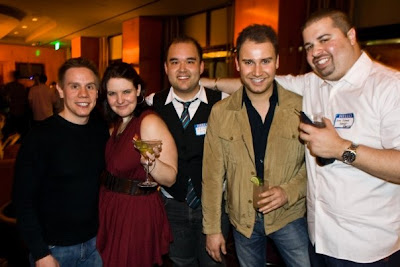 The lemon drop martinis were perfect. The music was entertaining yet questionable. And the company was the best an attention-whoring birthday boy could ask for: 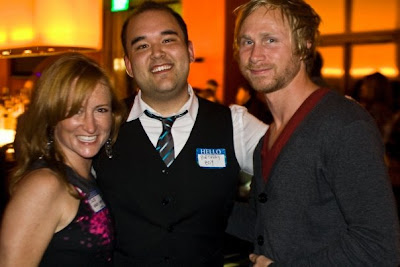 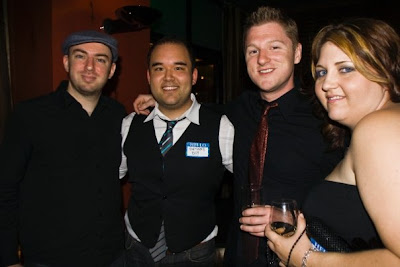 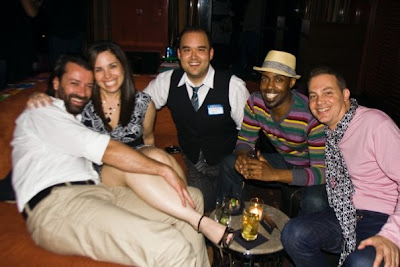 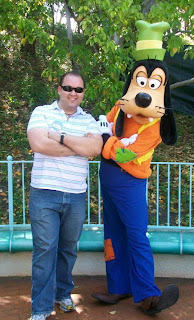 I trekked out to the Happiest Place on Earth to take advantage of their free birthday admission special. Happy, indeed. And here is where I'd usually go over, in detail, the sunburn I received while waiting in line at Space Mountain, the ginormous turkey leg that made me and Erica ill just before plopping down in a gondola at It's a Small World and the absolutely adorable baby ducks that waddled with their mother across Main Street, protected by their own Disney security guards who bumrushed any obnoxious tourist that got within four feet of the precious creatures.

And here's where I would beam over the night's wonderful dinner at the Melrose Bar & Grill with 20 of my closest friends, how delectable the salmon was, how thoughtful the gifts were (Really? A customized and framed anime portrait?) and how much love I felt in that candlelit room, surrounded by laughter and smiles... 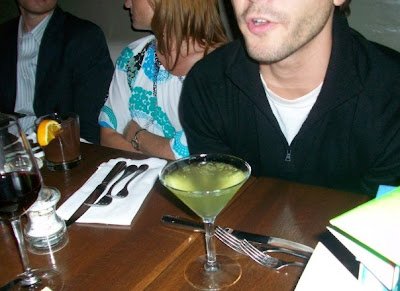 But I'm just too damn exhausted.

I thank and cherish everyone who celebrated with me here and from afar.

Here's to next year (I'm already brainstorming themes), and here's to another memorable chapter for the memoirs.

Jenny said…
Aw - this makes me wish I was there even more! So glad you had a fantastic weekend of celebration!!

said…
OK, weird. Old college buddy (Hi Blake!) showing up in birthday photos on blog I check like once every blue moon....