The Love Lives of Others 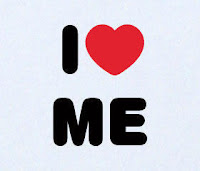 "But everyone's a vacant heart, when will love move in?
It's in the news that we all lose when love ain't moving in.
I only have these empty rooms, and they're all filled with space,
And I can't seem to find much love in this place,
And the doors that close behind leave me standing cold outside..."

After witnessing the stress, heartache and overall relationship drama several of my closest friends have gone through in the past year (2009, you've been quite the banner year for breakups), it's easy to subscribe to the Why Bother? school of thought. Why bother entering a relationship when it will only end in tears, disappointment and destroyed trust? Why bother being with someone who will eventually let you down and shatter every expectation you had ever had? Why bother taking the risk? Why gamble with your emotions?

All of these questions only imply a sense of hopelessness, which can lead to cynicism, which can only lead to Complete, Bitter Loneliness. And who wants a nasty case of CBL, really? For lack of a more trite sentiment, life is one giant risk, and that should be exciting, inspiring. The choices you make will either lead you to happiness or leave a nice bite mark on your ass. And either way, there's always a lesson to learn hidden within the distracting minutiae (Blogger's note: I really just wanted to write the word "minutiae." I think it's becoming one of my favorite words...but I digress).

Clearly, other people's relationships shouldn't determine or influence the relationships you have with others, or more importantly, the one you have with yourself. The latter is something I've been working on for some time now. What happens in the lives of others usually forces me to reflect on what's happening in my own. And when I reflect, I tend to do so in a non-linear, stream-of-consciousness kind of way. And when I reflect, I tend to be hard on myself, letting insecurities get the best of me and allowing the Bad Voices in my head to crap on my self-esteem when I should really just tell them to Shut. The. Fuck. Up.

I've always been the friend who sits across from his friend, listening to the details behind said friend's relationship drama, offering a Kleenex when the waterworks break out, opening my arms for some solace, reserving my shoulder for a droopy chin. I don't mind being that friend. I appreciate any chance I get to have some one-on-one quality time with a loved one; it's an opportunity to grow closer and learn more about each other. But as one who hasn't had the pleasure of being in a legit, long-term relationship, I feel like I have no substantial advice to offer from personal experience. My advice (or jumbled words of wisdom) tends to come from what I've observed in the relationships of others...or what I've learned from watching countless romantic comedies since the age of 13 (And believe it or not, from what I've noticed thus far, Sex and the City continues to function as a relationship bible for many singles who will still place their trust and faith in the powers of SJP & Co., using the series, subconsciously or not, as a default reference guide for the successes and shitstorms they face while wading through the dating pool...and the show's been off the air for more than five years).

Last time I checked, the framed diploma on my wall didn't license me to play Love Doctor for the heartbroken.

After listening to a friend's wailings and offering as much consolation as I can, I can't help but wonder how I would handle such a crisis if I were in their shoes. In a way, it's as if I've become the designated sidekick/best friend in a much longer-running and warped rom-com...and it's about time I become my own romantic lead.

I take back my earlier comment about 2009 being a banner year for breakups; it's become the Year of the Transition. I don't know whether or not it's because we're getting ready to close the doors on this decade, but many people I know are making life-altering decisions, changing their scenery, redirecting their life paths. Is it just me? Is it the country? Is it this city? After all, Los Angeles -- and I'm sure many of you won't disagree with me -- exists on its own planet. The values in this town aren't the same as they are in Anywhere, USA where raising two kids and securing a three-bedroom on a cul-de-sac with a Volvo wagon parked in the driveway is the main objective. The ambition here most likely involves getting one's name splashed across one of those mega billboards on Sunset Boulevard. And in order to achieve this, one has to keep reinventing oneself, re-prioritizing one's goals.

For me, part of my current transition involves painting my bedroom wall a new color (thanks Restoration Hardware), framing new artwork to hang in the living room, booking my first gig as a DJ, forming a business partnership (more on that later), taking myself out on dates (reserving more Me Time), exploring undiscovered parts of the city, putting a stop on feeling sorry for myself, and making lists...lots of lists. Basically, finding new ways to be inspired.

Here's to clearing out the clutter, both physically and mentally, in all of our lives.

"And when you find someone who loves the you that you love, well, that's just fabulous."

MMedico said…
Hiko and the City: I see you as the new SJP for the Angelino crowd.

I sooooo appreciate the "Year of Transitions" edit. Being one of those broken hearted people that have dampened your shoulderpads- I do feel as though breakup is bitter sweet. YES, the end of anything- particularly a long term relationship is hard and yet those years together were not without wonderful moments. Many of them. I find myself lucky to have that kind of love in my life for such a long time. So in answer to the question "Why Bother? - I say LIfe is for living. There are ups and downs in every aspect of life. You can't enjoy the ups without weathering the downs. That is life.

I myself see this time much like you... a time to date myself. I mean, if we want the "universe" to know what we want in a partner- we better be able to treat ourselves in that way as a shining example!
So go out and be good to yourself. After all... being a whole, complete and happy person does attract much of the same...
XO
10:21 PM

Kat said…
Thanks for listening to me and always being such an amazing friend. Sorry to be one of the weighty criers on your shoulder these last months. I couldn't get through this without you. Love you.
3:42 AM

Jenny said…
As someone who was never in a Long-Term Relationship until the one I'm in now, I know how you feel. I would always give my friends advice and then say "although, what do I know? I don't have any experience in this..."

Keep on giving that advice and being that shoulder for your friends. And I think concentrating on "Me Time" is brilliant - everyone should do more of that!