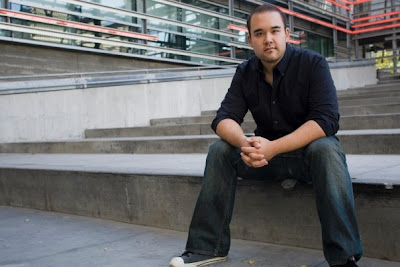 Someday, when I'm asked the question "What was the first song you ever downloaded from the Internet?" I will have my answer ready (it's the first track listed below). I remember it the way a mother would remember her toddler's first spoken word.

I first started making mix CDs back in the fall of 1999 from a corner dorm room on the fifth floor of Boston University's Warren Towers. This was during the heyday Napster, before iPods or iAnythings had infiltrated the student body. Thanks to several dormmates whose CD burners I took advantage of, I was able to set aside the tape cassettes containing tunes I'd record off the radio (the 90s, so primitive) and put together improved compilations with better audio quality (MP3s, who knew?) and without snippets from those gabbing radio DJs who would always talk over the opening of a song (so annoying). With the help of my friend Christina, who had always relied on me for new tunage, I named this series of mixes Burnt, usually followed by a subtitle pertaining to whatever theme fit my life at the time.

As of this posting, I'm currently working on Volume 62. Take that, Now That's What I Call Music.

Before, I wasn't able to articulate why I loved making these mixes so much, both for myself and for friends and family. Now, I have realized that I get a genuine joy out of making people happy by introducing them to a new song they'll eventually grow to love, or when it comes to DJing at a party or private event, reminding them of a song they forgot they loved, helping them re-appreciate a song that sparks a special memory of their own (Adina Howard's "Freak Like Me" anyone?) and ultimately inspiring them to create a soundtrack to their own life.

When I had been booked to spin at The Pleasure Chest a few weeks ago, it brought a smile to my face to see employees bumping and grinding behind the counters, to watch them try to reenact the choreography to Janet's "Escapade," to have a woman walk by and say to me "Great song," when I put on a little Jamiroquai, to overhear a customer tell her friend "Oh my God, I love this song!" when Mark Morrison's "Return of the Mack" started pumping through the speakers. I like to think that I had a slight effect on someone's life and made their world a better place, even if it was just for one of those three hours.

More of testament to my evolving taste in music than just another greatest hits collection from a decade's worth of mix CDs, the following megalist of tunes also represents certain moments from my life. Consider it the definitive soundtrack to my 20s.

This list starts during the peak of the Teen Pop Boom, back when bubblegum ruled the airwaves -- back when TRL was appointment television -- then it transitions to fit a subsequently darker, post-9/11 mood, guides me through a second coming-of-age, follows me to sunny Los Angeles as a hopeful post-grad, helps me cope with a quarter-life crisis, opens my ears to what European imports have to offer, inspires me as a writer, aggravates my frustration with Top 40 radio, and introduces me to new ideas (and an epiphany or two) as I prepare to embrace a new milestone. Some tracks are laughable, almost embarrassing in retrospect, but most have admirably stood the test of time.

Ladies and gentlemen, boys and girls, fellow bloggers and tweeters, I give you my personalized Best of the Aughts, all 70 of 'em (in chronological order, natch). And if you've never heard of a particular song, may I strongly suggest downloading it right away...legally of course.

What's on our your soundtrack?

Unknown said…
Love this post...I also enjoy your chronicling your compilations of days past. I think I'm going to make a collection of my favorite songs this year and include with prezzies this xmas.
5:49 PM

Jenny said…
I TOTALLY remember downloading "Waiting for Tonight" via Napster or one of those sites and burning it to CD - while chatting on ICQ!

GRAE New York said…
Basically all the songs you have on your list plus some Britney, lol. Oh the aughts.
5:30 PM