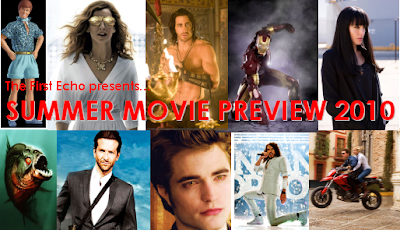 Welcome to the Summer Movie Season of 2010, or as I like to call it, A Summer Without Michael Bay.

Once again, Hollywood will offer us a buffet of cinematic comfort food we've learned to expect this time of year. The season is indeed full of flicks that won't require much brain power, but there are a few cerebral gems hidden among the stockpile (see the last movie on this list). Here's what will (I think) go down in theaters during the next four months as we lather on the sunscreen, break out the flip-flops and check out what's on cable now that network TV ain't looking so good (is it me, or is that final episode of Lost taking forever to get here?). Let us begin: 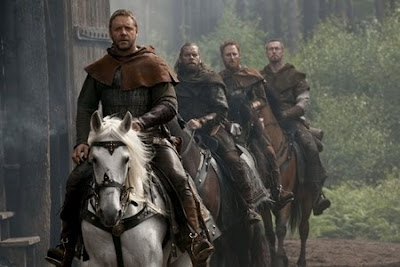 Robin Hood - Gladiator with bows and arrows. And Cate Blanchett.

Shrek Forever After (a.k.a. The Final Chapter) - Everyone's favorite ogre reenacts It's a Wonderful Life and finds out what would have happened had he never rescued Fiona and met Donkey. Moviegoers find out what could happen when pop culture references and visual gags finally run out of gas.

Sex and the City 2 - Or, Manolos in Morocco. The girls get all Ishtar on us, Carrie reunites with Aiden, and Stanford gets married. 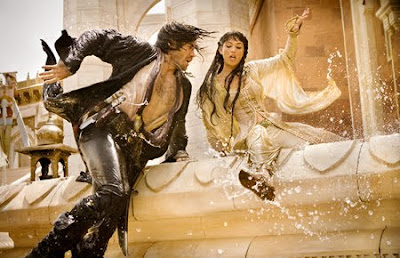 Prince of Persia: The Sands of Time - A superbuff Jake Gyllenhaal becomes Bruckheimer's boy toy, wields a mighty dagger and tries to claim a franchise as his own.

The A-Team - Jessica Biel and Patrick Wilson try to stop four guys from driving around in a van and kicking some ass in the name of justice. Liam Neeson heralds the comeback of the cigar. 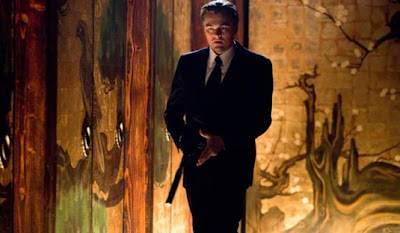 Inception - Leo DiCaprio, Ellen Page and Marion Cotillard star in Chris Nolan's puzzlebox of a thriller. "Your mind is the scene of the crime," reads the tagline. "What the hell is this movie about?" screams everyone.

Get Him to the Greek - A rowdy rock star (Russell Brand) gets escorted by a lowly assistant (Jonah Hill) to Los Angeles. Chaos ensues. Diddy cameos.

Toy Story 3 - The animated pic to beat this year. One of the many reasons to see it: Ken. In an ascot.

Salt - Angelina Jolie sticks to what she does best: kicking ass and taking names in this is-she-or-isn't-she-a-spy thriller. Not to be confused as a companion piece to VH1's Let's Talk About Pep. 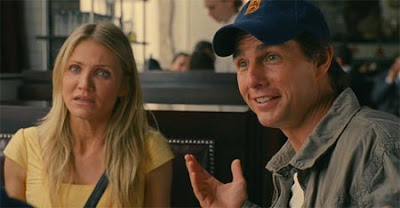 Knight and Day - Secret Agent Tom Cruise picks up innocent bystander Cameron Diaz and involves her in several car chases and shootouts. She's given a gun, he's given a headache, and eventually they both give into each other.

The Expendables - The testosterone overflows as old-school action stars (Stallone, Schwarzenegger, Willis, etc) mingle with new-school badasses (Statham, Li, etc) in this good old-fashioned tale about mercenaries taking down a nasty South American dictator. From the looks of the trailer, I shall rate this flick 5 growth hormone shots.

Piranha 3D - Spring breakers become a smorgasbord for hundreds of chomping fish in what could possibly be the best B-movie of the year. And welcome back, Elisabeth Shue. 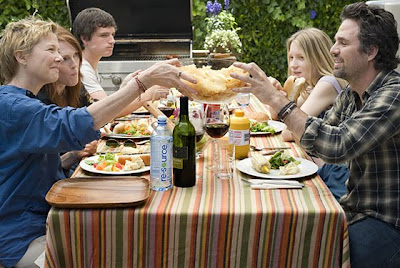 The Kids Are All Right - The Little Buzzworthy Indie of the Summer features Julianne Moore and Annette Bening as a lesbian couple trying to raise a pair of teenagers who start hanging out with their sperm donor dad (Mark Ruffalo).

...And that's just a smattering of options you'll find when you look up at that digital marquee at the multiplex.

Crank up the AC. Butter that popcorn. And succumb to the box office.

As excited as I am about the movies, I'm more excited about the idea of flip-flops and sunblock! It's freezing here...
6:32 AM