I saw the best minds of my generation numbed by complacency, drowning themselves in music produced by computers, overfed, overstimulated, blinding themselves behind glowing boxes looking for an instantaneous fix, assembly-lined hoodlums plugging into a digital connection to the pixelated dynamo in the minutiae of the cybernight,

who glossy-eyed and high sat up puffing in the obligatory darkness of pet-unfriendly studios darting through alleyways contemplating techno,

who bared their souls to those disguised as Potential Matches in chat rooms and saw themselves slurping through Sunday brunches under umbrellas on boulevards,

who passed through Masters programs with hungry-wide eyes dreaming about mortgages and minivans among their bankrupt constituents,

who were ostracized by the mainstream for sketching off the page and coloring outside the lines with their own blood,

who were hunched over in shadowed bedrooms, typing in numbers, clicking their credit away and wondering what it would feel like to swallow that jagged little pill,

who got jaded in jam sessions in the orange-tinted galleries of Silverlake where the streets are littered with lists and propositions graffittied with pornography and tales that try to titillate, 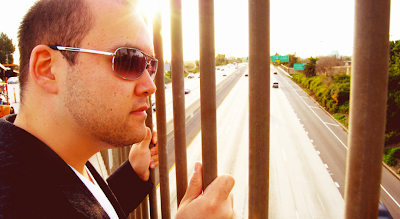 who chained themselves to Vespas for the potholeless ride from Santa Monica to blessed Sherman Oaks on ginseng until the noise of freeways and BlackBerry chimes brought them down heaving silently and battered powerless to punchlines,

who sat curbside tantalized by texts tried and true for most of a Sunday and lifted their heads to the sky contemplating a dozen what ifs, such as what if they had signed away their identities to broadcast their emotions to a macaroni-and-cheese-smiling host who only cared about book deals and syndication, what if they had bled their hearts out to an audience of millions only to be forgotten by the time the next pop cultural wave crashed on the shores of the short-attention-spanned,

who talked continuously sixteen hours from haven to hole-in-the-wall to haciendas to Getty to taco stand to the Glendale Galleria, languid soldiers of spraytanned bullshit artists jumping through hoops off hiking trails, off railroads leading to barren wastelands,

who fell into nowhere Kabbalah Nevada leaving a trail of ambivalent picture postcards of the MGM Grand, suffering Western delusions of grandeur and development deals while lounging in coffeeshops filled with broken hearts, 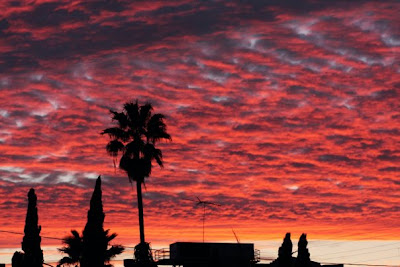 who lit cigarettes behind 99-cent stores trudging through the rain toward soulless outlets promising yesterday's fashions,

who studied for hours because the cosmos instinctively vibrated at their feet in Westwood,

who lounged starving and lonesome through New Orleans seeking hip-hop or sex or soup, and followed the brilliant Frenchman to converse about Facebook and veganism, a hopeless venture, and so took flight to London,

who disappeared into the alleyways of Austin leaving behind nothing but the shadow of cargo shorts and the overflow of digital inboxes on smartphones,

who reappeared on the West Coast investigating the Bush administration in horn-rimmed glasses and shorts with bloodshot eyes sexy in their olive skin sending out email blasts,

who distributed eco-terrorist booklets on Hollywood and Highland weeping and undressing while the sirens of Los Feliz wailed them down, and wailed down Wall, and the Metro Rail also wailed,

who howled on their knees just for the hell of it, just because they never made it to where they wanted to go, just in time to be heard by soulless agents who would promise marquee-sized infamy,

who let themselves be fucked in the ass by saintly pizza delivery boys who graduated from prep schools and never left their neighborhoods,

who copulated quietly and indulged in a bottle of cheap wine that would do everything but numb the pain of singletonness,

who licked the lips of a thousand girls trembling in the sunrise, and were red-eyed in the afternoon but were ready to sweeten their breath, flashing buttocks under tenement roofs and naked in the public pool,

who went out whoring through Seattle in stolen hybrids, secret hero of these stanzas, craftsman of informercials dedicated to breaking the self-esteem of girls and boys, getting it on in empty garages and theme park attractions, multiplexes' reclining chairs, on mountaintops in shacks or with minimart cashiers in familiar roadside junctions,

who fell asleep in enlightening lectures, were shifted in dreams, woke on a 6 train, and picked themselves up out of ditches hungover with anime tattoos and horrors of Madison Avenue cyber dreams and stumbled to unemployment offices,

who created great mythological dramas on the apartment hillsides of West Hollywood under the golden sunlight of the Sunset billboards and their heads shall be crowned with accolades come January,

who typed away all night rocking and rolling over in Red Bull-induced rants that brought them to cloudy conclusions,

who cooked partially hydrogenated oils in pools of high fructose corn syrup and drank coffee from tumblers designed to fit in anywhere,

ah, Paul, while you are not rich I am not rich, and now you're really in the total twixter flux of a generation and who therefore ran through the dry streets obsessed with a sudden flash of an idea to use the colon the exclamation point the alliteration & the overused irony,

who meditated and made revisions to their Life Stories in Bricks & Scones with not-so-subtle pseudonyms, and trapped the contradictions of the mind in between the pixels of a dozen jpegs and published transcendent blogs and set the anagrams and initials of superficiality against each other while attempting to recreate the sensationalistic language and phrasing of glossy-paged prose and sit before you confident and cocky and intelligent and shaking with anticipation, failed yet pouring out random tidbits with the hopes of capturing interest, fulfilling a few manic requests, stuck, yet writing down here what might be left and studied in a time we can't really imagine now, and rebirthed themselves in the earthy garbs of electronica in the silhouettes of strangers and blew the suffering of America's inactive mind for change and progress into a yea-aah eh-yo ya-yaa Auto-Tune cry that pierced the cities down to the last iPod with the absolute inanity of the song of life entering their ears and flying out the other side. Paul Francis! I'm with you in Westchester where you're more successful than I am.

I'm with you in Westchester where you must feel very strange having never flown the coop, having never broken through the boundaries you made for yourself.

I'm with you in Westchester where you laugh at this and don't recognize me as your brother, your confidant, your partner in crime, your other self.

I'm with you in Westchester where we are great scribes on the same dreadful Mac, updating statuses to no avail, hoping we are heard by Simon & Schuster, heard by the affiliates, heard by HBO, heard by our idols we never met.

I'm with you in Westchester where your condition has become scandalous and is reported on the blogs, displayed for millions to laugh and roll their eyes and scroll down to the next piece of daily trash.

I'm with you in Westchester where you drink the spa water of the breasts of the smothering mothers of Yonkers who wish to wear their dream evening gowns to their daughters' weddings and bake endless pasta dishes that will only strengthen the cord they'll never cut.

I'm with you in Westchester where you pun on your friends, layer sarcasm on your parents, challenge your followers, and dismiss your lovers.

I'm with you in Westchester where you scream in a studio apartment that you're losing the fight of the eventual dodgeballing of the generation gap.

I'm with you in Westchester where you bang on the catatonic keyboard that the soul is innocent and immortal while you reminisce about the first couple of sexual conquests you claimed shortly after coming out of the closet.

I'm with you in Westchester where a few more hits will never reunite your mind with your heart and bring you an equilibrium you've longed for since nap time.

I'm with you in Westchester where you accuse your doctors of neglect and plot the revolution against the bigoted national GOP.

I'm with you in Westchester where there are several thousand mad activists all together singing the final chorus of 'Single Ladies.'

I'm with you in Westchester, and in my dreams you float bathed in an illumination that only enhances your beauty, float from a high journey on the freeway across America in tears to the door of my bungalow in the noisy night.