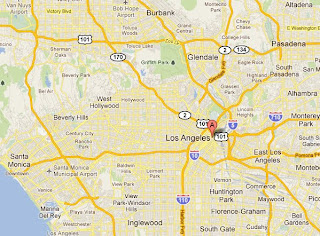 I thought I'd save this for next year's anniversary blog celebrating 10 years of living in the City of Angels, but why wait? I'm sure I'll stumble upon other discoveries before next summer rolls around. Here are twenty little nuggets I thought I'd share in the meantime (are there any I'm missing?).

3. Attractive, scantily-clad joggers should not be allowed to stretch and stand on the sidewalks of busy intersections; it's a driving hazard. And just not right.

4. When in doubt, take Fountain Avenue (or Olympic).

6. Some casting directors are jaded, former actors with a penchant for pot-smoking, obsessing over the shenanigans of Bravo reality-TV stars, and dating those who qualify as "10s."

7. Anyone who's ever tried to adamantly defend living in the Valley most likely considers "a wild night out" to include a cocktail at The Americana before 8pm, followed by sushi and karaoke somewhere along Ventura Boulevard and an Evian nightcap on the couch in front the latest Saturday Night Live.

10. Yellow curbs are a godsend when looking for a parking space after 6pm.

11. The homeless beggar stationed at the 405 Freeway exit ramp on Santa Monica Boulevard earns more than I do in one day. I have no doubt.

12. Larchmont Village is the new Brentwood.

13. Abbot Kinney is the new Melrose.

14. The Sunset Junction street festival is an excuse for anti-WeHo gays to break out the assless chaps and for Silverlake hipsters to celebrate each other's ironic awesomeness. 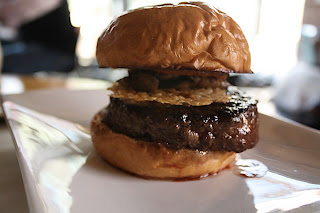 15. The Grilled Cheese Truck and Umami Burger are conspiring against me in an attempt to sabotage my waistline.

16. The following is not always true: The longer the wait for a table, the better the brunch experience.

17. Downtown is where East Coast transplants attempt to recapture better days and fool themselves into thinking they live in lower Manhattan.

18. Soap actors love making appearances at The Griddle Cafe on Sunset (whether or not they consume the calories in those ginormous pancakes is irrelevant).

19. The four seasons of Los Angeles are as follows: Awards, Wildfire, Earthquake, and Pilot.

20. Celebrities - they're just like us. Except they get stuff for free (even though they earn 100 times more than us), pay people to polish their reputations, and come with truckloads of insecurities.