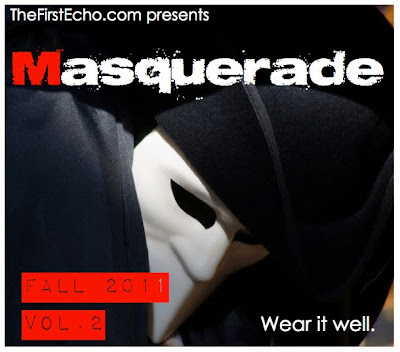 *And yes, those would be download links to some of the tracks below (get 'em while they're hot).

1. "We Found Love" by Rihanna feat. Calvin Harris
2. "Just In Love" by Joe Jonas
3. "I Like How It Feels" by Enrique Iglesias feat. Pitbull
4. "Shake It Out" by Florence + The Machine
5. "Russian Unicorn" by Bad Lip Reading - Upon the first listen, you may not get the lyrics at all. That's because it's one of those songs you need to see to believe. The geniuses behind BLP have produced a single as an alternative to the Michael Buble video for 2009's "Haven't Met You Yet," and the result is a hysterical exercise in random absurdity:

6. "The Lady is a Tramp" by Tony Bennett & Lady Gaga
7. "Au Revoir" by Cascada
8. "Sexy and I Know It" by LMFAO
9. "All Night Long" by Demi Lovato feat. Missy Elliot - The former Disney princess/tabloid fixture surprises with this bump-and-grinder produced by the trying-to-stay-relevant Timbaland. And the Missy cameo is a welcome appearance.
10. "Earthquake" by Labrinth feat. Tinie Tempah
11. "Good Feeling" by Flo Rida
12. "On Display (Arkatone Radio Mix)" by Melissa Gorga - The remix of this disposable dance fluff from the New Jersey Housewife I've grown to root for ain't too shabby.
13. "Paradise" by Coldplay
14. "The Sound of Missing You" by Wildboyz feat. Ameerah
15. "I Surrender" by Clare Maguire:

16. "Bedroom Eyes" by Dum Dum Girls
17. "Playmate to Jesus" by Aqua - Who'da thunk I'd still be jamming to the guys who gave us "Barbie Girl" 14 years ago? This mid-tempo pop number hails from the halfway decent Megalomania which was recently released overseas.
18. "Beautiful People" by Benny Benassi feat. Chris Brown
19. "The Muppet Show Theme Song" by OK Go - To prepare you for the upcoming Muppets reboot.
20. "Take Over Control" by Afrojack feat. Eva Simons - Despite its release last winter, Top 40 seems to have finally caught on to the Eurotrashiness of this track.
21. "25/8" by Mary J. Blige
22. "Crazy" by Electrolightz
23. "The Walk" by Mayer Hawthorne - A soulful jam from a funkier, nerdier version of Robin Thicke:

24. "Without You" by David Guetta feat. Usher
25. "What Doesn't Kill You (Stronger)" by Kelly Clarkson
Email Post
Labels: music playlists