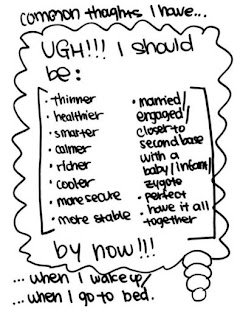 Since I neglected to post a birthday blog this year (forgetfulness alert!), I thought I'd compile a list of things I've noticed about myself lately. Consider this another example of me being overly observant and self-aware as I settle into Thirtydom and attempt to make sense of the controlled chaos I call my life.

I'm sure I'm not the only one who's found himself waxing nostalgic about trivial things like mix tapes and Netscape, and I know I'm not alone when I say that I've been content staying in on a Friday night with a couple of DVRed episodes of Here Comes Honey Boo Boo.

So grab a pencil. Because some of you may want to use this as a checklist...

1. Falling asleep on a friend's couch on a Saturday night...well before midnight...while watching a Woody Allen DVD.

2. Falling asleep in bed on a Saturday night...well before midnight...while watching old episodes of Felicity.

3. Adjusting to the reality that my "little" cousins are now posting pictures of their dorm room shenanigans on Facebook.

4. Educating my younger coworkers on the discography of Ace of Base.

5. Having phone conversations with my mother about her retirement plans.

6. Having phone conversations with my father about his senior discount at McDonald's.

7. Surfing through radio stations in the car...and stopping on LiteFM.

8. Being able to read 50 pages of a novel without interruption...and considering that a vacation. 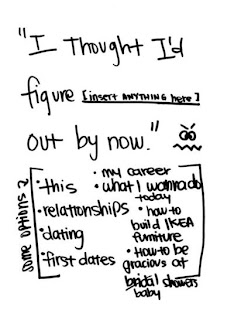 9. Having no problem whatsoever leaving a club or bar before 1 in the morning.

10. Choosing a dirty martini over a Midori sour.

11. Thinking "that bucket list isn't such a bad idea."

12. Fully understanding the differences between a 401k and an IRA.

13. Realizing the Class of 2012 was born the year I started high school.

14. Rolling my eyes if more than half the tracks on a pop artist's new album contain "featured" guest artists who contribute nothing to said album.

17. Avoiding the urge to shop at retail stores with posters that resemble an AARP ad.

18. Familiarizing myself with baby and bridal registries...for other people.

19. Getting thoroughly excited when Trader Joe's brings back my favorite pre-packaged meal.

20. Being thoroughly disappointed when Trader Joe's discontinues my favorite snack. 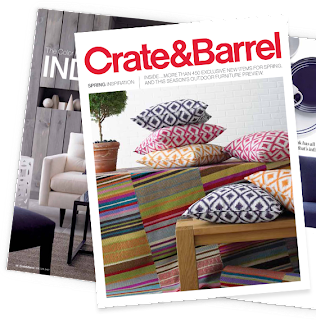 21. Having fond memories of Netscape.

22. Stressing over my protein and sugar intake.

25. Finding the trunk of my car to be taken over by reusable grocery bags.

26. Transitioning debates from Backstreet Boys vs. NSYNC to Mad Men vs. Breaking Bad.

27. Having a hard time saying no to people (because I treat everything as an opportunity I wouldn't want to miss). *Not so much as an age thing; it's just something I've realized that explains why I've been having less and less "me" time.

28. Understanding how your parents must feel when their childhood idols pass away. While they cling on to two of The Beatles, I shall cherish the time I have with the last of The Golden Girls.

29. Falling into a slight depression while accepting the fact that the 90s started 20 years ago.

30. Updating my Facebook status with links to blogs about being 30.

Granted, some of the above doesn't have to be about "being in your 30s." Some of it simply signifies a life mostly spent in front of the TV...and for that, I have no shame.

That all said, I leave you with this brilliant, funny-cuz-it's-true video that went viral earlier this year:

Does this Tommy Hilfiger polo make me look lame?

@TheFirstEcho
flashbacks random thought of the week the personal crap

Jenn said…
So, yesterday I was actually explaining the differences between a 401k and a RothIRA to my 23-year-old coworker.

And these are SO true for me: "Rolling my eyes if more than half the tracks on a pop artist's new album contain "featured" guest artists who contribute nothing to said album" and "Considering the MTV Video Music Awards a non-event."