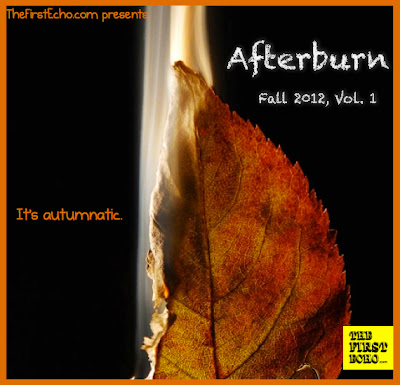 You know autumn is upon us when Staples sells out of Crayola crayons, "pumpkin" is the flavor du jour at every cafe, and there's a new Resident Evil movie hitting theaters.

The weather may be cooling off, but things are just getting warmed up. Cut to: me spending my Labor Day weekend laboring away to perfect a playlist that just might help you get through those unavoidable Halloween costume brainstorming sessions...

1. "Your Body" by Christina Aguilera -- We kick off this compilation with The Voice judge's anticipated first single from her fifth studio album (seven, if you count those holiday and Spanish releases). It takes a couple of listens to settle into the suggestive lyrics and seductive bassline. Next thing you know, you'll be clamoring for the nearest warm body on the dance floor and grinding till the world ends.

5. "We Come Running" by Youngblood Hawke -- My theme song from August also doubles as a perfect playground anthem for elementary schools everywhere (and anyone who appreciates celebratory alt-pop). Recess will never sound more awesome. Teachers, you're welcome:

7. "It's Time" by Imagine Dragons -- Yep, it's the song that was used in the trailer for The Perks of Being a Wallflower, and everything about this barroom sing-along soars:

11. "Little Talks" by Of Monsters and Men -- Sure, this single from the Icelandic folk-pop band may have been around since February, but it's finally gaining some traction, and rightfully so:

23. "Gangnam Style" by PSY -- If you haven't heard what is basically the Korean "Macarena," you will.

And yes, Volume 2 is already in the works.