The 10th Anniversary of "Totes"

It's not just a line of umbrellas, gloves, and slippers found at JCPenney.

The abbreviation of "totally" has permeated the lexicon, popping up in iChats, becoming a part of movie catchphrases (I Love You Man's "Totes magotes"), and peppering everyday conversations between rather intelligent individuals. 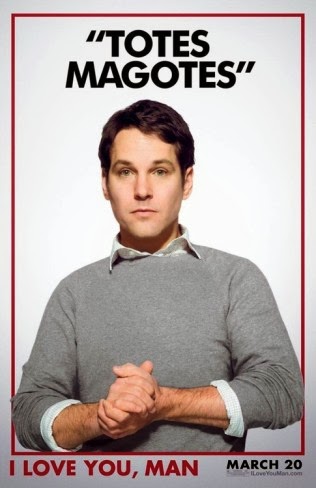 According to Urban Dictionary:

The most obvious advantage of using this word is the time saved. Data collected at a prestigious university found that every syllable spoken takes approximately 0.14 seconds. The same prestigious university also found that the average valley girl says the word totally around 190 times a day. If you do the math, the average time saved by using the word totes as opposed to totally would save 26.6 seconds a day! Over the course of a year that adds up to 2.7 hours!

It has been commonly assumed that the word originated from teenage girls, particularly those of the Valley kind, but I can proudly tell my grandchildren that I was there to witness the birth of "totes" in the early aughts (2004, to be exact). It didn't start with some bubble-headed 16-year-old cheerleader from Burbank; it began with -- who else -- the gays. Lest we forget the wise words of Sex and the City's Samantha Jones: "First come the gays, then the girls, then the industry."

My friend Doug once lived in quaint house off Crescent Heights Boulevard here in Los Angeles with three roommates. The 3-bedroom villa (and guesthouse out back) soon earned the nickname Maryland Manor, simply because it was located on Maryland Drive...and four self-proclaimed "Marys" happened to live there.

One of Doug's roommates, Jim, had abbreviations for nearly every polysyllabic word in the English language. His dialogue style rivaled that of the most quick-witted adolescent ever created by Ryan Murphy. Slightly bitchy with a dash of snobbery, but all in good fun.

Whenever I would drop by for a visit -- be it a barbecue, Halloween party, or a Desperate Housewives viewing party -- Jim would always manage to pepper his dialogue with "totes," usually in agreement with whatever petty subject that was being discussed around the island of their "totes gorge" (totally gorgeous) renovated kitchen.

Shall we make reservations at AOC tonight? Totes.
Isn't this shirt I got at Club Monaco so cute? Totes.
Would you like a glass of riesling out on the lanai? Totes.

An outsider probably would have shuddered at the pretension and vapidity of it all. But the fact of the matter is that "totes" leaked out into the world. I used it while visiting a friend in Boston during the following winter, and she loved it, making a mental note to include it in her own conversations (the East Coast would never be the same). Cut to nearly a decade later, and we're now seeing James Earl Jones uttering the word in national ad for Sprint.


"Totes" even registers in Google's dictionary (go ahead and type it in). It's all over. It has finally reached "household name" status, and I couldn't be prouder to have been present during its inception.

Sure, I should be prouder of other things in my life, and if that makes me sad, trivial and pathetic, then so be it.