Adele vs. Taylor Swift: What's Really Missing From This Debate 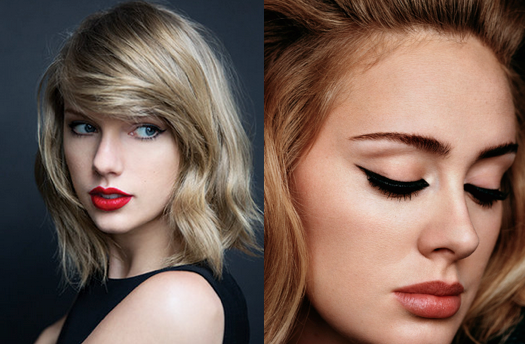 When Adele premiered her single and video for "Hello," the lead track from the highly anticipated 25, music fans who love nothing more than a manufactured competition between pop stars, particularly female ones, took to social media to immediately celebrate that the Brit was about to dethrone Taylor Swift in just about everything.

And she did, in a way. The video for "Hello" broke YouTube viewing records, and the song instantly became #1 in, like 5,000 countries or something.

But I'm not here to add to the "let's diss Taylor" pile. True, I admit to publicly declaring that most of Swift's music doesn't do much for me. While I appreciate how smart she is in terms of fan engagement and making sure her simple-yet-relatable lyrics ring true for every young, romantic ear out there, she's simply not my preference. (And if you ask me, I think "Style" was the best single to be released from 1989, despite it being the least successful of the five we have thus far. I wish it had gotten as much airplay as the now-ingratiating "Bad Blood.")

What I'm trying to say here is that the whole Adele vs. Taylor debate is based on unreasonable opinions; each camp could argue and defend their respective idol until the cows come home. And of course, there's the whole spectator sport of pitting women against each other, especially female pop stars. It's something that's been practiced as long as I have been alive (Madonna vs. Cyndi, Whitney vs. Mariah, Britney vs. Christina), and frankly, we should all know by now that it's complete and utter sexist bullshit -- and I am guilty of having participated in it in the past. However, if said pop stars have true beef with each other -- as we've seen on Twitter, and most recently, on the VMA stage -- then, by all means, we'll just have to fight to urge to fan those flames.

Instead, the discussion we need to have should explore how and why two female artists, both amazing in their own right, have such different approaches and sensibilities while sharing a similar amount of fame and success. While Adele wrote most of her third album at the age of 25 (she's now 27), Taylor seems to be peaking at the same age. Therefore, perhaps what we should really focus on is where they came from, the cultures from which these two individuals originated, because I think that's how we can understand why they are who they are and why their musical tendencies seem so different despite being (roughly) the same age. In other words, is there a difference between an American 25 and a European 25?

First, let's take a general look at their audiences. 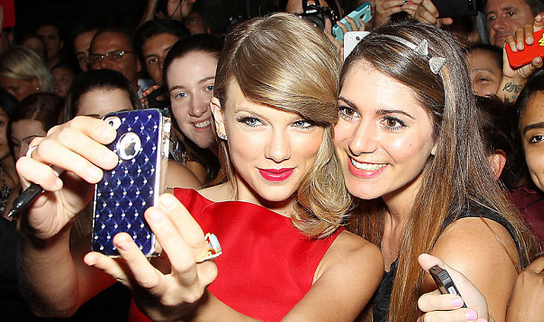 While Taylor gets much respect from around the world, the fanaticism mostly stems from young females. Sure, she may have broadened her audience with the pop-friendlier 1989, but she doesn't seem to hit ALL the audience quadrants like the British singer does. Critics and naysayers who continue to be unwooed by the former country starlet still consider her music adolescent, the sounds and stylings of a 17-year-old clinging to her diary with romanticized notions of the perfect relationship. But, like the song goes, haters gonna hate hate hate hate hate. 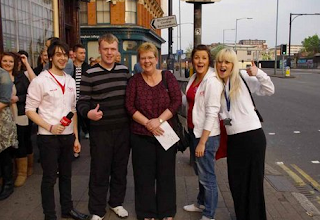 Adele's fandom, on the other hand, is basically associated with young women, men, soccer moms, and grandparents. Her appeal crosses generations and demographics in a way few pop acts do. Her sounds and stylings earn her praises that label her "an old soul," someone wise beyond her years. Her lyrics, especially combined with those evocative vocals, belie a ton of life experiences. (And now that she's a mum, I'm sure she gained even more insight.)

Maybe Taylor's just having fun, soaking up her mid-20s while they last, hanging with her squad, welcoming her famous friends to join her on stage at sold-out arenas, and posing with male models on various sets. It's what any girl young woman her age (with that much clout) would do. Making tons of publicized appearances, nabbing herself a piece of dashing arm candy in the form of an internationally-renowned DJ and Armani model, amping up her image with an all-star, action-packed music video loaded with special effects... There's nothing wrong with all of this.

It just happens to feel so very...American.

Yet Adele doesn't feel the need to fill her productions with celebrity cameos. According to i-D magazine, which nabbed the first interview she's given in three years, "it's incredible, unheard of really, for an artist in 2015 to be so famous and yet play the game as little as Adele does." Further proof: she's not very reliant on social media either.

So, how does she evade it all? "It's definitely harder to avoid it than it is to give into it," she told the magazine. "I think most people tend to give into it because it is easier, but I just can't. I'm uncomfortable with giving into that kind of thing. Me being photographed in Waitrose [a supermarket] is being famous for no reason, and that is something that I am not up for and I will not stand for, for myself." She even manages to avoid any places where the paparazzi are poised to capture her in a candid moment. "It's not me trying to be like fucking anti-famous cunty, I just want to have a real life so I can write records. No one wants to listen to a record from someone that's lost touch with reality. So I live a low-key life for my fans."

One could argue that this outlook on fame and celebrity, this humbling philosophy, is so very...British. 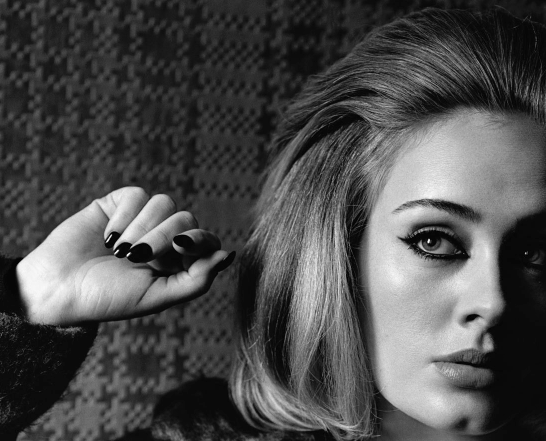 After all, the British stereotype tells us that they're a more reserved people, more modest in their pursuits, and that British youth -- and Europeans in general -- tend to mature faster than their American counterparts. (Legal drinking age of 18! Taking a "gap year" to see the world after high school! Less reliance on parental support!) Could this be true when it comes to observing the lives and careers of these two global superstars who hail from different nations?

Granted, there may be nothing reserved about Adele when you hear her swear like a working class laborer in interviews, but still, her image/brand is undeniably more subdued and muted than the one Taylor puts out. The proof is in each singer's highest-profiled project of 2015 -- just place the sepia-toned shots of "Hello" up against the Bruckheimerian loudness of "Bad Blood."


This is why Adele is important. Not because she sells millions of records and wins every award going. She's important to me and to you because she sings about life in a way that deeply moves and affects us and she does this in spite of "engagement" and "coverage" and "reach". She doesn't play the fame game. She doesn't return with a new look or a new concept every album. Adele is an artist, not an entertainer.

However, what Taylor and Adele both possess is an incredible amount of self-awareness as artists (or whatever you want to call them). Both have talked about how much they realize they're figures in a very unique position, cogs in a giant machine that can continue to make them...or break them in an instant. And with that comes the responsibility of crafting very meticulous PR moves; I'm sure both of their teams have their work cut out for them. It just so happens that, while one is known for making more splashes and seemingly embracing everything that comes with selling millions of albums, the other is known for taking more modest approaches to her artistry and being comfortable not subscribing to the celebrity playbook.

This doesn't make either one of them better than the other. It simply makes them great in their own way, especially in the eyes of those buying whatever they're selling.

I'll just sit here and turn up the volume on whichever one of their tracks suits my mood at the moment.

Unknown said…
I think Taylor Swift, on her own, is incredibly talented. Yes, she's young and lives young and thinks young, but she's just "living the life" of a young, pop star. She writes some songs that are so "catchy" I find myself humming them while standing in line at the grocery without even being aware of it. :)

But it's the Adele songs that I will play on Youtube over and over, again, and for the reason you mentioned: She's an "old soul" and sings the songs that a woman of experience and life would sing and they engage us on that level. Plus, I'm a woman in my 40's, so Adele would be the album that I would buy.

They are actual opposite ends of the divide in venue, as well. Adele is "technically" considered pop, but she's really not. More adult contemporary where Taylor Swift is unapologetically pop star. So the audience would be different.