#TBT: That Time Huck from 'Scandal' Flirted With Me 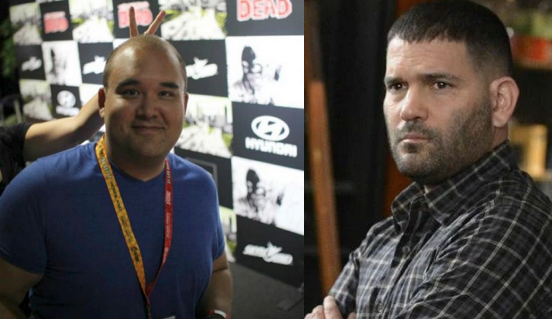 I mean, he told me the highlight of his first Comic-Con...was meeting me. (See below video.)

Back in 2012, I worked the press line on the red carpet at a Walking Dead party at San Diego Comic-Con, and before I became a Scandal addict, I had an interesting run-in with Guillermo Diaz, who plays the troubled Huck on the ABC drama.

Perhaps he was under the influence and just acting silly (or being polite while trying to answer my lame question), but I think he may have hit on me.


Damn. I wished I had prepared some better questions that night.