"Look What You Made Me Do," Taylor: Comment On Your New Single 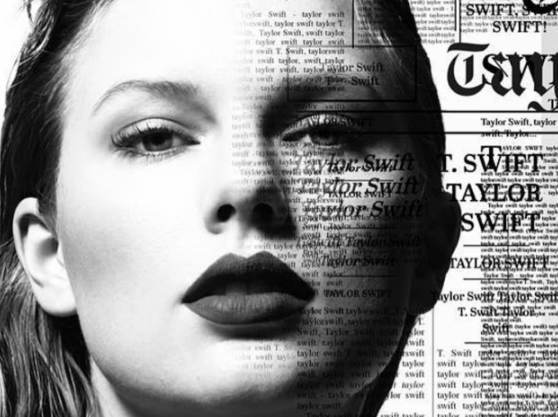 When a new Taylor Swift single drops, the world pretty much stops (whether you love it or hate it). And it's a rare for a pop star nowadays to possess such power. I'll give Tay-Tay that.

So, upon giving her new single, "Look What You Made Me Do," several listens (you know, to be fair), I had several knee-jerk reactions.

But first, I feel I like need to provide some context with my assessment: I am not a diehard. With 1989, her epically successful previous album, I was actually a fan of tracks like "Style," "Out of the Woods," and "New Romantics," singles that, unfortunately, weren't as ubiquitous (read: overplayed) like the unrelenting "Shake It Off" and "Bad Blood." I appreciate some of her songwriting. She could deliver a good chorus. I could understand the passionate fandom.

However, we're entering a new era: the snake-filled social media teasers and black-and-white key art covered in newspaper headlines is positioning Taylor Swift as a newly born bad bitch who isn't afraid to address her "reputation" and come back with poisonous lyrics aimed directly at people who did her wrong. And according to her, she's "got a list of names." (David Mueller probably at the top.) How very Stripped, how very Revival, and how very I'm Not Dead of her, don't you think?

In other words, she's on the defensive, and that's...great?

I'm all for pop stars channeling their emotions into a song, but when you're on Taylor Swift's level, you run the risk of coming off as self-aggrandizing with your new material. And that's where "Look What You Made Me Do" is currently standing. She's fanning the flames of fan frenzy with this apparent clapback at her enemies, haters, whatever you wanna call them. And we've heard this all before, haven't we?

The repetitive title of the song is also very telling, echoing the growing sentiment of a generation that struggles with how to feel and react to negative forces and situations in their lives. "Look what you made me do?" No, girl. You are responsible for how you react, feel, and handle things. No one made you write this song. It's pointless to shift the blame on others for how shitty you feel. Also, "Look what you made me do" is a common phrase said by abusers after they release their rage. Just saying. The POV of this chorus makes me wonder...

Defending yourself is one thing, but being on the defensive is another. One involves protecting your dignity and standing for what's right, while the other involves a presumptuous attempt at lashing out at anyone or anything that threatens what you think is important. Maybe I'd enjoy this song more if it weren't so manufactured to manipulate millions into taking her side in her celebrity feud du jour (or broken heart). Maybe I'd enjoy this song more if it contained one iota of genuinely uplifting content rather than "dark" lyrics that border on promoting Mean Girlisms. (That said, thank God for Pink's new single.)

Plus, the reductive beat behind this semi-decent production (and the random, obscure "I'm Too Sexy" melody sample) does nothing but reveal how weak of a vocalist she clearly is. (I can say the same for other Top 40 artists, male and female.) And that music video sneak peek? Beyonce called. She wants her "Formation" pose back.

However, the ever-brilliant Louis Virtel does put a few things in perspective:

And while her army of fans will defend said single until their last breath (as any diehards would; I'm guilty of doing the same for one Miss Christina Aguilera, who hasn't met a defensive lyric she hasn't sung), I'm curious to see how long this mania plays out and how the rest of Reputation will sound like. I'm guessing there will be "collaborations" with other "hitmakers" and a catchy ode to all the fans who stood by her side through such "tough times."