5 Things The 'Fear Street' Movies Should Include 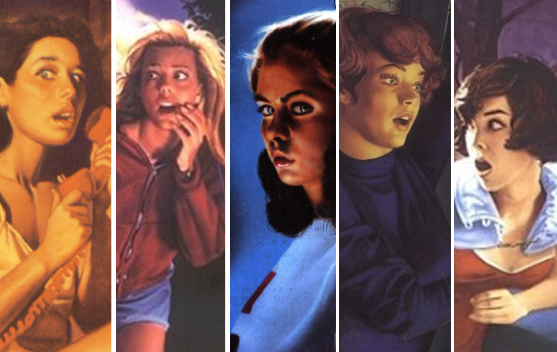 Ever since news dropped that Fox is developing not one, not two, but three (3!) theatrical films based on R.L. Stine's uber-popular YA horror book series from the 90s, Fear Street, my mind has been a whirlwind of fanboy-fueled possibilities.

To say I'm well-versed in this horror universe would be an understatement. The history and proof of my devotion can be found HERE and HERE -- in addition to the below photo of one of my bookcases at home and a framed, signed letter from R.L. Stine from 1992. Therefore, I would like to offer some unsolicited advice and guidance for the producers and Hollywood puppet masters behind this ambitious adaptation. I hope I speak for millions of others who came of age while reading these books when I say: please don't fuck this up.

There's still time to ensure that this impending franchise will live up to the enormous fanticipation surrounding it. Director Leigh Janiak is reportedly overseeing "a writers room of sorts" as she develops three stories simultaneously for Chernin Entertainment, the production company responsible for bringing this series to the big screen. That said, if there is room for a consultant on the Fear Street team, please feel free to contact me. (My bio can be found on the right side of this page, and my day rate is reasonable.)

In the meantime, here are five things to keep in mind...


1. ESTABLISH A SHADYSIDE CINEMATIC UNIVERSE -- While most of the Fear Street novels each included a self-contained story, there were rarely any recurring characters mentioned in other books. Notable hotspots within the town of Shadyside were revisited (Pete's Pizza! The Division Street Mall!) but it wasn't until Stine introduced the Fear Street Seniors in 1998 when readers were able to follow the same characters throughout multiple novels (notwithstanding trilogies like 99 Fear Street and Fear Park). It can be assumed that these "bingeable" movies will set up a world in which characters are linked together by one overarching story -- and this could be a good thing. With so many titles in the series, Fear Street has the potential to be the Marvel of YA horror pulp fiction on the big screen. Just think: what would it look like if Silent Night's spoiled rich girl Reva Dalby were invited to vengeful Justine Cameron's Halloween Party where she can brush shoulders with some of those possessed Cheerleaders?

2. FEATURE A DESCENDANT OF THE FEAR FAMILY -- Anyone familiar with the mythology of the series knows that the titular street of horrors was named after the Fear family, a dynasty dating back to colonial times. (It's all chronicled in the 1993 Fear Street Saga trilogy and spinoff series of the same name.) And since it's been reported that the three films will "take place in different time periods," one would assume that an origin story surrounding this troubled family could very well be told, either in flashbacks or in its own singular movie. Either way, it would be a great way to pay respects to the past. 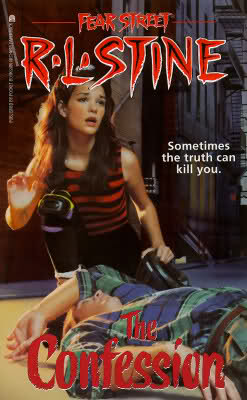 3. DESIGN A PRINT CAMPAIGN THAT PAYS HOMAGE TO THE ARTWORK OF THE ORIGINAL PAPERBACKS -- Bill Schmidt, the artist behind most of Fear Street's iconic book covers, managed to capture the pulpy and melodramatic sensibility of the stories. Characters were posed in dangerous situations behind titles that were printed in a paint-slashed font. (*Fun Fact: I went to high school with a girl who modeled for the covers of The Confession and 99 Fear Street: The Second Horror. It always felt as if I were one degree of separation away from R.L. Stine.) Therefore it would serve fans well to create movie posters that paid tribute to these memorable pieces of cover art. **Another Fun Fact: I happen to know and work with the talented team at the busterINK division of promo powerhouse Stun Creative. (Again, see my bio to the right.) Hint, hint, Chernin Entertainment.

4. AN R RATING WOULD BE NICE -- Unlike Stine's kid-friendlier Goosebumps series, the Fear Street novels were filled with bloody details of teens dying at the hands of vengeful spirits, maniacal madmen, and each other. Murder was always on the menu in every installment, but given the box office potential of this new franchise, it seems most likely that the studio will want a PG-13 rating to reach the broadest audience possible. Sure, PG-13 thrillers could work, but they run the risk of watering down the content, especially if it's adapted from an existing property known for its violent material. That said...

5. DELIVER SOME STRAIGHT-UP SCARY FUN -- There's an opportunity here to make horror exciting again, just like Wes Craven and Kevin Williamson did with Scream 21 years ago. Sure, there could be some irreverent winks to the genre peppered throughout, but overall, it's all about striking the right balance in tone. Most importantly, it should be scary and deliver thrills that can reach old fans and titillate a new generation. And if Leigh Janiak's creepy Honeymoon is any indication, this franchise should be in good hands.