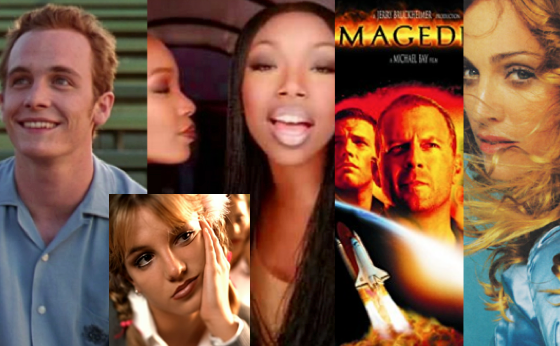 1998 was a good year. How good? The proof is here in these pop culture relics...

1. Can't Hardly Wait - See future Client List and Ghost Whisperer star Jennifer Love Hewitt play the prettiest girl in school while surrounded by a dozen actors before they hit it big on procedural dramas and milquetoast cable TV movies! Seriously, there are so many familiar faces in this movie...and right now, it is hitting me hard in the gut to think that I was graduating from high school at the same time as these characters. Sheesh.


2. Brandy and Monica's "The Boy Is Mine" - An unrivaled R&B-pop duet that should never be remade. But if both singers want to reunite for a sequel, then by all means: Have. At. It.


3. Armageddon - It's the mind-numbing Bruce Willis blockbuster that gave us Aerosmith's then-ubiquitous "Don't Wanna Miss a Thing" and one scene that will never make us look at animal crackers the same way again.


4. Madonna's Ray of Light - Arguably her best album of this decade. It was experimental, it was existential, and it won four Grammys.


5. Felicity - The WB drama about a college freshman chasing her crush across the country and adjusting to life in New York City gave audiences one of television's best love triangles (FYI - I will always be #TeamNoel) and became one of the most endearing coming-of-age sagas at the turn of the 21st century.


6. "...Baby One More Time" by Britney Spears - It was the music video that launched a pop megastar and millions of schoolgirl Halloween costumes.


7. The X-Files: Fight The Future - Mulder and Scully's first big-screen adventure was a big-budget thrill ride that bridged the fifth and sixth seasons of the sci-fi series. And apparently that "truth" is still "out there" considering they're back on Fox solving more cases and still dealing with that damn conspiracy. Sigh. 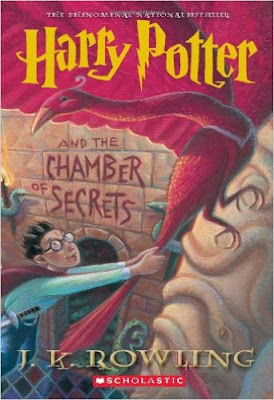 8. Harry Potter and the Chamber of Secrets by J.K. Rowling - Four years before everyone bought tickets to see Harry & Co. on the big screen for the second time, fans devoured this bestseller.

9. Semisonic's "Closing Time" - The anthem for every graduation party across the country.

10. Sex and the City - 20 summers ago, the world was introduced to Carrie Bradshaw, Charlotte York, Miranda Hobbs, and Samantha Jones.

11. Deep Impact - The superior giant-meteor-destroys-the-Earth movie of the two that came out during the summer.

12. The Miseducation of Lauryn Hill - Bow down to one of the best albums of the 90s.

13. Charmed - The pitch for this Aaron Spelling fluff probably went something like this: "What if you gave Charlie's Angels a book of spells?"

15. The series finale of Seinfeld - The price for a 30-second commercial during the final episode was a cool $2 million.

18. Fear Street Seniors: Let's Party by R.L. Stine - This installment marked the beginning of the end of a long-running series of horror novels that left a significant impact on my young adulthood.

20. My high school graduation cap and gown - Gulp. I'm learning how to cope with this harsh truth. (More on this later...)