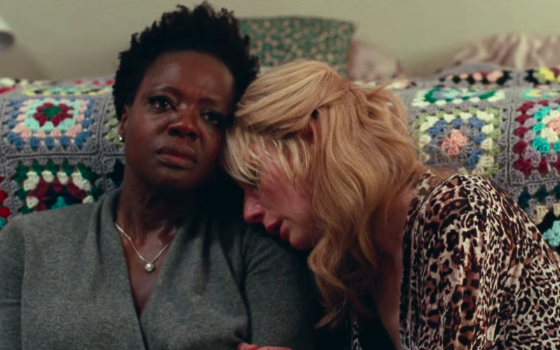 Earlier this year, Ocean’s 8 gave us a female-fronted heist story that was as frothy and fun as a champagne brunch in the middle of May. At least, that’s what it feels like compared to the riveting and razor-sharp Widows, an explosive collaboration between 12 Years A Slave director Steve McQueen and Gone Girl writer Gillian Flynn.

In fact, “female-fronted heist story” are the only words both films have in common, and it may be unfair to utter the two titles under the same breath. While one is the epitome of delightful summer fare (with a killer wardrobe for Cate Blanchett), the other is a prime example of intelligent, impactful drama for grown-ups that not only taps into the zeitgeist, it holds a mirror up to it and dissects the sociopolitical and socioeconomic problems that continue to challenge American society two decades into the 21st century. And it features the best big-screen ensemble in recent memory.

Widows, a remake of an 80s British miniseries of the same name, is more than just another heist film. It’s so richly layered and skillfully assembled with so many puzzle pieces, nothing ever gets lost in the shuffle, and that is a testament to the talented and meticulous McQueen and Flynn...

For more of my review, head over to ScreenPicks.