Celebrating My 17th L.A.nniversary with a Bang 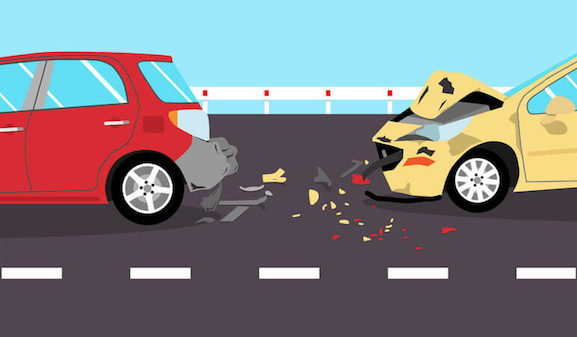 I heard the crunch of metal, not as loud as those bang-ups you see in the Fast and Furious movies. Maybe because it came from behind, out of nowhere. Maybe because my windows were rolled up.

And maybe because Huey Lewis was singing "If This Is It," a result of Spotify shuffling my 80s playlist, possibly to demonstrate the algorithm's twisted sense of humor.

And because it came from behind, I was thrust forward, my right tibia (shinbone) hitting the console of my Honda Civic's dashboard, my upper thigh pressing into the lower half of the steering wheel.

Next, the recoil: I fell back in the drivers seat, the backrest falling with me, reclining until it could recline no more. The headrest broke off its rods and tumbled onto the backseat. My head didn't know where to go. Meanwhile, I could hear the screeching of tires, another impact, metal-on-metal...

If this is it indeed. After all, I was on Santa Monica Boulevard. A road most traveled. Three westbound lanes. Well trafficked, even at one in the morning. Other cars could be piling up on top of each other...

Then, another thought: My car is still moving. Lifting up my head from my awkward driving position, my right foot was able to find the break pedal. I pulled over to the right, bringing the Civic to a stop next to the flower bed-lined median that separated the main road from the frontage lane where two cars were parallel parked in front of an office building.

I glanced in my rearview mirror. No other vehicles were behind me, barreling down my lane. I looked to my right. On the other side of the median, a wrecked BMW came to a stop. In my stunned haze, I saw a woman stumble out of the driver's seat...and walk away.

Where she was going, I didn't know. 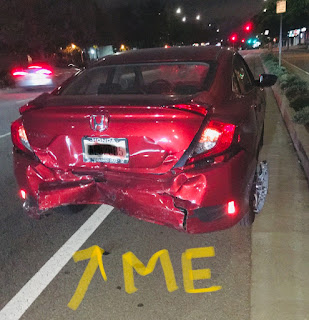 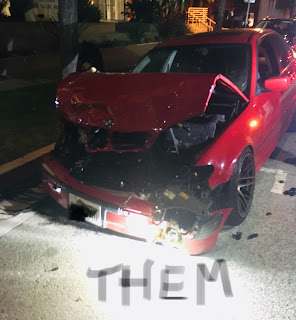 The concept of a hit-and-run accident didn't automatically register in my head. I wasn't immediately concerned about the driver (and passenger) who hit me and proceeded to flee the scene on foot. (Assholes.)

My first thought was to find my phone. While my entire body vibrated from shock, I frantically searched for my phone, not realizing it had projectiled from the dashboard upon impact, in its cradle, to the backseat.

The first three words out of my mouth were "What the fuck?" I figured the moment warranted such a reaction. Quite apropos.

My right calf muscle ached, like it was torn or pulled, as I carefully opened my door and slowly stood up to survey what had just happened. Thankfully, despite the late hour, there was a pedestrian witness.

Apparently, after rear-ending me at a high-speed (approximately 70 mph), the red BMW lost control, jumped over the median, knocked out a parking sign, and sideswiped a parked Subaru. The owner of the Subaru, who happened to be working in the office building, came outside after hearing the crash.

After seventeen years of living in Los Angeles, I just survived my first major car accident.

And the proverbial salt in the wound? I was a mere three blocks away from my apartment, coming home from a late showing of Rocketman. Oh, and I had just purchased this 2019 Civic just five weeks prior.

Needless to say, the days that followed were a pain in my neck...my back...and my leg. 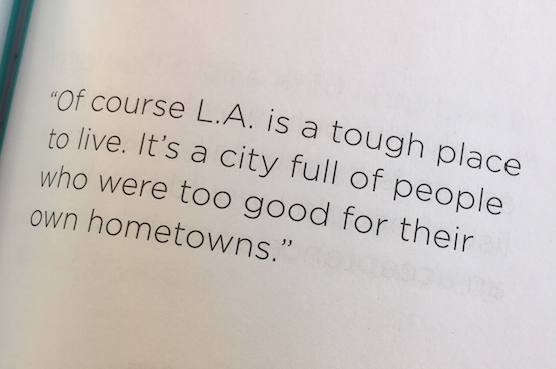 I was prescribed muscle relaxers. I got my spine adjusted by said chiropractor, a handsome gentleman who is probably younger than me (ugh). I had electrodes taped to my back and electrical pulses sent to my "problem areas." I visited a pain management specialist. I experienced slight PTSD as a passenger in other cars, flinching if we got too close to other vehicles. Now carless in a city full of cars, I rode in countless Lyfts, grew familiar with the number 20 Metro bus route, and increased my steps by several thousand. For a brief time, I saw familiar neighborhoods in Los Angeles like a tourist, noticing things I wouldn't have had I not been on foot.

And yes, I realize that all of this could have been worse. A lot worse.

My car -- remember, I had just bought it five weeks earlier -- wasn't totaled because its value was still relatively high. An investigation is still open as I write this, although they have found the culprit, a 20-year-old twit who was smart enough to leave behind her drivers license in that BMW and apparently lie to the police about what really happened. (That's another story for another time.)

For now, I can't express enough gratitude for the support and help I received over the past three weeks. Thanks to Ricky and Pearl for the loaner Hyundai. Thanks to David for sending a care package across the country (even though I didn't need the calories). Thanks to the friendly bus driver with the warm smile who let me on for free after seeing I was struggling with my TAP card. And thanks to the other friends who gave me a ride, sent concerned messages, and reminded me that I have a kickass network of people who got my back in a city I have proudly called home for the past seventeen years. 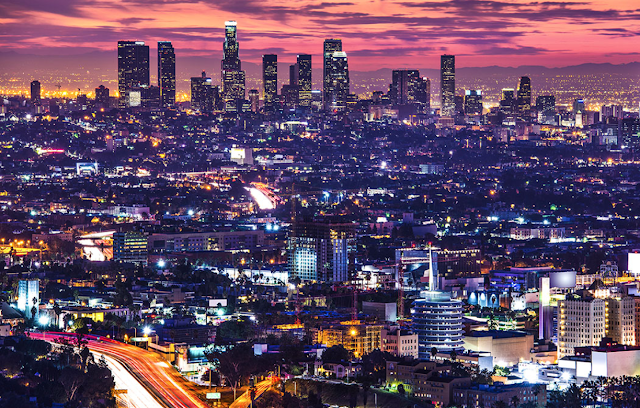 This wasn't the anniversary blog I was hoping to write this year.

I had originally planned to write some bullshit about how competitive Los Angeles is, which is nothing new. Something about how living in such a sprawled-out metropolis that keeps reinventing itself is always an exciting adventure. And sure, that may true, but what's really exciting is knowing that my life will eventually get back to its regularly scheduled programming: finishing the edits on my novel, enjoying the Fourth of July weekend in Palm Springs with my friends, attempting to get back in a cardio routine, catching up on my podcasts, catching up on my summer reading (currently: The Woman in the Window), and continuing to tell my loved ones that I love them.

Then, the warm fuzzy feelings will fade away, and I will find something trivial to obsess over or complain about (or both in one). And all of the above -- along with the additional details of the stressful aftermath I haven't even mentioned here -- will eventually turn into an anecdote I'll share and laugh about in the future. Perhaps over some vodka martinis...or some Metamucil shots at the retirement home.