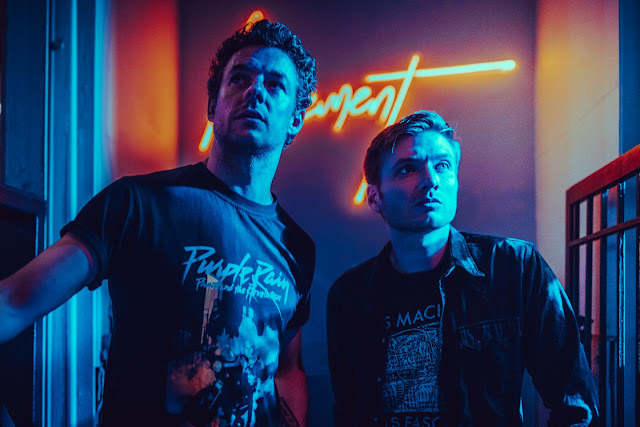 I was admittedly late to the party when I came across The Midnight back in 2018 and first listened to "Los Angeles," their gorgeous anthem for the City of Angels that I tend to play on repeat should I find myself on a late-night drive down Santa Monica Boulevard. (I regrettably missed their stop in L.A. during last year's North America tour as well.) That said, the track is essential listening for anyone who wishes to channel their inner Andrew McCarthy or Jami Gertz circa Less Than Zero.

Now, the synthwave duo (a.k.a. Tim McEwan and Tyler Lyle) have a new album on the neon horizon (Monsters, July 10). And after releasing "Deep Blue" and "Dance With Somebody," two singles with enough saxophone bridges to transport you back to the late 80s, they have dropped "Prom Night," a track packed with plenty of smooth vocals and nostalgic vibes that should have music supervisors of future teen rom-coms on Netflix scrambling to license.


And if you couldn't tell by now, The Midnight is known for triggering all kinds of feels when it comes to their music. They've described themselves as "rock and roll with synthesizers and emotions" with "songwriting seen through the prism of nostalgia." (Source) Needless to say, I highly recommend checking out their entire discography from the past six years.