'Schitt's Creek' Now Shares an Honor with 'The Golden Girls' 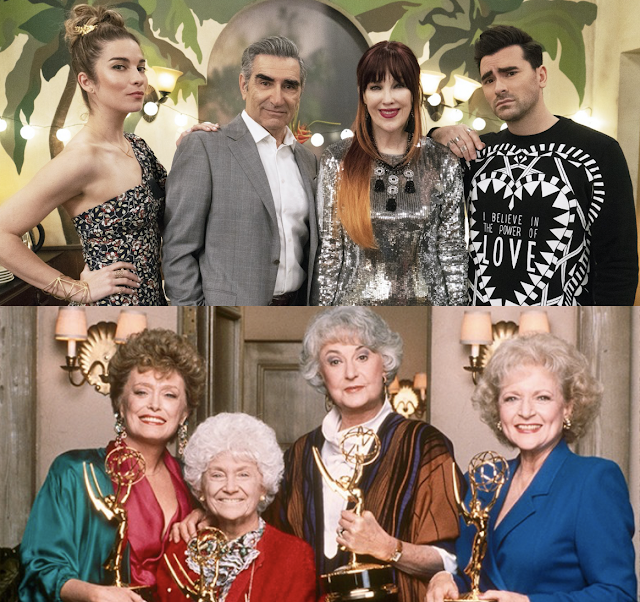 After watching last night's enjoyable "Pandemmys," I realized that Schitt's Creek now shares the same honor as three other Best Comedy winners (two of which are my all-time faves - just saying).
The highly-acclaimed show now joins Will & Grace, The Golden Girls, and All in the Family as the fourth comedy series in TV history in which each one of its four principal cast members has won a primetime Emmy. And Schitt's also makes history by becoming the first-ever comedy series to sweep all four major acting categories in one single year. In a word, wow.
@TheFirstEcho
hot topics TV