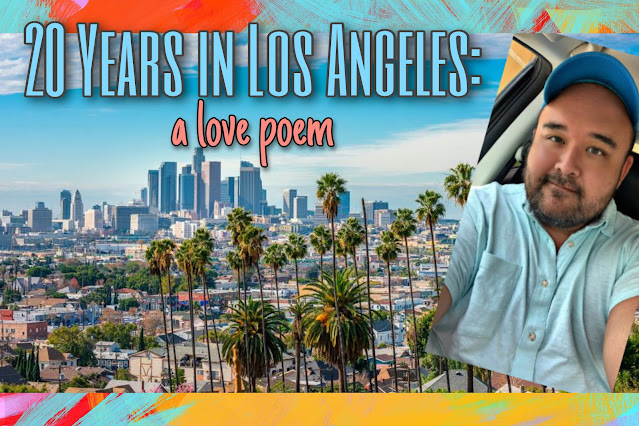 One summer day in 2002,
Yours truly booked a flight, and off I flew
To a land called California, to a city named L.A.
Where I live and work and thrive to this day.
It was the scariest time, a time to take chances.
My college grad ass was getting no glances.
I bought my first car, I paid my first rent,
My pitiful paychecks were too quickly spent.
I made some new friends as I made ends meet,
I kept marching forward while steadying my feet.
I worked in production as a lowly PA,
Then slowly scaled up in positions and pay.
I explored this new city, I went out on my own,
I danced and I drank but little had I known,
I'd have my heart broken too many times to count,
Succumbing to an enemy known as Self-Doubt.
La Cienega and Doheny were names that I learned
While getting familiar with wildfires that continued to burn.
The people I've met, the places I've seen,
Were filled with bright lights, a gloss and a sheen.
To The Abbey and Gym Bar! To Motherlode and Here!
Whatever I drank, it was never a beer.
To Avalon! To Saddle Ranch! To MJ's and Blow!
Thanks for letting me rock on with my Asian glow.

I had desk jobs and temp jobs and jobs that seemed fine,
I lasted four years where I thought I could shine,
But things take a turn, and bubbles will pop,
And here's where I start to obnoxiously name drop...
This being L.A., filled with celebs and with cars,
I was bound to brush shoulders with some memorable stars.
I was on set with Gaga when she did "Telephone,"
And Starbucks with Demi when they were out on their own.
I saw Britney at Tigerheat – up in VIP,
And then on the set of "Hold It Against Me."
I went to a birthday party for one Backstreet Boy,
Where I met Kathy Griffin and Lance Bass's boy toy.
I started a blog called Hotter in Hollywood,
Which lasted much longer than I really thought it would.
I interviewed stars of both film and TV,
Famous names that sat down and chatted with me.
Rachel McAdams was lovely, Emily Blunt was fine,
Justin Timberlake acted as if I were wasting his time.
Bette Midler was divine, Henry Cavill was ridiculously attractive oh my god his jaw could cut glass and everyone in the room wanted him and...oh, where was I?
I once was an extra in a Tori Spelling movie,
Then produced some shorts – budgeting was a doozy.
I made some appearances on notable shows,
First Drag Race, then Style Network, then competing on game shows.
I soon turned to travel writing and explored the world,
I once caught a stomach bug in Peru and hurled.
Paris, London, and Berlin certainly wooed me,
But not before Tokyo and Singapore's best sushi.
An old friend once told me that I've become "so L.A.,"
A comment with which I've become totally okay.
Maybe it's because I've embraced the West Coast,
Or because I leased a Prius and love avocado toast?
Whatever it is, I am embracing it all,
Knowing, twenty years ago, I had made the right call.
My friends are my family, I'm in the right place,
I now have an Emmy sitting on my bookcase.
I've walked some red carpets, I've hiked all the hills,
I've lived every cliche – minus an addiction to pills.
This city keeps changing, and I along with it,
Having learned to cut through all the pretense and bullshit.
I look back on everything with some awe and some pride,
I'm much more emotional – while writing this I've cried.
After experiencing great loss, I still know I have plenty,
I look forward to seeing where I'll be in the next twenty. 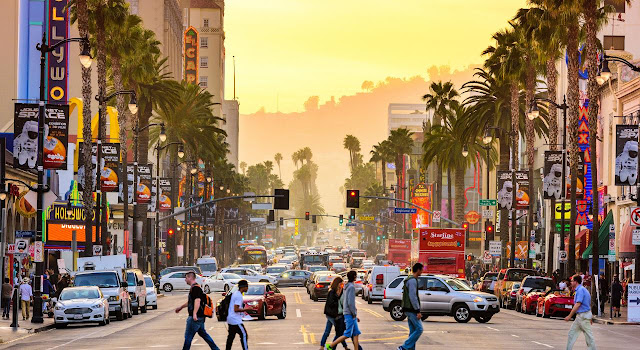