Random Thought of the Week #15 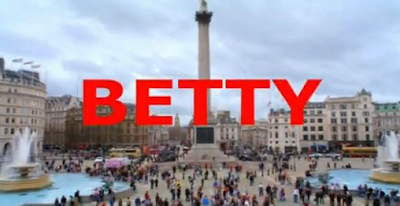 Although I've only seen maybe 3 full episodes in the 4 years its been on the air, I happened to catch the final 15 minutes of the series finale of Ugly Betty last night and felt as if I had been a regular viewer. I tend to do this with the final episode of any television show. Even though I have no idea what the hell is going on, I am somewhat familiar with the premise and curious to see how producers will wrap up years of storytelling, what final image they'll leave with fans.

3 things about last night's final moment: That on-location shot in London's Trafalgar Square was certainly impressive. That Macy Gray track was a great song choice (props to the music supervision team). And that end-title change was both poignant and fitting:

Unknown said…
YOU TOTALLY SHOULD NETFLIX IT HIKO! Seasons 3 & 4 were definitely my favorites. I'm a "Willie" fan for life -- I know ppl who have been faithful watchers since day 1...and although I came and went
3:20 PM

Unknown said…
YOU TOTALLY SHOULD NETFLIX IT HIKO! Seasons 3 & 4 were definitely my favorites. I'm a "Willie" fan for life -- I know ppl who have been faithful watchers since day 1...and although I came and went, I'm gonna miss Ugly Betty!!!
3:21 PM