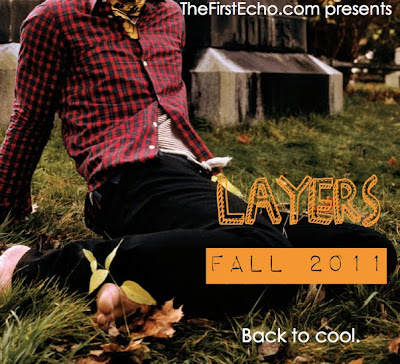 You conquered those Back-to-School sales, survived that Labor Day barbeque, dug out your favorite cardigan, and now it's time to brainstorm Halloween costumes. In other words, where the f**k did summer go?

While you chew on that, I have found 25 tracks to keep you warm and toasty when the autumn chill sets in and you save up for a couple of grande caramel apple ciders at Starbucks. Listen carefully...

1. "You & I" by Lady Gaga
2. "Shield and Sword" by Clare Maguire - The video for this stunner of a single makes the British songstress out to be the love child of Adele and Gaga. And while there's some truth to that, the rest of her album, Light After Dark, is begging to be heard:

3. "Night of Your Life" by David Guetta feat. Jennifer Hudson
4. "Disaster" by JoJo - Because it wouldn't be fall without a pop piece from this sassy little tartlet. Previously seen as one my Theme Songs for the month of September.
5. "Radioactive" by Marina and the Diamonds:

6. "Titanium" by David Guetta feat. Sia - Easily the best track off of Frenchie's dance disc, this power jam was also another September Theme Song. Catch it here.
7. "Love Slayer" by Joe Jonas
8. "Out Of My Head" by Lupe Fiasco feat. Trey Songz
9. "Someone Like You" by Adele
10. "#1 Nite" by Cobra Starship
11. "Domino" by Jessie J:

Alexander said…
Interesting list you made here! Thanks for all the information!
7:10 AM