Theme Songs of the Month: September 2011 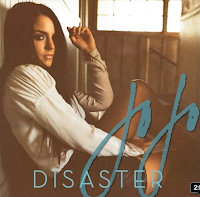 It's been seven years since this pop tartlet came on the scene with the precocious "Leave (Get Out)".

Now, at the wise and ancient age of 20, JoJo is sticking to the same catchy formulas, albeit with a more mature tone, and delivering the quite-fantastic "Disaster," which isn't one (thank God).

A definite addition to my upcoming soundtrack to September:


And tying for this month's honorary title is Sia's noteworthy vocals on David Guetta's empowering "Titanium" (sure, the Mary J. Blige version is cool too, but let's stick with this original):