Belinda Carlisle Taught Me How To Ice Skate 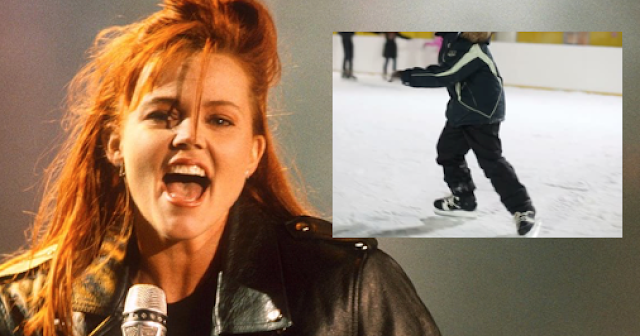 Saturday afternoons during the winters of 1989 through 1992 were usually reserved for visits to the Hommocks Park Ice Rink in Mamaroneck where my plump 10-year-old ass quickly grew familiar with the cold, hard surface of the frozen ground.

I assumed the main purpose for these excursions was to tear me away from the TV and work some cardio into my weekend schedule. Naturally, I didn't take to the ice well at first. Plus, the brown faux-leather rental skates pinched my extra wide feet.

"You've got pork chop feet, just like me and your father," my mother used to tell me. Great. Why couldn't I have inherited something more useful like, I don't know, maybe a million-dollar trust fund?

Anyway, these contraptions were more like laced-up torture devices designed for little boys who wished to spend their Saturdays sitting on the couch with a few reruns of The A-Team and Knight Rider and settling into the evening with new episodes of The Golden Girls and 227. I never felt such throbbing pain.

"You gotta be shitting me," I muttered as I stood up from the bench, watching other children run around with their friends and beg their parents for some greasy fries (the frozen-in-a-bag kind) and hot chocolate (basically Swiss Miss packets) from the snack bar where some sullen teenager tried to keep up with the demands of the hungry families of Westchester County. 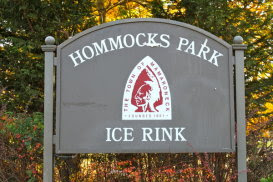 I did just that. I kept my head up and watched everyone whoosh past me on the rink. Moms with their daughters. Hockey jocks in jerseys. Hand-holding couples (yuck). Teens in sweatshirts covered with the faces of New Kids on the Block. And that one asshole -- there's one on every rink -- who just has to speed through and show off his slick moves. My chubby little body never tensed up as much as it did when I attempted to glide across the ice and enter the stream of people. Sometimes my father rented a pair of skates and joined me, but he wasn't perfect on the ice either. And sometimes he just watched me from the bleachers, probably itching to get out of there so he could drag me to the Japanese grocery store in White Plains and stock up on dried seaweed and fermented soybeans (nattō) that always stunk up the kitchen and drove my mother mad.

But his simple, straightforward advice helped. After a few laps, one hot chocolate, and several minutes of watching the Zamboni do its thing on the ice, I got the hang of it.

What also helped me find my confidence on the ice was the mix of pop music the DJ would pump through the speakers inside the rink. One song on heavy rotation at the time was Belinda Carlisle's "Heaven Is A Place On Earth." The playful vocals of the former Go-Gos frontwoman had a hold on me. I couldn't get it out of my head. The empowering chorus got me pumped. I skated faster and faster around the rink, my eyes focused on what was ahead of me, my ears absorbing the synths and lyrics. My feet stopped throbbing. I soared across the ice, determined, inspired, invincible.

This wasn't the first time my head was filled with a fantasy musical number. Since the age of 6 (as far back as I can remember), whenever I heard a particular tune, I've always had a tendency to daydream about music videos in which I, or friends of mine, would take center stage. You know, like when Renee Zellwegger's Roxie Hart imagined herself singing "All That Jazz" in the opening scene of Chicago...or when Christina Aguilera's Ali pictured herself covered in diamonds in the first act of Burlesque. I envisioned my elementary school classmates performing in elaborate sequences to songs that included George Michael's "Careless Whisper," Tiffany's "I Think We're Alone Now," and of course, Madonna's "Like a Prayer."

Needless to say, whenever I hear Belinda Carlisle's fantastic contribution to 80s pop, I can't help but think of Hommocks Park, lacing up those skates, and soaring around that rink as if I were some overweight, half-Asian pop star ready to dominate on MTV.

It's no secret that songs have a way of taking us back to particular moments in time - weddings, first dates, high school dances, the first time you rode in your mom's new car...and I have plenty mentally filed away that come out every so often when I hear a certain melody, beat, or lyric. For instance... 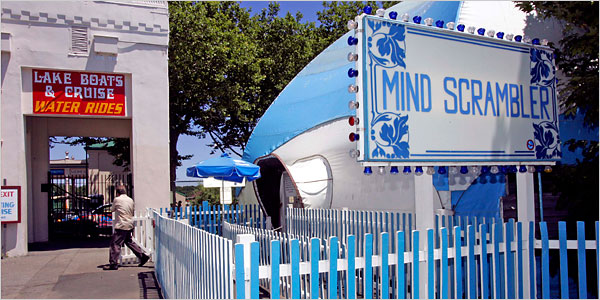 "Smells Like Teen Spirit" by Nirvana - Riding the Mind Scrambler at Playland Park. The operator of this indoor attraction also acted as a DJ, which I thought was such a cool gig at the time. He must have had a thing for Kurt Cobain, because every time my friends and I got on, it felt as if we were in a psychedelic mosh pit. We would spin around while everyone screamed out the chorus and thrashed their heads. If you had asked me back then, I would've preferred something by La Bouche or The Real McCoy. 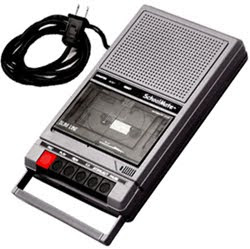 Amy Grant's "Every Heartbeat" takes me back to the summer of 1993 during which I spent two weeks at Campus Kids, an overnight summer camp based on a small college campus somewhere in Pennsylvania (hence the name). Armed with an ancient tape cassette player and a snazzier-looking Aiwa portable player, I replayed the song over and over - on the bus ride there, in my room (which I adorned with a Jurassic Park poster) and anywhere else I could. My roommates included a socially awkward 13-year-old who violently tossed and turned in his sleep and a chubby Hispanic kid who made the mistake of swallowing a cup full of mouthwash and burning his esophagus one morning.

"My Heart Will Go On" by Celine Dion - Picture it: Four 17-year-old boys. In my father's Toyota Camry. Lip syncing for their lives. Introducing...the young men of Iona Preparatory.

"All That She Wants" by Ace of Base - Eighth grade. Jeanette Tanner's birthday party. I first heard this song with the rest of my classmates at Westchester, the nightclub her family had rented out for the occasion. My obsession grew shortly thereafter. "Don't Turn Around" became a prominent track on the first mixtape I ever made later that summer. 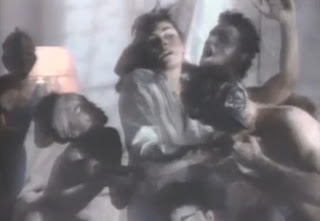 "Self Control" by Laura Branigan - My mother's friend once owned a house with a pool next door to a cemetery. One night -- it must have been the summer of 1984, a bat had flown into the enclosed backyard, sending everyone running for cover. As a little boy, I kept picturing fangs ripping into my neck and claws scratching my eyes out. I vaguely remember scraping my knee on the concrete deck while trying to scramble out of the pool. Laura Branigan must have been playing on a nearby radio at the time, because whenever I hear this song, I'm transported back to that creepy night. Luckily, back then, I never saw the equally creepy music video, directed by The Exorcist's William Friedkin; my pre-school ass would've had nightmares for days (don't even get me started on Michael Jackson's "Thriller").