Pop Culture Rant of the Week: Clapbacks, Stans, and Cancel Culture Are Ruining Us 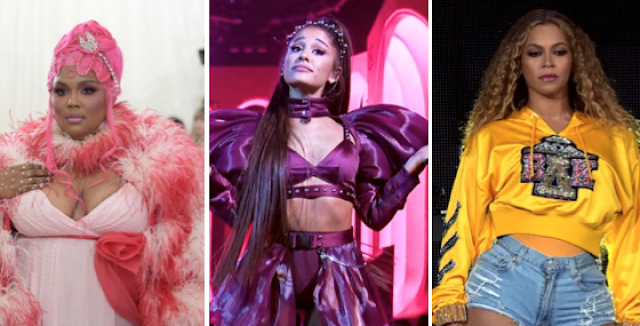 At the end of 2018, Wynter Mitchell, a digital strategist and panelist on one of my favorite podcasts, Pop Rocket, expressed her frustration with stan culture: 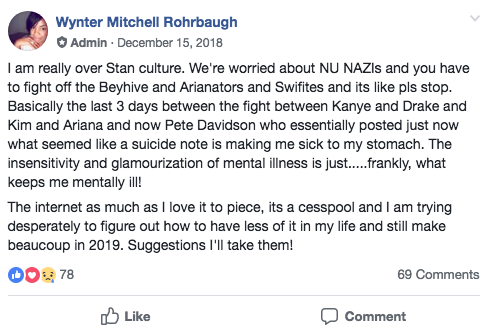 Simply put, that cesspool Mitchell calls the internet has infected us. It's no secret that social media has changed the way we live our lives. We know -- or we think we know -- everything about classmates we haven't seen since the 90s. Reactions are more instant. Movements are galvanized faster. As a result, the way we treat and regard each other, especially across these platforms, hasn't necessarily changed for the better. And at the risk of sounding like a "get off my lawn"-screaming retiree, this is especially applicable to a certain generation that came of age during the era of snaps, likes, follows, and subscribes.

Many things have been written about the dangers of stan culture, especially when it comes to the role of critics in pop culture. (I won't reiterate it here; you can read the great articles I just hyperlinked.)

Back in 2017, before the term even entered my vocabulary, I started to recognize just how much traction stan culture was gaining. That was the year MTV's VMA ceremonies were particularly feisty. There was enough shade thrown around to fill several episodes of The Real Housewives of Atlanta. 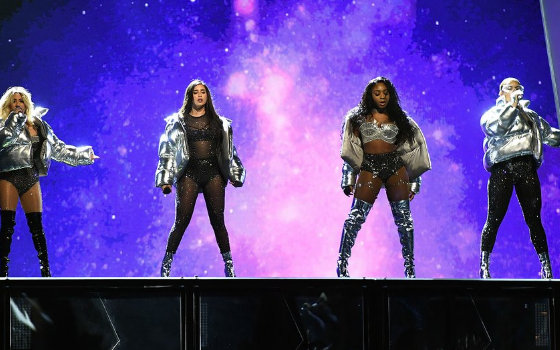 This was the year Fifth Harmony flung a body double of former member Camila Cabello off a platform -- clearly symbolic of the girl group's feelings about the singer's abrupt departure. Then, there was the debut of Taylor Swift's video for "Look What You Made Me Do," the lead single from her highly-anticipated Reputation. It was chock-full of reactionary references and imagery designed as a message to her haters and so-called enemies. (Apparently Taylor can't "shake it off," and if you ask me, the song should've been retitled "The Petty Anthem.") Meanwhile, unfunny host Katy Perry took a shot at Justin Bieber for forgetting the lyrics to "Despacito," Adam Levine tweeted about how "utterly horrible" the show was, and Girls Trip star and presenter Tiffany Haddish took to the mic to express to her "stupid-as-hell exes" just how much she is "out here killing the game."

The behavior inside the The Forum that night perfectly demonstrated where we were -- and still are -- in popular culture. The venue became its own cesspool, filled with celebrities on the offensive. And all of the clapbacking on display were arguably symptoms of a stan culture that has affected not only the constantly consuming public but the celebs who find themselves on the receiving end of such intense worship.

These are the pop artists who are rapidly built up by their rabid fans and regularly find themselves in the middle of Twitter feuds exacerbated by their overly expressive base. Just ask Cardi B, Nicki Minaj, Justin Bieber, Ariana Grande, Selena Gomez, or Shawn Mendes... Well, you can't literally ask them. But you can take a gander at their feeds on any given day of the week to see what shit stirrers are flinging insults (usually misspelled, with poor grammar) at fans of other artists, daring each other to "@ me." It's an endless cycle in which everyone feeds off each other's shittiness.

If I hear one more singer reductively say how she has "the best fans in the world," I'm going to throw my brand new MacBook Air off my bedroom terrace.

And God forbid one of those celebs or anyone in the public eye makes a faux pas, because only then will a few loud people convince thousands if not millions of others to "cancel" that someone. Even after an obligatory apology tour. Yes, we're all in agreement when we say we're canceling someone as heinous as R. Kelly, but canceling, say, a YouTuber because he ignorantly wore a T-shirt brand that was made by an indigent seven-year-old in Thailand is taking it too far. Are you really going to unsubscribe from his channel and unfollow him on Twitter and Instagram? What if he really didn't know what it meant? What if he received the shirt as a gift from his great-grandma who is now in hospice and can only eat solids through a straw?

No one cares about the nuances of someone's circumstances because no one wants to take the time to learn about them. You're either awesomely untouchable, the greatest of all time...or you're a dumb, flaming trash heap who deserves the thousands of death threats you receive. And there's plenty of people who will agree with you because we're all shouting into one big digital echo chamber on a daily basis. Folks, therein lies the endangerment of empathy.

God, where the hell am I going with this?...

As someone who is a passionate fan of many things, it is somewhat difficult to indict others of taking their fandom way too far. I too have been guilty of reactionary posts (you're reading one), contributing to the vitriol, and negatively commenting on something I disagree with (see the aforementioned jab at Taylor Swift). In fact, some bloggers, journalists, and those in between have made a living doing just that. They have even come up with a term to describe such opinionated writings: the thinkpiece. It sounds nice, doesn't it? It's a great portmanteau that can be used to disguise someone's disdain or disgust as a reasonably intelligent and articulate argument.

And if you don't like anything I'm saying...well, you can just @ me.