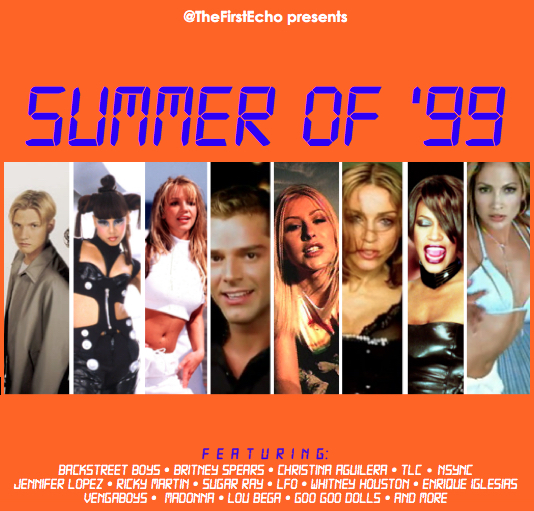 It's scary to realize how clearly I can remember the summer of 1999.

I returned to New York from my freshman year at Boston University, took a job working for my uncle's collecting agency, and soon quit thereafter when I realized I was better suited to work behind the stacks of the New Rochelle Public Library (go figure). That summer also saw my first trip to Vegas (I have a souvenir photo of the Hilton's Star Trek Experience as proof) and marked the first time I traveled to L.A. to visit my cousin -- three years before I ever entertained the idea of being a full-time resident of the City of Angels.

But most importantly, the summer of 1999 represented something else: the height of the Teen Pop Boom, the heyday of boy bands and pop princesses who made frequent appearances on MTV's TRL countdown.

In other words, it was a glorious time to be alive.