As we brace ourselves for another smorgasbord of holiday calories, let’s look back at what I thoroughly appreciated this year (2013, where did you fly off to?). Here are the people, places, and things I couldn’t – and still can’t – get enough of. And I am utterly grateful for them.

1. Henry Cavill – We could thank Zack Snyder and Christopher Nolan for making this slice of British hotness slip into that Superman suit in Man of Steel, but we’re ultimately grateful for Cavill’s gravitas, smoldering performance…and the pause button on our Blu-ray players. 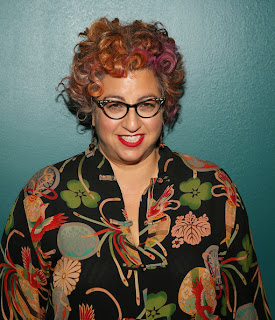 2. Jenji Kohan – The woman behind the brilliant ‘Weeds’ is also responsible for giving us one of the best TV shows of the year: Orange Is The New Black. It’s undeniably a game-changer, loaded with multiple storylines and a stellar ensemble overseen by one great showrunner (and I had no idea what the woman looked like until I Google imaged her -- she looks like fun).

3. Trader Joe’s Cookie Butter – There’s a new vice on the shelves at one of our favorite grocery stores (I prefer the crunchy kind), and it will please your taste buds on those Friday nights when you’re stuck at home on the couch with Netflix and a bottle of Chardonnay. Try it on a few apple slices and thank me later.

4. Having friends in entertainment industry-related unions – Because there is no way my wallet can sustain the dozens of movies I want to see this holiday/award season. Thank you, friends of guilds, for getting me into screenings or secretly sharing your DVDs of movies that haven't been released yet.

5. Buzzfeed.com – The website is a constant presence on Facebook, helping all of us perfect the art of procrastination by delivering linkable lists and articles like “18 Forgotten 90s One-Hit Wonders” and “21 Reasons Why ‘Hocus Pocus’ Is The Best and Most Important Part of Halloween.” Nostalgia has never felt so good. Or trite. 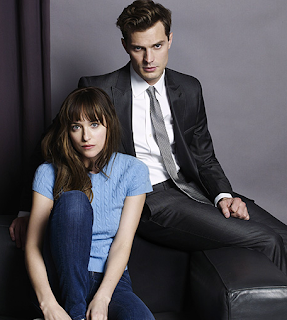 6. The casting process behind Fifty Shades of Grey – Who knew this much in-and-out drama surrounding the selection of actors for the adaptation of a book I have no intention of reading could be so much fun?

7. Miley Cyrus memes – After delivering the Twerk Heard Around The World, the former Hannah Montana was immortalized in hysterical memes created by some of the most creative interwebbers out there in cyberspace. Thank God for Photoshop.

8. Shazam – I overworked this Godsend of an iPhone app this year while trying to pinpoint the names of songs on the radio that perked up my ears. Thanks to this trusty tool, I now know who sings “The Wire” (new alt-girl group HAIM).

9. Alfonso Cuaron – I knew the director was the real deal after Y Tu Mama Tambien and Harry Potter and the Prisoner of Azkaban – and he really sucked me in with 2006’s mesmerizing Children of Men – but now more audiences are being wooed by his wonderful and innovative filmmaking prowess in Gravity. It’s about damn time.

10. Cronuts – These pastry hybrids are popping up in bakeries across the nation, and I am savoring every flaky crust and every flavored cream filling. Diet, schmiet.

11. Ibuprofen -- I'm currently in need of a root canal (appointment yet to be scheduled), and these little orange-colored capsules have quickly become my friends.

12. Black truffle salt -- Good lord, this stuff is good. Turns any omelette, bag of popcorn, pizza, or piece of meat into a gourmet foodgasm.

13. My embarrassment of travel riches -- Never in my life have I used my passport so much within a year, and I am truly grateful for the opportunities that came my way in 2013, allowing me to jet off to places like Puerto Vallarta, Peru, the Dominican Republic...and San Francisco. Many thanks go out to all of the travel publicists who have hooked me up with some fantastic experiences I will never forget.