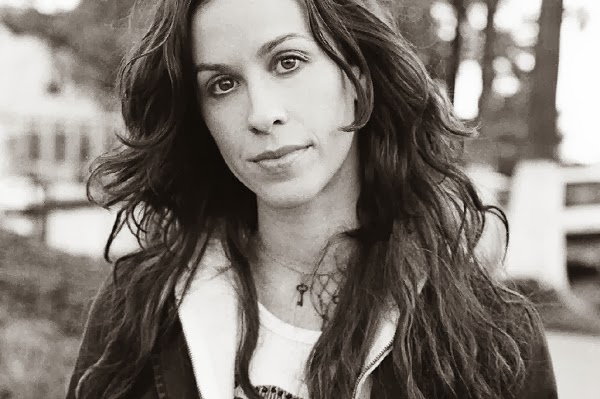 Hearing about Alanis Morissette's seminal Jagged Little Pill being turned into a Broadway musical was like receiving news that my best friend had built a time machine for us to travel back to 1995 and relive all of our best moments.

How did I not know about this sooner? Why did I have to learn about it through NPR's Pop Culture Happy Hour podcast one week after the initial press release? And why do I have no shame in admitting that I subscribe to an NPR podcast?

The Nostalgia Machine revved up once again as I started to search the web for articles on this exciting development. I immediately started flashing back to that fateful day at Iona Preparatory when I borrowed this CD from a friend in Religion class in between "scripture lessons" (the class was more like a free period overseen by a priest who had no problem telling jocks to "quit the bullshit" if they acted up -- ah, Catholic school).

Up until then, my knowledge of this then-angry 21-year-old Canadian chick consisted of the following: she played a mean harmonica, once dated Uncle Joey from Full House, and appeared in a childhood favorite of mine, You Can't Do That On Television. Little did I know what I'd be in for...

Jagged Little Pill is one of those rare albums from the last 20 years that shines as a whole. Every track works individually and forms a cohesive set of tunes that defined an era I was proud to live through. From the personal hopes and desires listed in "All I Really Want" to the devastatingly chilling a capella, hidden track "Your House," JLP is an electrifying opus that works on many levels.

It's safe to say this musical adaptation won't feature any Fosse-like theatrics. This sounds more like a straight-up rock opera along the lines of American Idiot or (maybe) Rent.

And I want a ticket to previews now.