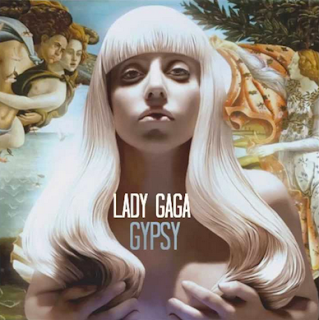 This past weekend was certainly a "pop emergency" for Mother Monster as her fourth studio album, the highly anticipated ARTPOP, leaked all over the interwebs (like that can of green paint that spilled all over the hatchback of my Prius three years ago). The culprit? According to Gaga's angry tweets, it was those sneaky pirates in...Japan.

While the album is the supersonic pop experience we all expected, there's one track that shines bright and stands out: "Gypsy." Starting out as what sounds like a piano ballad with some beautifully evocative lyrics, the song soars into an anthemic chorus custom-made for dance floors around the globe: "I don't wanna be alone forever, but I can be tonight..."

The title refers to the lifestyle the pop icon has adopted, hopping from country to country, longing to have someone accompany her on her lonely journey. It even includes a background chant that lists all of the places she's visited (places like Malaysia, Sweden, and Norway get shout-outs). It's inspiring, it's empowering...

It's basically this era's "The Edge of Glory."

And if it isn't the next single, then Gaga has a lot of explaining to do.

Anonymous said…
I must thank yyou for the efforts you have put in penning this website.
I'm hoping to see the same high-grade blog posts from you later on as well.
In fact, your creative writing abilities has inspired me to get my very
own site now ;)

Here is my webpage ... read this wartrol reviews short article [http://wartroltreatmentreviews.com/]
10:11 AM

Jenn said…
Isn't "The Edge of Glory" from this era? How can a song from 2 years ago be from a new era?

You know I love your posts, but didn't you just post the other day about how you need to stop comparing younger actresses to not-as-young-actresses? ;)
4:46 AM

Hiko Mitsuzuka said…
Yes, Jenn, but "era" usually refers to the time between the release of a pop star's album and the release of her next one. Has nothing to do with age. As in, "Edge of Glory" is from the Born This Way era. Sorry for any confusion.
9:24 AM