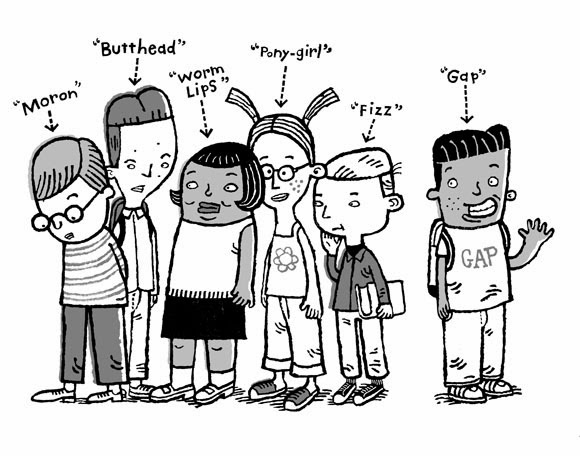 The thing about having a unique name like mine is that people just LOVE coming up with their own variation on it. Thankfully this didn't lead to any kind of severe bullying while growing up. Perhaps it was because I grew up in one melting pot of a New York suburb where, next to the Johns, Jameses, and Tommys, there was also Veerasak, Sindhu, and Augusto. Now that I'm older, I'm grateful for the one-of-a-kind moniker my parents gave me at birth (for the record, it's Hikoichi, which is a variation on the name of my Japanese grandfather and translates as "the first echo"). I've even developed a sense of pride whenever people tell me how cool my name is after introducing myself.

What's even cooler is the inventive twists friends have put on my name. Like...

1. Heeks - Commonly used today -- at work, at social events, over the phone with loved ones, and everywhere in between.

2. Hikrotchi - This pet name originated in middle school, simply because of the inclusion of "crotch." Classy, right? Ah, the minds of 12-year-olds...

3. Hikster (sometimes preceded by "The") - Which makes me sound like a character from Dazed and Confused or a Kevin Smith movie.

4. Higgins - British name #1 (created by an acquaintance in junior high).

5. Hikscliff - British name #2. Not to be confused with this cartoon cat.

6. Hiko Piko - Shortly after moving to Los Angeles, I was baptized with this nickname by the one and only "Jossy Wossy" (you know who you are).

7. Heeky - Which makes me sound like a cartoon teddy bear, no?

8. Hikel - My Jewish name. To be followed by my last name: Mitsuzukashitz.

10. Heek the Chic (or Sheik) - Even parents of friends have joined in on the fun.

11. Hiko Suave - Another one coined in junior high. For obvious reasons (it was the early 90s).

12. Hiko Itchy - "Is Hiko itchy?" is a common question I'm asked when I disclose my full first name.

14. Hitachi - At this point, I might as well start my own electronics company.

15. Heeksy - A favorite among females.

16. Mitsubishi - Naturally, since my surname closely resembles the automobile giant.

18. Mr. Hiko - An ironically formal take on my name used by a fellow freelancer during my time in the commercial production world.

19. Pistachio - Picture it: March 2001. During an "adventure weekend" in Wales (during my semester abroad) I was staying at a little B&B where one of the owners, a gentleman who resembled Tom Jones, had a hard time pronouncing my name, and...voila.