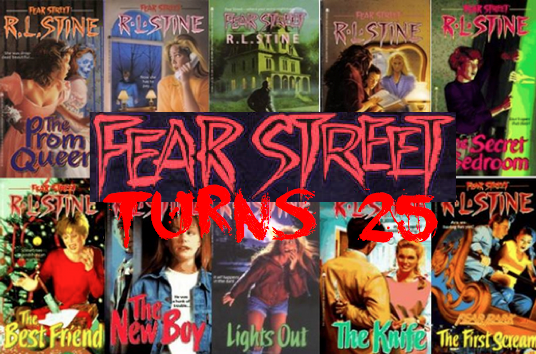 It all started with a seemingly safe boy-meets-girl story...which ended with identity theft and murder.

In June 1989, The New Girl kicked off one of the biggest YA series in publishing history, Fear Street, transporting young readers to the fictitious hamlet of Shadyside, where the mortality rate rivaled that of similarly sinister towns like Sunnydale or Sleepy Hollow.

Created and written by the incomparable R.L. Stine, Fear Street is the record-breaking teen horror series that dominated bookshelves all across America in the early-to-mid 90s. Much like Springfield in The Simpsons, Shadyside existed in Anywhere America. Most of the action centered around a long and winding dead-end street named after a powerful dynasty known for its duplicitous dealings and black magic practices in the 1800s, resulting in a curse that fell upon on the entire neighborhood.

Before Twilight, there were vamps sucking it up in Goodnight Kiss and Goodnight Kiss 2. Before American Horror Story: Coven, there were witches brewing up trouble in The Burning. And way before those Gossip girls could perfect the art of deception and greed, there was The Rich Girl figuratively and literally backstabbing her way through the senior class of Shadyside High. 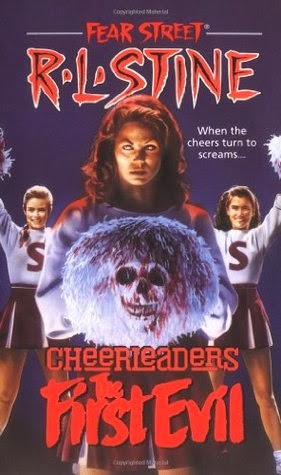 In its early years, Fear Street was the antithesis of the then-popular Sweet Valley High. Instead of fighting over who would take the Wakefield twins to the prom, R.L. had twins fighting over who would first murder their cheating boyfriend (Double Date). Instead of the new girl in town trying to make it on the cheerleading squad to impress her peers, Stine followed the desperate attempts of a girl trying to exorcise the demonic spirit from her pom-pom-shaking BFF (1992's Cheerleaders trilogy). And rather than spend an innocent weekend at a beach house, away from the 'rents, a group of Shadyside teens shack up in an old oceanside hotel and try to escape a knife-wielding maniac in Party Summer (see also: Sunburn, One Evil Summer and non-Fear Street titles like Beach Party, Beach House).

Catering to a generation that grew up on the countless Friday the 13ths and Nightmare of Elm Streets that ran on broadcast and cable television at the time, FS was like the Harlequin novel equivalent of those horror flicks, tailored for young readers looking for bloody thrills in the pages of a breezy paperback. One could say that R.L. (that's Robert Lawrence, if you're wondering) was also inspired by those very franchises: Lights Out took place at a summer camp terrorized by a killer, and Bad Dreams toted the tagline "Don't go to sleep!" on its illustrated cover. 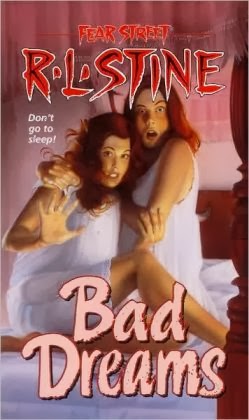 Needless to say, I was a fanatic (okay, I still am -- I frequently give him shout-outs on Twitter).

I had the calendars hanging on my bedroom wall -- up until my freshman year of college. I read every interview with the author (People once did a piece about his life in Manhattan with his wife Jane and his son, Matt, who modeled for the cover of The Perfect Date). I bought his autobiography, It Came from Ohio! and wrote a book report on it in the seventh grade. I studied the complete lineage of the Fear family and the detailed history of the street itself (thanks to The Fear Street Saga). And in 1995 I made sure to run to my local Waldenbooks and order R.L. Stine's debut "adult" novel, Superstitious, well in advance.

It became a habit of mine. I had to have the newest book the second it hit the shelves. At the start of every month I'd call every bookseller in Westchester County to inquire about any new shipments. I was a regular at the Friar Tuck Bookshop in the New Rochelle Mall where Lois, the saleswoman at the register, would give me a polite nod and smile as if to silently say, There's that chubby 11-year-old who has no friends because his nose is always stuck in a book. 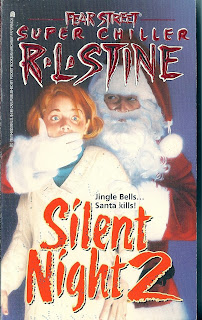 What Fear Street ultimately taught me was that anyone can be a psycho if you just put your heart in it -- or have your heart possessed by a vengeful ghost who seeks to ruin the lives of those around you. And you can't rely on adults to help you when the boy you're dating turns out to be telepathic serial killer. Besides the run-of-the-mill Psycho Girlfriend/Boyfriend, Shadyside was populated with plenty of homicidal residents: Psycho Nanny, Psycho Stepsister, Psycho Best Friend, Psycho Teacher, Psycho Rock Singer, Psycho Lifeguard, Psycho Long-Lost Brother, Psycho Next-Door Neighbor -- hell, even a Psycho Santa (Silent Night 1-3).

Naturally, like all great series, one could argue that the stories started to run on fumes (I mean, really, how many adjectives can you put in front of Date and Party?), and R.L. stopped pumping out original material after 1999's 10-part Fear Street Seniors miniseries. It had been a phenomenal run, ten years of terrifying tales of teen angst in suburbia. Shortly thereafter, Stine's name faded from the shelves and J.K. Rowling and her wizard boy wonder took over...

The YA section of every Barnes and Noble in the country would never be the same again. An attempt to revisit the series was made in the summer of 2005 when R.L. published a new trilogy called Fear Street Nights. It was supposed to be a sexier, more risque tale, focusing on a group of teens who sneak out at night to hang and drink at a local bar (Ooh, someone contact Child Services) -- only to get tangled in some deadly shenanigans. Of course I bought it.

And now, as it was recently announced, Stine plans to return to Shadyside later this year with several new entries in the franchise that propelled him to literary superstardom. Party Games is the first title in the new batch, and the author has already promised to intensify the scare tactics for a new generation that has grown accustomed to dystopian dread, sexed-up bloodsuckers, and zombie gore.

Just in time to celebrate this gloriously bloody milestone.

Fear Street will always have a special place in my heart. Like any comic-book collector, I plan to keep every paperback edition in mint condition and proudly shelved as a reminder of bookworm days long gone. Consider it my small part of a legacy-in-progress. And currently on display in my bathroom is collage of book covers I recently stumbled upon -- along with a framed letter I received from R.L. in the summer of '92, a response to the first (and only) fan letter I had ever written -- a little shrine dedicated to one of the influences that guided me down the path to a writing career.

Go on Amazon. Visit your local library. Take a walk down the Street.