Obsession of the Week: Neon Trees's "Sleeping With a Friend" 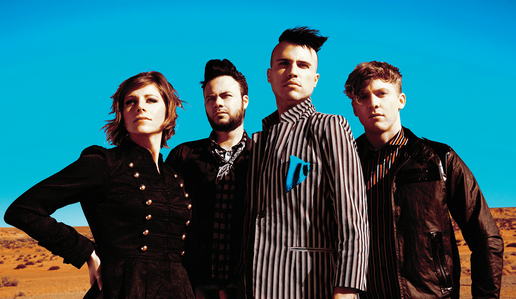 Shortly after returning to L.A. from a three-day weekend in Vegas (I won $30 at blackjack and killed my hamstrings during a kickball tournament), I took a break from listening to the Nerdist podcast, turned on the radio, and was immediately wooed by the latest single from alt-pop rockers Neon Trees: "Sleeping With a Friend."

It's a refreshing little ditty perfect for my nighttime drive down Sunset Boulevard. With drumbeats straight out of 1993, it's as if it came from the soundtrack of some long-forgotten rom-com...or the opening credits to a short-lived GenX drama on Fox.