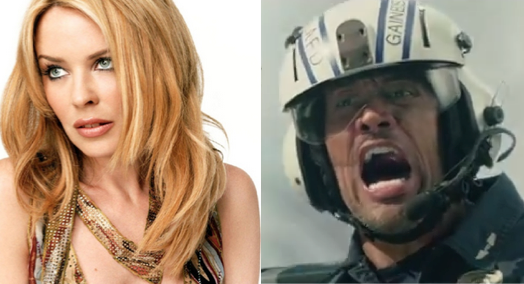 You know I love me some disaster flicks.

That's why I am counting down the days to the premiere of the earthquake shitshow that is San Andreas, a star-studded affair in which the West Coast gets battered harder than anyone married to an NFL player.

A new trailer for the movie was just released, and in it, we catch a glimpse of Ioan Gruffudd, who, I'm guessing, plays some kind of British rich dude living in SoCal. However, mysteriously missing from the trailer is Kylie Minogue, who, according to IMDB, plays his wife. (Or maybe his sister?)

To the editor who cut this preview I ask: What the hell? Clearly you don't want to cater to every demographic possible. Still, enjoy: